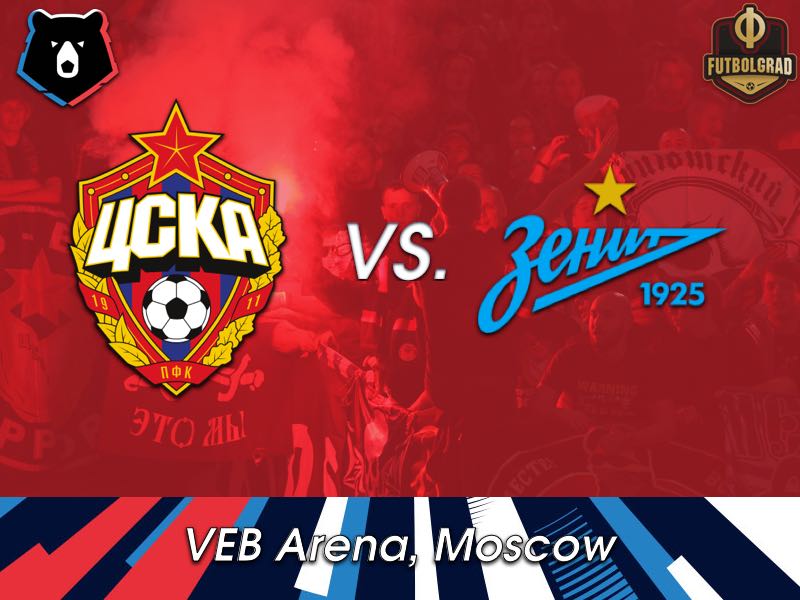 CSKA and Zenit rekindle rivalry in the derby of the capitals

CSKA vs Zenit will take place at the VEB Arena in Moscow. (Photo by Epsilon/Getty Images)

Known as the derby of the capitals CSKA vs Zenit is the closest thing to a countrywide Clasico, in Russian football. Culturally CSKA’s biggest rivals are neighbours Spartak Moscow with whom the club shares a rivalry that dates back to the time of the Soviet Union.

Since the end of Spartak’s dominance in 2001, it has been CSKA Moscow (six championships from 2003 to 2018) and Zenit (four titles in the same period), who have dominated Russian football. CSKA, in particular, have been a major force winning their last title in 2016 and finishing second in 2017 and 2018.

As a result, CSKA have been a regular in the Champions League, which has allowed the club to be successful despite a relatively small budget. The club has been mostly built by Evgenii Giner on the premise of bringing in young players and selling them with a profit to the West while at the same time relying on an axis of experienced Russian players.

That axis, however, has broken away ahead of this season. Sergei Ignashevich and the Berezutski twins Alexei and Vasily retired ahead of this season. As a result, CSKA Moscow are in the middle of a major rebuild under head coach Viktor Goncharenko. The club has picked up several exciting talents and now has an average squad age of just 23.5 years.

Although the likes of Nikola Vlašić, Fedor Chalov, Arnor Sigurdsson, Ilzat Akhmetov, and Rodrigo Becão have been fun to watch at times the lack of experience has also been evident. Fantastic results, like the 1-0 victory against Real Madrid, were often followed up by rather mediocre performances.

It is the typical plight of a team in transition that small mistakes lead to disappointments like it was the case against Roma midweek where defender Hördur Magnusson was sent off after receiving two yellow cards (of course CSKA were also unlucky that Lorenzo Pelligrini’s offside position on the second goal was overseen).

That inconsistency is also evident in the Russian Premier Liga this season. Only once did CSKA Moscow manage to win two games in a row this season – they beat Ural on matchday 6 and Ufa on matchday 7. As a result, CSKA are now fifth with 20 points from 13 games four points behind second-placed Lokomotiv and eleven points behind Sunday’s opponent Zenit.

Zenit look very much like the designated champions already. New head coach Sergei Semak has side play consistent football on a weekly basis, something that high profile coaches Roberto Mancini and Mircea Lucescu failed to achieve in the last two seasons.

The St. Petersburgers have dropped points on just three occasions in the Russian Premier Liga this season – against Spartak (0-0), Anzhi (1-2) and Dinamo Moscow (0-1). Almost flawless Zenit’s seven-point gap to second place seems hard to overcome by any of the followers as the rest of the league seems to be lacking the consistency that Semak’s men have shown throughout this year.

In truth, it is a remarkable transformation that has occurred in Russia’s northern capital. Zenit do not always play fancy football but instead, led by the amazing Artem Dzyuba, have finally understood the lessons from the last two seasons that Russian football is 80% work and discipline and 20% technical football.

Semak, in particular, has to take the credit for the transformation. In him, Zenit finally signed a coach who understands the league  – someone who does not rely solely on star power to get the job done. That is not to say Zenit lack star power. With Artem Dzyuba Zenit have a striker, who is finally using his full potential. Furthermore, midfielder Leandro Paredes, he will, unfortunately, miss the match on Sunday, is one of the most brilliant playmakers in Europe but the difference is that those players are now understanding the stage that they have to perform on.

It is, therefore, difficult to look beyond Zenit in this one. A victory on the weekend, in fact, could lay the foundation for the club’s fifth Russian championship (sixth overall including the one Soviet title).

CSKA vs Zenit – Players to look out for:

Arnor Sigurdsson could have been the hero against Roma. The 19-year-old scored his first ever senior goal on Wednesday against Roma. And what a goal it was! But unfortunately for Sigurdsson Roma would later add a second goal to their tally and to add insult to injury later replays showed that Edin Dzeko had touched the ball playing Pelligrini offside. Be that as it may, Sigurdsson was excellent showing the full potential the 19-year-old striker possesses and by scoring in the Champions League that potential could finally have the necessary adage of confidence to allow Sigurdsson to appear on the scoresheet more often. 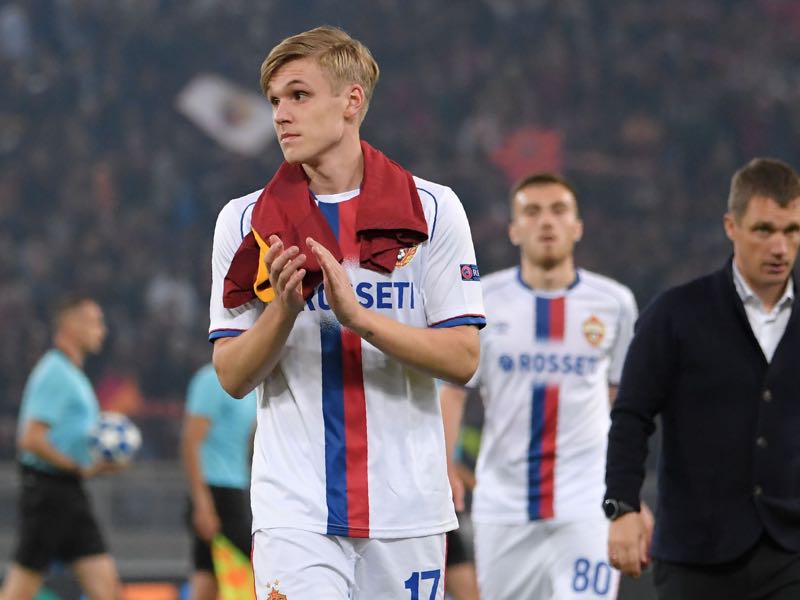