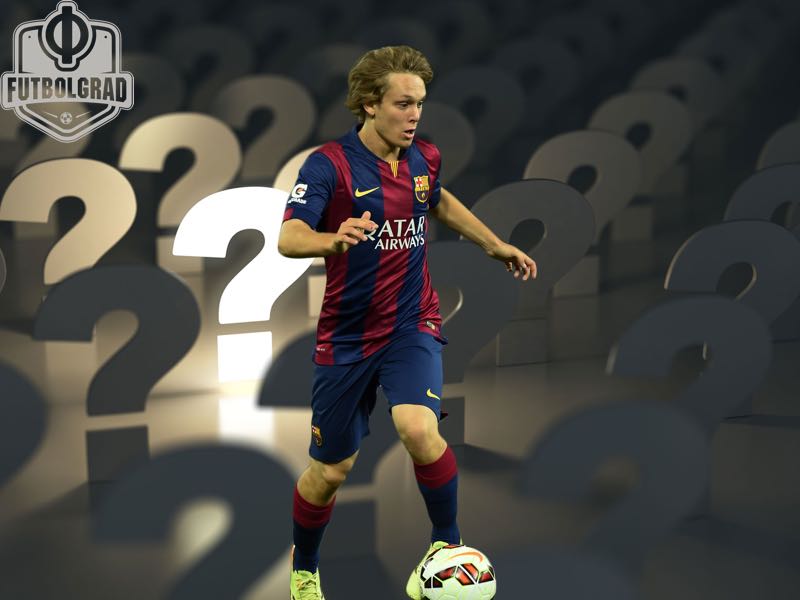 On January 13 Las Palmas made the trip from their home in the Canary Islands to Catalonia, to face newly promoted La Liga side FC Girona. What occurred was an absolute whitewash, as the visitors were torn apart through a combination of poor defending and lethal finishing from the hosts. With the score 3-0 to Girona, Las Palmas decided to make a substitution. Enter Alen Halilović, returning from a four-month knee injury to play competitive football for the first time in 2018.

Halilović showed promise during his 24 minutes on the field, but was mostly ineffective, as Las Palmas went on to concede another three goals and lose 6-0. Girona is only one and a half hours by car from the Camp Nou, but for Halilović, the once viable dream of earning a place in FC Barcelona’s first team, could not be further away as the disappointed Las Palmas squad left Estadi Montilivi. Once touted as the successor to Lionel Messi’s throne at Barcelona, Halilović’s decline has been evident since he initially emerged onto the world footballing scene.

At one point, the future indeed looked bright for the young prospect. Born in the beautiful Croatian city of Dubrovnik, Halilović was picked up by Croatian giants Dinamo Zagreb virtually in his infancy. For Dinamo, Halilović was a record breaker, becoming the youngest player to ever feature in a UEFA Champions League fixture and the youngest to score in Prva HNL history. Alongside fellow international teammate and current Real Madrid midfielder Matteo Kovačić, he was part of a young Dinamo Zagreb side that won plaudits across Europe for facilitating the emergence of the next generation of Croatian talent into their team.

Dinamo have been a selling club in recent decades

Dinamo have primarily acted as a selling club in past decades, supplying Europe’s elite sides with talent from the Western Balkans. Players like Luka Modrić, Vedran Ćorluka, Mario Mandžukić, Dejan Lovren and Marko Pjaca were all nurtured in Croatia’s capital. The club hierarchy, well aware of this, were quick to shoot down claims that both Kovačić and Halilović were leaving the side. However, it was not long before Inter Milan took Kovačić in 2013.

The following year, strong rumours emerged linking Halilović with a move away from Zagreb started to gain traction, perhaps the wildest coming in the form of a crazy double transfer to Tottenham Hotspur alongside fellow Dinamo prospect Tin Jedvaj. Eventually, however, a deal that could not be refused was brokered with footballing royalty FC Barcelona, and Halilović and his family made the journey to Catalonia to start his new life with the Spanish champions.

In theory, the move was fantastic for Halilović. Aside from the apparent advantages that come with playing for one of the world’s best footballing teams carries, Barcelona’s youth system, in particular, has proven to be notoriously good. All three Ballon d’Or finalists in 2010, Lionel Messi, Andres Iniesta and Xavi Hernandez, were raised by Barcelona at their La Masia complex. Furthermore, a brand-new training complex had opened only eight years before Halilović’s transfer, and in theory, this should have allowed his raw talent to be nurtured into a frightening prospect for opposition defences.

However, even to begin, Halilović’s time in Barcelona was riddled with difficulties and complications. 2014 was a controversial year for Barcelona, who faced a transfer embargo after it was discovered that they had broken the rules in signing underage players. As a result, it took over two months from Barcelona announcing that a deal had been made with Dinamo for Halilović.

The transfer’s stagnation was only the beginning of Halilović’s woes at Barcelona. Spending the year at Barcelona B, Halilović featured prominently for the side. However, his time in Barcelona’s second team was still marred with controversy behind the scenes. Club officials at Barcelona were less than impressed when Halilović’s father and manager, former footballer Saed Halilović, who hired a private football coach for young Alen. This not only undermined the plans of Barcelona B Manager Eusebio but also played a significant role in stunting his development. For Halilović, balancing the needs of two very different footballing minds surely a considerable burden to bare.

Alen Halilović was always heavily influenced by his father

Saed’s influence on his son’s career has been sizable. A good example was Halilović’s blocked transfer to Tottenham Hotspur. The move was shot down by Saed, who longed for his son to continue his development in Croatia. However, a measure of hypocrisy emerges if one examines the move in hindsight, as Halilović still made a move to Barcelona leaving Dinamo Zagreb for a lucrative contract in Spain. Further tension between Halilović’s camp and Barcelona saw the prospect loaned to Sporting Gijon during the 2014-15 season, rather than Barcelona B, reports emerging that Halilović and his camp were unhappy with playing for a side in Spain’s top tier. 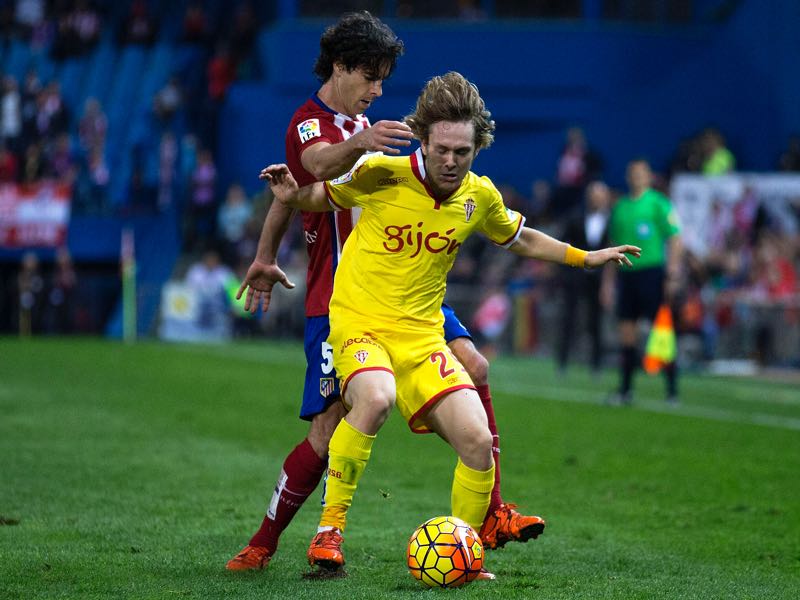 Alen Halilović played well while he was at Gijon. (Photo by Gonzalo Arroyo Moreno/Getty Images)

Despite Gijon’s low finish, however, the season saw Halilović ply his best and most consistent football since leaving Dinamo. Not only did his trademark speed, dribbling and work rate excel during his time on loan, but fans began to see even more end product to his game, Halilović recording five goals and five assists for the season, helping Sporting to keep their place in La Liga. While Halilović’s game had significantly improved, he was not deemed good enough to secure a spot in Barcelona’s first team, which of course was a decision that did not settle well with Halilović’s father, who we can only assume was promised the world by Barcelona when Alen signed with the club.

Barcelona chose to sell Halilović to Hamburg as he changed scenery completely. Hamburg was an opportunity for Halilović to carve out a name for himself in the Bundesliga and perhaps impress his former club enough to activate the €10 million buy-back clause installed into his contract. Halilović’s career at Hamburg did begin well under Bruno Labbadia.

The German was more than keen to lend Halilović plenty of chances to secure himself a place in Hamburg’s starting XI, playing a brand of attacking, but in unfortunately somewhat risky football, which ultimately led to Labbadia’s demise at the club. His departure in September, with Hamburg in relegation trouble yet again, saw Markus Gisdol arrive, who quickly eliminated players that were not fitting in with his tactical approach. Gisdol also felt that Halilović, and his ever-present escort, were disturbing the dressing room.

This spelt the end for Halilović’s place in Hamburg’s squad, and soon, the Croatian was surplus to requirements. Halilović spent two months out of Hamburg’s team and openly appealed to the club to let him leave the Bundesliga in January. A return to La Liga was on the cards, and Las Palmas were the team that eventually chose to gamble on Halilović, despite his stock significantly falling over the past year. Las Palmas felt like they were able to get the best out of Halilović once again and ignite that raw talent that quite apparently has always been there.

Halilović was immediately given the gift of regular football, something that Hamburg had deprived him of, and the Croatian finished the 2016-17 in good form, assisting twice. After a productive summer, this season also started well for Halilović, getting another assist against Malaga. However, only two games later it was announced that he had been ruled out for several months with a knee injury a massive blow for a player that was finally beginning to make an impact after regular football. 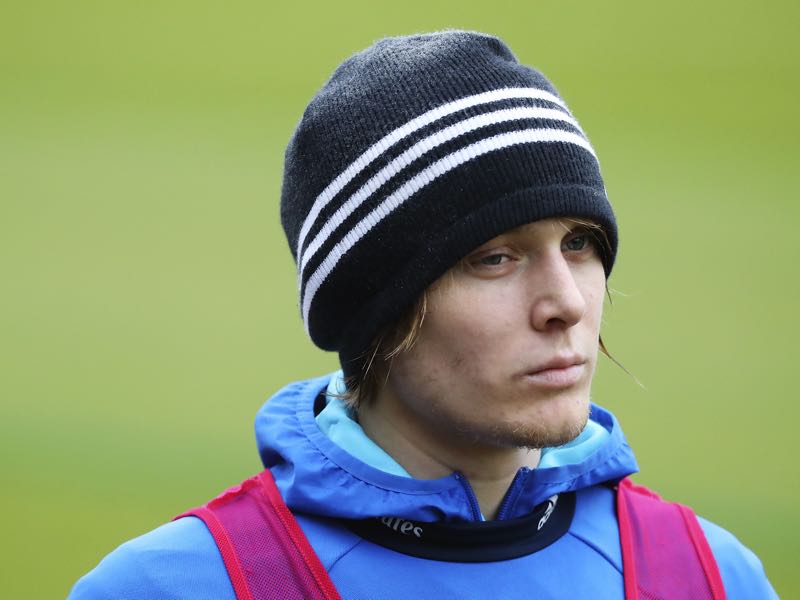 Things did not work out well for Halilović at Hamburger SV. (Photo by Oliver Hardt/Bongarts/Getty Images)

It seems setbacks—be it in the form of a manager unwilling to gamble on your talent during a relegation battle, or in the type of a crippling injury—have defined his career so far. Halilović is like a Ferrari with a broken gearbox, driven on dangerous roads by its driver; he has not been able to catch a break, and the behaviour of his father has not helped. Las Palmas could well be in for a relegation battle this season. If this happens, Halilović will need to be at his very best and recreate the drive that accompanied him during his time at Sporting Gijon.

Without a doubt, Halilović has plenty of talent. More importantly, he is still only 21-years-old, still in his footballing infancy. What remains to be seen is, can he filter out outside factors trying to manipulate his destiny, and avoid the bad luck that has plagued his career since he left Croatia’s capital. For Halilović now, playing football is critical, even if that means standing strong with Las Palmas as a small club crushes them from Catalonia, the same region where the future once looked so bright for the talented, but frustrating young man.