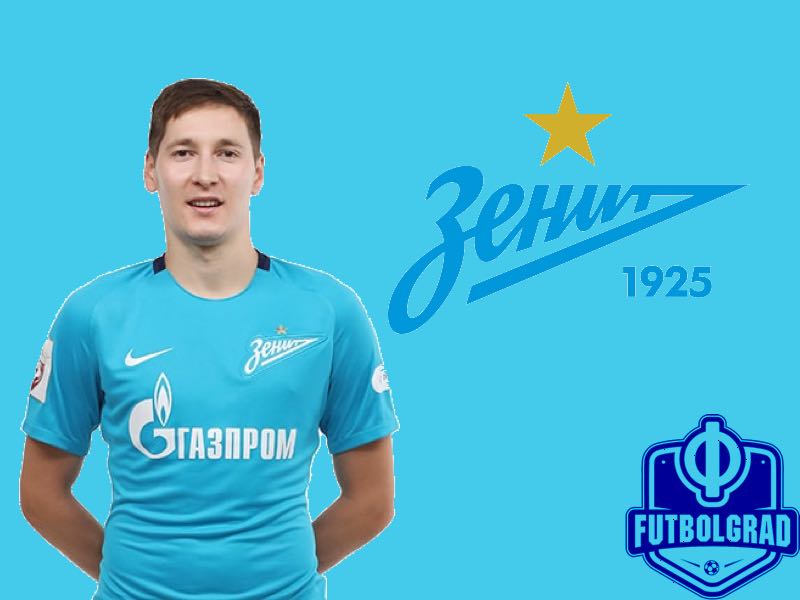 Daler Kuzyaev – From Academy Reject to Star in the Making

This week’s World Cup qualifiers meant that we now know the 23 out of the 32 teams that will be at the World Cup in Russia next summer. The international break also gave us another glimpse into Russia’s potential line-up. While the Sbornaya utterly disappointed the emergence of new and old players has meant that there is now a silver lining for Russia. One of those players is Zenit Saint Petersburg’s 24-year-old midfielder Daler Kuzyaev.

One year ago Daler Kuzyaev would have been on the radar of very few scouts when it came to putting together the potential Sbornaya squad for next summer. Born in Naberezhnye Chelny in the Republic of Tatarstan Daler Kuzyaev is the son of Adam Kuzyaev, who played for the local club KamAZavtotsentr Naberezhnye Chelny in the Russian Professional Football League (third division). His grandfather Kabir was also a relative successful football player playing for FC Pamir Dushanbe in the Soviet First League (second division). 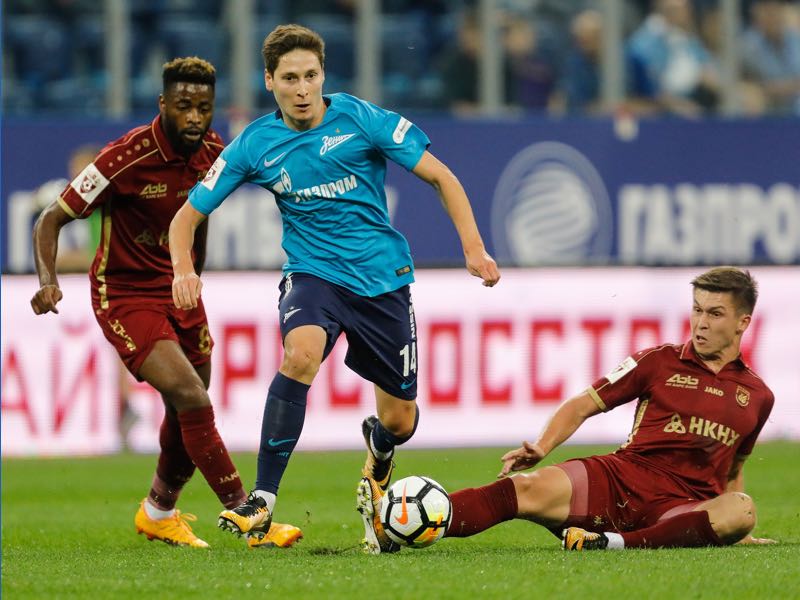 Despite being born in Naberezhnye Chelny, the Kuzyaevs are deeply anchored in Tajikistan were his grandfather spent his entire footballing career. It was only thanks to the journeyman career of his father that Daler Kuzyaev had an opportunity in the Russian league system.

In 1993 Adam Kuzyaev joined Gazovik Orenburg and would spend four seasons with the club. It was here that Daler Kuzyaev started playing youth football playing for Orenburg’s academy until 2004. Adam Kuzyaev in the meantime became the assistant coach at Gazovik and worked with the club until 2004 when he moved north to Sever Murmansk to begin his head coaching career.

The family in the meantime moved to Saint Petersburg with Daler Kuzyaev joining the youth side Kolomyagi in 2004. At this point, his talent was already apparent, and three years later Zenit Saint Petersburg came calling. A short spell at Lokomotiv Saint Petersburg aside Kuzyaev would undergo his entire youth education at Zenit.

Zenit, however, was not a comfortable club for youth players at the time. This was the time when Zenit would go out and spent record sums on players like Axel Witsel and Hulk. Daler Kuzyaev in the meantime left the club joining Svarog-SMU303 Saint Petersburg. At that point, his career appeared to be stuck before it had a chance to take off.

Kuzyaev managed a professional move though. First to Karelia Petrozavodsk to play in Russia’s second division. Although the team was officially located in Petrozavodsk, which is north of Saint Petersburg in the Republic of Karelia the team played its home games at the Petrovsky Stadium in Saint Petersburg.

Karelia like so many clubs in the region was a bit of a stillbirth—an ambitious project that was supposed to help grow football in the more significant Saint Petersburg region. A bit like Tosno today Karelia became a club from a northern provincial town turned the second team of Saint Petersburg. Lack of fan support and typical financial problems meant that the club soon failed and voluntarily withdrew to the third division.

For Daler Kuzyaev the club, however, provided an opportunity for first-team professional football and a jumping off point to another professional outfit. In June 2013 he joined Neftekhimik Nizhnekamsk. Located in Tatarstan Nizhnekamsk was a journey back to Kuzyaev’s roots in Tatarstan. Like Naberezhnye Chelny situated on the Volga Neftekhimik has been the farm team of Tatarstan’s biggest club Rubin Kazan.

Playing in the Russian Football National League (second division) Kuzyaev hoped that good performances with Neftekimik would lead to an opportunity with the big boys at Rubin. After 15 games in the second division that opportunity would indeed soon present itself—not with Rubin as he expected, but instead, Terek Grozny (now Akhmat) came knocking on the door.

From the Volga to Chechnya Back to Saint Petersburg

Making a move in February 2014, Kuzyaev had to wait for the opportunity to make his impression on the first team. In 2014-15 he finally broke into the first side of Terek playing 21 games in the Russian Football Premier League. He followed this up with another 21 games in the following year and 27 last season. In all three seasons with Terek Daler Kuzyaev never really stood out.

The main reason for that is that his style of play is seldom spectacular. Instead, Kuzyaev is Mister Reliable in the holding midfield role. Without ever showing any flashes Kuzyaev quickly established himself as the clockwork of Terek’s game and helped the club become one of the most stable in the RFPL.

The lack of flashy skills and spectacular contributions meant that his transfer to Zenit was a bit of a surprise. Even more so given that the Saint Petersburg giants had deemed Kuzyaev not good enough just a few years ago. But sometimes it is love at second sight. Furthermore, Roberto Mancini needed a midfielder, who could balance out his armada of flashy Argentinians that he had signed this summer.

Still, Kuzyaev’s signature and transfer for €4 million was a surprise. But that surprise quickly turned into elation for Zenit fans when he right away became a perfect fit for Zenit. Kuzyaev even added another set of skill to his repertoire scoring an assist and a wonder goal against rivals Spartak Moscow on matchday 4. That performance against the Russian champions, in particular, stood out as Kuzyaev was playing in right midfield rather than in his usual role as a holding midfielder.

That performance showed why Mancini was keen on signing the Russian of Tajik origin. Kuzyaev was reliable, athletic with a bombastic shot that never was entirely on display when playing for Terek in a much deeper role.

Starting regularly for Zenit in a role that brought out the best in his talent also meant that Sbornaya head coach Stanislav Cherchesov had taken note. The Russian national team, in fact, lacked a player like Kuzyaev, who can provide both stability and special moments from midfield, at the 2017 FIFA Confederations Cup. Playing as the central midfielder in Cherchesov’s 3-5-2 system Kuzyaev was one of the key players in Russia’s 4-2 victory over South Korea. Russia had a three-goal lead in the match when Kuzyaev was taken off, and it was only after his substitution that South Korea managed to score twice.

Like the entire team Kuzyaev then somewhat disappointed against Iran in Russia’s second friendly over the international break. But overall Kuzyaev has highlighted that he could become a key player in this squad giving Cherchesov another young option in a team that is slowly but surely showing some light in what had been a dark period just this summer during the Confederations Cup.