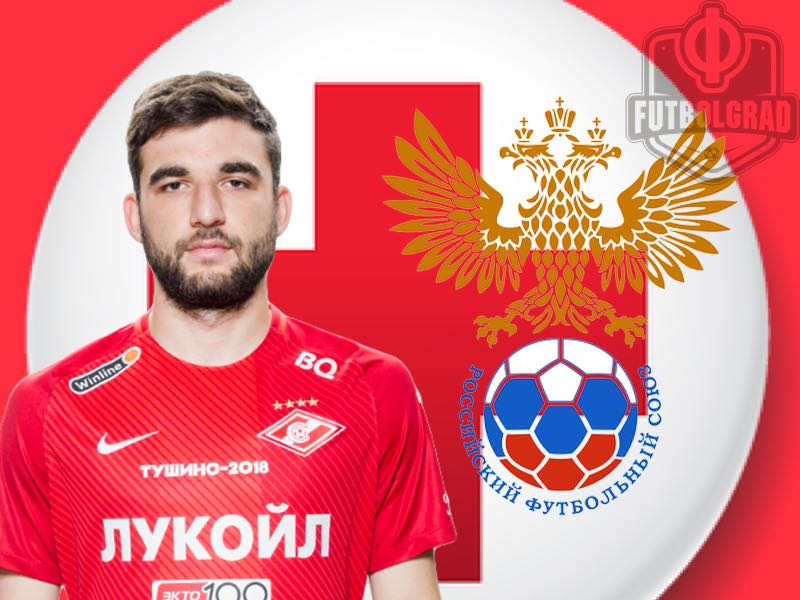 Defenders – Russia’s injury crisis in the back

How will the Russian national team cope at the 2018 FIFA World Cup? That has been one of the significant questions not just in Russia, but also around the world as Stanislav Cherchesov’s men received a major blow with two key defenders going down over the winter break.

The first piece of bad news arrived during Spartak Moscow’s training camp with Giorgi Dzhikiya going down with an ACL injury that will keep him out of next summer’s tournament. Stanislav Cherchesov has always planned to play with three defenders in the back and Dzhikiya’s injury on its own would have been a major blow for Russia.

But the problem was made even worse when CSKA Moscow’s Viktor Vasin went down with an ACL injury during the first leg of CSKA’s Europa League victory against Crvena Zvezda. The two injuries mean that Cherchesov now has to either adjust his side or scout Russian football for another player, who is suitable to play defence in the 3-5-2 formation.

Russia 2018 – Easy group but no defenders

Despite being drawn in a relatively easy group with Saudi Arabia, Egypt and Uruguay Russia have always been considered an outsider among United Kingdom based betting pages. Now with Russia’s backline even further decimated Stanislav Cherchesov faces some difficult decision when it comes to picking defenders for the upcoming World Cup.

In the last round of friendlies, which took place in November, Cherchesov picked Spartak’s Ilya Kutepov and Roman Neustädter as the other two centre-backs in Russia’s squad. Kutepov is Dzhikiya’s teammate at Spartak and Neustädter is one of the few Russians playing abroad – he is under contract in Turkey with Fenerbahçe. 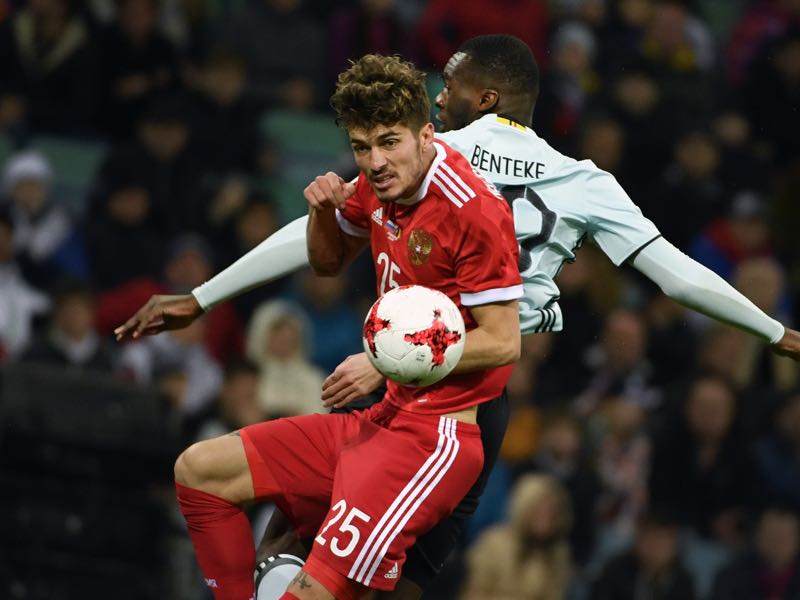 The problem is neither is very familiar with the 3-5-2 formation. Spartak mostly operate with four in the back, which means that Kutepov plays the formation primarily for the Russian national team. Neustädter in the meantime has played his best football as a defensive midfielder and even played one friendly for Germany in that position.

Both will likely make the squad for the tournament in Russia regardless, but are they enough to compensate for Dzhikiya’s and Vasin’s absence? The answer is likely now which means that Cherchesov will be looking at other options to strengthen his side.

One such option could be Ulan-Ude native Vladimir Granat, who has played nine times for Russia. The current Rubin Kazan defender is left-footed, which would make him a perfect replacement for Dzhikiya, and plays for Kurban Berdyev, who prefers to play in a defensive 3-5-2 formation.

A cultured defender Granat was last called up to play for Russia during the October friendlies against South Korea and Iran but did not feature in either game. In fact, Granat has not played for Russia since November 18, 2014, when the Sbornaya faced Hungary in a friendly. The injuries to Dzhikiya and Vasin could, therefore, be an unexpected door opener for Granat to feature at next summer’s event. 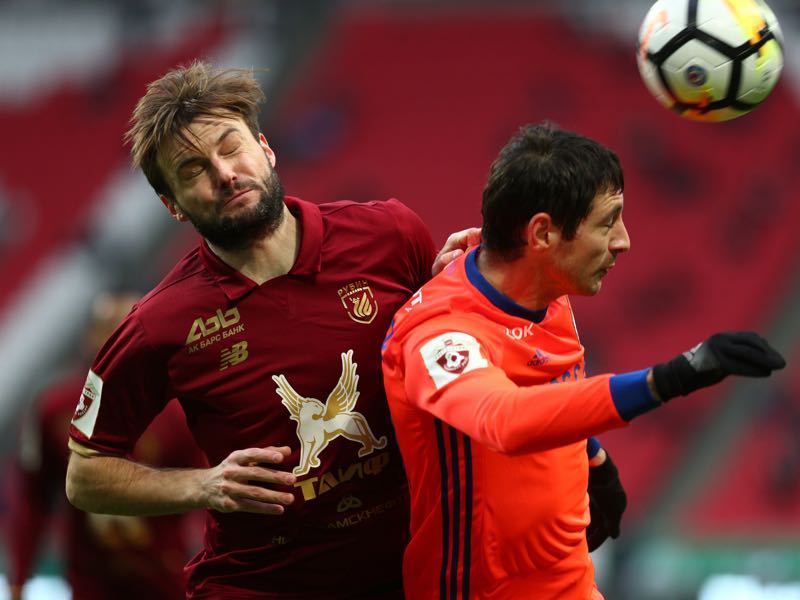 Vladimir Granat is used to play in a three-man defence. (Photo by Epsilon/Getty Images)

Granat alone, however, would not solve all of Cherchesov’s problems. Another option could be Granat’s teammate at Rubin Kazan Ruslan Kambolov. Kambolov already has the chemistry of playing with Granat and is familiar with the 3-5-2 formation and has previously played for the Sbornaya.

Another exciting option includes Aleksey Gritsaenko from Krasnodar. Signed from Luch-Energiya Vladivostok in the summer Gritsaenko is part of a Krasnodar side that is currently in the second spot in the Russian Football Premier League. Still only 22-years old Gritsaenko might be too young to be part of the starting lineup for Russia, but would be a good backup should any of the other defenders go down with an injury.

The final option would be to reactivate the Berezutsky twins or bring back Sergey Ignashevich. The three CSKA defenders know how to play with defenders in the back, but the European Championship in France highlighted that all three no longer are capable of playing as top defenders on the highest international level.

Manuel Veth is the owner and Editor in Chief of the Futbolgrad Network. He also works as a freelance journalist and among others works for the Bundesliga and Pro Soccer USA. He holds a Doctorate of Philosophy in History from King’s College London, and his thesis is titled: “Selling the People’s Game: Football’s transition from Communism to Capitalism in the Soviet Union and its Successor States,” which will be available in print soon. Originally from Munich, Manuel has lived in Amsterdam, Kyiv, Moscow, Tbilisi, London, and currently is located in Victoria BC, Canada.  Follow Manuel on Twitter @ManuelVeth. Or contact him via email: man[email protected]