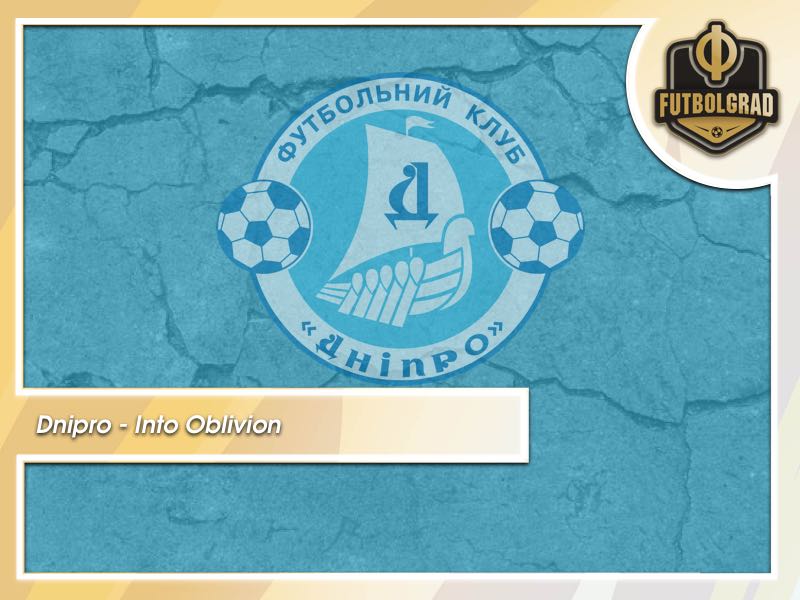 Dnipro FC – Ukraine’s historic club on the verge of oblivion

Five years ago Dnipro made history by reaching the final of the Europa League. There the club only narrowly lost to FC Sevilla, today the club disappeared from the map. Now five years later the club could completely disappear from the Ukrainian football map.

The club took the decision not to register for the amateur league this upcoming season. Founded in 1918 the club had their golden era in the 1980s. In 1987 Dnipro became the first Soviet club to become independent from state financing, which led to a golden era for the team.

Under controversial owner Ihor Kolomoyskyi the club was always a strong contender in the Ukrainian Premier Liha. The influential oligarch started to run into trouble following the Maidan demonstrations and a change of regime in Ukraine in 2013.

With his various business interests under pressure, Dnipro also started to feel the pinch. In May 2014 successful coach Juande Ramos left the club after finishing the 2013/14 season in second place, and later it would emerge that Dnipro had failed to pay him, and the club’s coaching staff, outstanding wages.

As a result, UEFA banned Dnipro from participating in any UEFA competitions for three seasons in 2016. But that was not the end of it, as Kolomoyskyi refused to pay his former coaching staff, the club was eventually deducted 12 points by FIFA throughout the 2016/17 season and then was relegated directly to the third division.

Now playing in Ukraine’s fourth division, the club was once again deducted points after failing to comply with paying outstanding debts. Deducted nine points the club finished in eighth place in the Amateur League Group 3. With the situation remaining difficult rumours appeared last month that the club could be liquidated ahead of the new season.

Then on Tuesday Donetsk Way tweeted that the club’s failure to register for the Amateur League means that the club’s operations have come to a halt. The youth sides have since moved over to Dnipro-1, a club founded in 2017 by two former policemen the club was promoted to the Ukrainian Premier Liha this spring but has no affiliation with Dnipro FC.