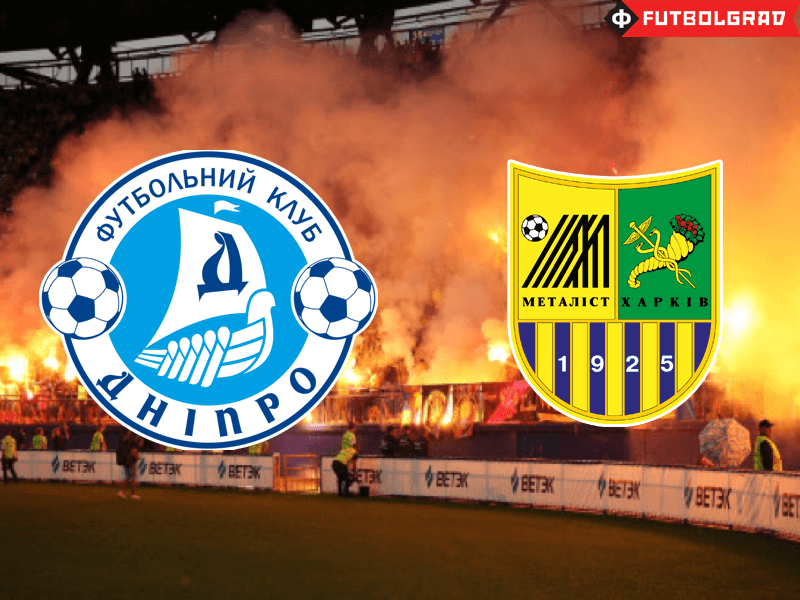 Dnipro vs Metalist Kharkiv – The Most Storied Ukrainian Derby

The best-known football rivalry in Ukraine is, without a doubt, the one between Dynamo Kyiv and Shakhtar Donetsk. The two clubs have conquered all Ukraine Premier League titles but one, and have finished in the top two in seventeen out of the past nineteen seasons. The stranglehold that these big two have on Ukrainian football is unlikely to be broken anytime soon.

This rivalry is a relatively new one. There was little enmity between the two clubs in the Soviet era, when Dynamo’s great rival was Spartak Moscow. It was only with the rapid rise of Shakhtar in the late 90s and early 2000s, when they emerged as the only real challenger to Dynamo’s hegemony, that the contest attained its legendary intensity and significance—and was named the Ukrainian Derby.

Long before the Dynamo versus Shakhtar contest became the most important in the league calendar, however, matches between Metalist Kharkiv and Dnipro Dnipropetrovsk were the most intense in Ukraine—for events both on and off the pitch.

In fact, the rivalry in football between the cities of Kharkiv and Dnipropetrovsk predates the match Dnipro vs Metalist Kharkiv. In 1938, the Soviet league system was reorganized and the top division was expanded, when the multiple groups were combined into one league. A year earlier, a club named Dynamo Dnipropetrovsk had finished 4th in Group C, ahead of both Spartak Kharkiv and SelMash Kharkiv. Nevertheless, the club from Dnipropetrovsk was excluded from the expanded top division, while both sides from Kharkiv gained entry despite their lower league position.

Dnipro during their Golden Era in the 1980s

The modern origins of the bitter rivalry between the two sets of fans can be traced back to 1983. In the early 1980s there was a burgeoning hooliganism movement—whose existence was never acknowledged by the state-owned media—among some Soviet football fans. In March 1983 Metalist traveled to Dnipropetrovsk for a Soviet Top League match and were accompanied by a group of away supporters.

According to the Metalist fans, they were attacked by a large group of Dnipro-supporting hooligans two hours before the start of the match. There were rumors that even Dynamo hooligans took part—Metalist and Spartak have historically been on friendly terms, much like Dynamo and Dnipro, so their dislike of Metalist is obvious. The hooligans stole their wallets, watches, and even jeans. It was one of the earliest incidents of mass violence in the history of Soviet football. 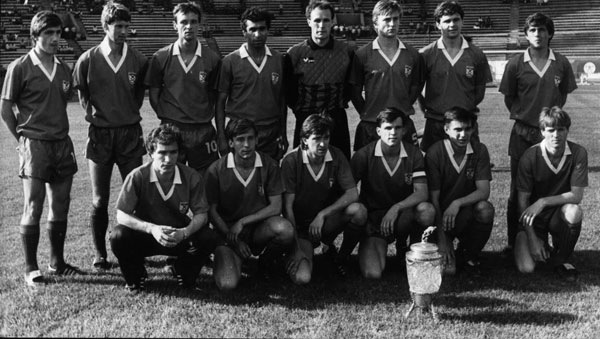 The breakup of the Soviet Union saved Metalist from relegation

Fuel was added to the fire in the waning days of the Soviet Union. Toward the end of the 1991 Soviet season, Metalist were desperately fighting relegation while Dnipro were comfortably mid-table. To stay up, Metalist needed to win their last two matches of the season, but also needed some help from their rivals. In the last two rounds Dnipro played Pamir Dushanbe and Pakhtakor Tashkent, two of Metalist’s direct competitors to avoid the drop.

Metalist did what they needed to do – they defeated Metalurh Zaporizhya and champions CSKA Moscow in their last two matches. Even one point taken by Dnipro from either Pamir or Pakhtakor would have been enough to stay up. But Dnipro lost both matches, and Metalist finished in the relegation zone.

In the end, the results didn’t matter. The Soviet Union fell apart and both Metalist and Dnipro gained entry into the newly-formed independent Ukrainian league. But rumors that Dnipro players were paid to throw the matches were rampant and escalated tensions between the two clubs.

Two years later Metalist got their revenge. With four matches remaining in the season, Dnipro and Dynamo were tied on points at the top of the table in the second independent Ukrainian football season. Dnipro traveled to Kharkiv and lost by a single goal, then went on to lose the title on goal difference. The dropped points against Metalist proved decisive.

Through most of the 90s Dnipro regularly challenged for trophies while Metalist languished in the First League following relegation in 1994. After acquisition of the club by businessman Oleksandr Yaroslavsky in 2006, however, Metalist improved rapidly and established themselves as the third best club in the country, regularly finishing above Dnipro. 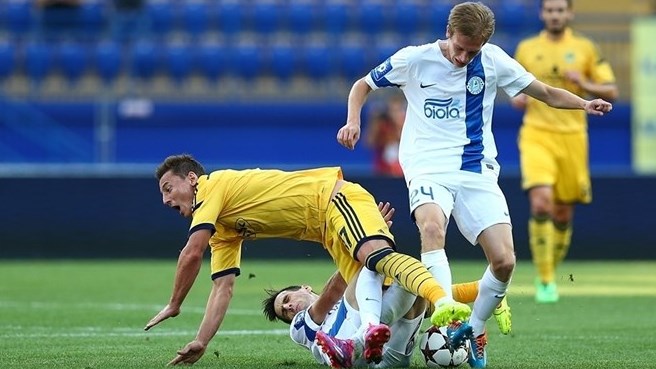 The Derby is a heated affair

But the violence on the field pales in comparison, however, to what goes on in the stands and outside the stadium. In April 2008, Dnipro ultras began to break off the wooden benches and hurl them at the Metalist supporters during a match in Kharkiv. The police got involved and severely beat some of the Dnipro fans—only the intervention of then Dnipro-captain Andriy Rusol helped calm things down.

In November 2012, about 400 Dnipro fans gathered outside the stadium following a match against Metalist and tried to break through the police barriers in order to attack the visiting Metalist supporters. Over two dozen fans were arrested. Such incidents were commonplace whenever these two sides play each other.

The two sides meet again on Sunday in Kharkiv, but this time, there will be no violence. Following the Maidan Revolution all ultras in the country declared a truce. Dnipro and Metalist ultras, once sworn enemies, marched side-by-side through the streets of Dnipropetrovsk last year singing the Ukrainian national anthem.

Another change is that the fortunes of the clubs have taken a turn for the worse. Metalist have been in dire straits financially since owner Serhiy Kurchenko fled the country after the revolution. The club’s best players boycotted the second half of last season due to unpaid wages, and most have since left the club. Dnipro are in better shape and were Europa League finalists just last season, but lately have also reportedly been struggling to pay wages. Owner Ihor Kolomoyskyi has shown little willingness to invest in the club.

Sunday’s derby, therefore, will be lacking its characteristic intensity. The historic rivalry between Metalist and Dnipro, however, does remain one of Ukraine’s most storied fixtures.