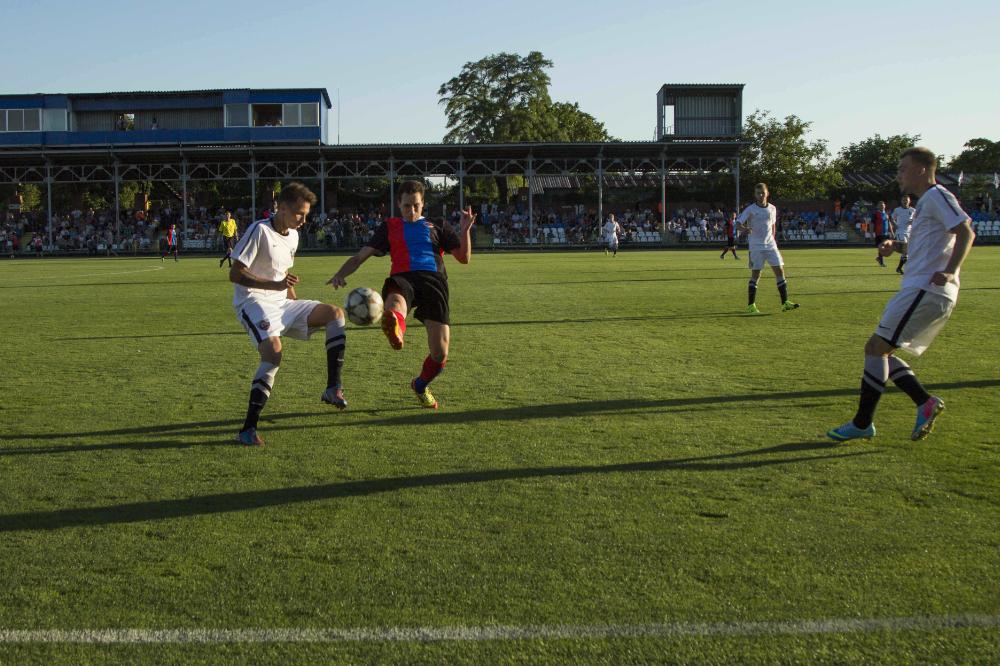 The events that unfolded evolved into the ongoing story of the Ukraine crisis. Violence tore the Ukrainian nation apart, and the Ukrainian government declared war on the rebels in Donetsk and Luhansk. By March 2015, the United Nations “estimated [that the] death toll caused by the contin[ued] fighting in Ukraine … surpassed the 6,000 mark” and nearly one million Ukrainian residents were displaced.

While the crisis has dramatically impacted Ukrainian citizens and its government, Ukrainian football, too, has been severely affected: several clubs were forced to abandon Donetsk. Shakhtar Donetsk, for example, was forced to play all of its fixtures in Lviv for both Ukraine’s domestic competitions and for the 2014-2015 UEFA Champions League competition. Most recently, Shakhtar faced the Turkish team Fenerbahçe in the 2015-2016 UEFA Champions League third qualification round and have since progressed to the playoff round, where they will face Rapid Wien, from Austria, for a chance to qualify for the competition’s group stage.

Despite the current crisis, the Ukrainian National Football Team and Ukraine’s domestic competitions have continued without interruption. But what of Donetsk and Luhansk? Reports from the United Nations reveal that, due to the war, the people in these self-proclaimed republics have suffered enormously. In an effort to gain the trust and support of the people, the governing body of the DPR has turned to football in an attempt to revitalize the Donbass region. Its goal is to establish its own football union, create a domestic competition, and form “a national side to eventually take on Ukraine.”

Since late July, efforts have been made to achieve these objectives. Igor Petrov, a footballer who won several titles with Shakhtar Donetsk in the Soviet Vysshaia Liga and Ukrainian Vyshcha Liha, was placed in charge of the DPR’s football league, and the DPR has created a number of clubs that will compete in its league. One week after the announcement, the DPR and LPR hosted their first match against one another, thus demonstrating that the DPR plan has progressed despite the conflict . The DPR won the match 4-1 and Denis Pushilin, the leader of the DPR, proclaimed the match as “the first sign of revival of [football] in the Donbass region.” Minister of Youth, Sports and Tourism Mikhail Mishin proclaimed that the match signified that the “city [had] returned to normal.”

The low turnout of fans at the match, however, told another story. Several supporters stated that mortar fire could be heard in the distance as the match commenced. In addition, one supporter present at the match said he left early because he was concerned for his safety; “the [large] crowed seem[ed] just right for an attack.” These stories confirm that the Donbass is still at war. The fact that the match was completed without incident is a good sign, however, time will tell whether football will prove effective in the effort to normalize the lives of the people in the DPR.