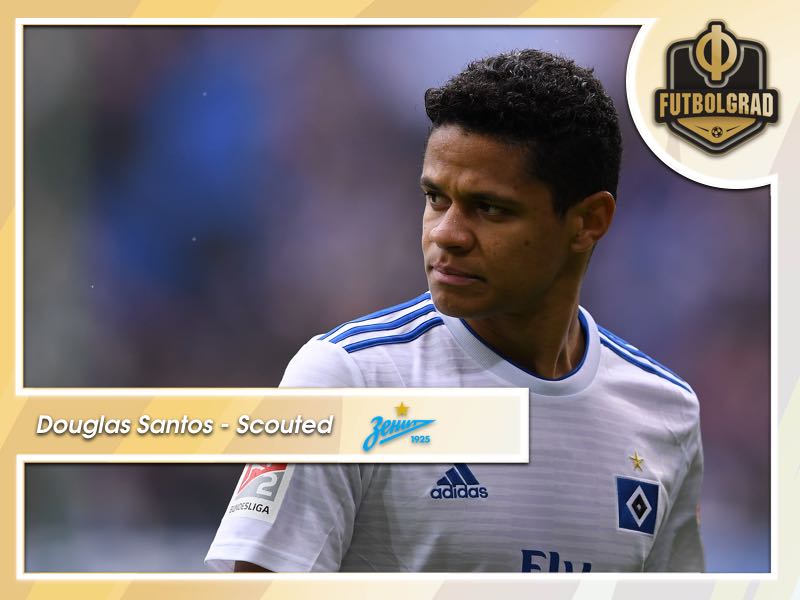 It is a transfer that could solve significant problems for two clubs. Brazilian Douglas Santos is on the verge of joining Zenit from German Bundesliga 2 side Hamburger SV.

“I will fly to St. Petersburg on Thursday to sort the final details,” Douglas Santos said to the Hamburger Morgenpost. The paper further reported that Hamburg will receive €12 million plus another €3 million in bonuses.

No Bundesliga 2 player has generated more money. Already last Saturday Douglas Santos did not take part in the training match against Buchholz (13-1). “We can’t take the risk if there is a significant amount of money involved,” head coach Dieter Hecking said to kicker.

Signed for €6.5 million from Atlético Mineiro in August 2016 Douglas Santos was a tangkasnet gamble for a brighter future for one of Germany’s most historic sides. The then 23-year-old left-back had been brilliant that summer for Brazil at the Olympic Games helping the Seleção to win a much coveted Gold Medal in the final penalty shootout against Germany.

For Hamburg Douglas Santos was the latest promise for a brighter future when he was signed two years ago. The left-back was signed alongside Brazilian Gold Medal winner Walace, who joined the club six months later.

Both Douglas Santos and Walace, however, never quite lived up to expectations. But to blame either Brazilian would be extremely unfair. Never relegated Hamburg did their utmost to end that record and finally achieved it in the spring of 2018.

Relegated to Bundesliga 2 Douglas Santos was right away put in the shopping window. Hamburg, after all, needed the money, Zenit were among the clubs interested but with the lack of Champions League money were unable to meet Hamburg’s demands. 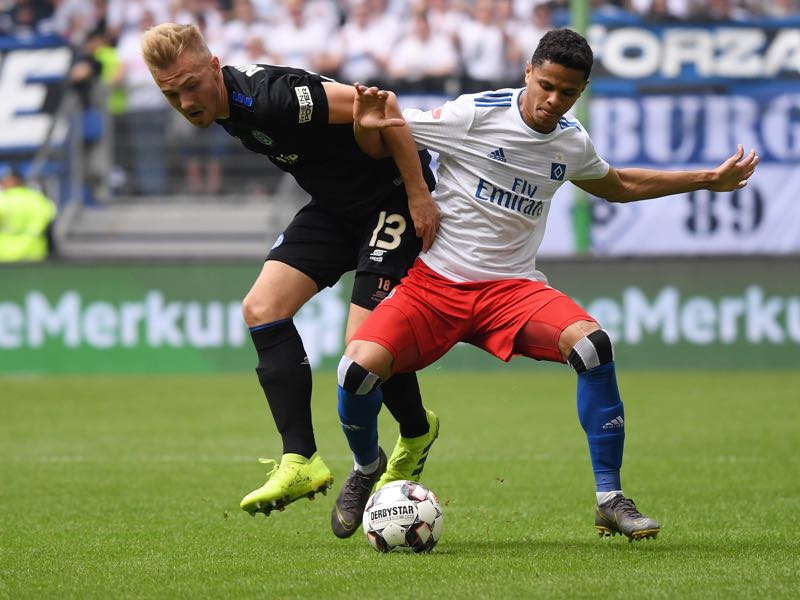 Douglas Santos (R) of Hamburger SV challenges for the ball with Lukas Daschner (L) of MSV Duisburg during the Second Bundesliga match between Hamburger SV and MSV Duisburg at Volksparkstadion on May 19, 2019 in Hamburg, Germany. (Photo by Oliver Hardt/Bongarts/Getty Images)

Not that Hamburg were in the position to make major demands. Needing the money HSV were in poor negotiation position. Furthermore, Douglas Santos had not impressed in 27 Bundesliga games (one goal).

The year in Bundesliga 2, however, has helped the Brazilian. While Hamburg threw away promotion in the final stretch, Douglas Santos was one of the few players that did well in Germany’s second division.

Hence, with the market value restored, Hamburg were able to generate much needed cash to strengthen other areas of the squad. Zenit, in the meantime, receive a much-needed left-back, who will add some depth to a side that will play in the UEFA Champions League next season.

Zenit have only Elmir Nabiullin listed as a left-back at the moment. Furthermore, Douglas Santos can play both in a four-man defence but also in 3-5-2 setup that Sergey Semak has experimented at times with last season.

In fact, no player in Bundesliga 2 made more progressive runs than Douglas Santos (88) last season. He was also ranked third with 48 through passes and fifth with 1688 passes. Furthermore, with one goal and six assists in his 33 Bundesliga 2 games, the Brazilian showed that he can contribute on both ends of the pitch.

All attributes that make Douglas Santos an ideal wide player for Semak’s system. Furthermore, Bundesliga 2 is considered among the most competitive second divisions in Europe and although more attacking minded than the Russian Premier Liga his numbers should translate well to the Russian top division.

Hence, with all this in mind, Douglas Santos’ transfer from HSV to Zenit will be a win-win for everyone involved. HSV receive the funds they need, Zenit, a player they desperately need and Douglas Santos will get to play in the UEFA Champions League.