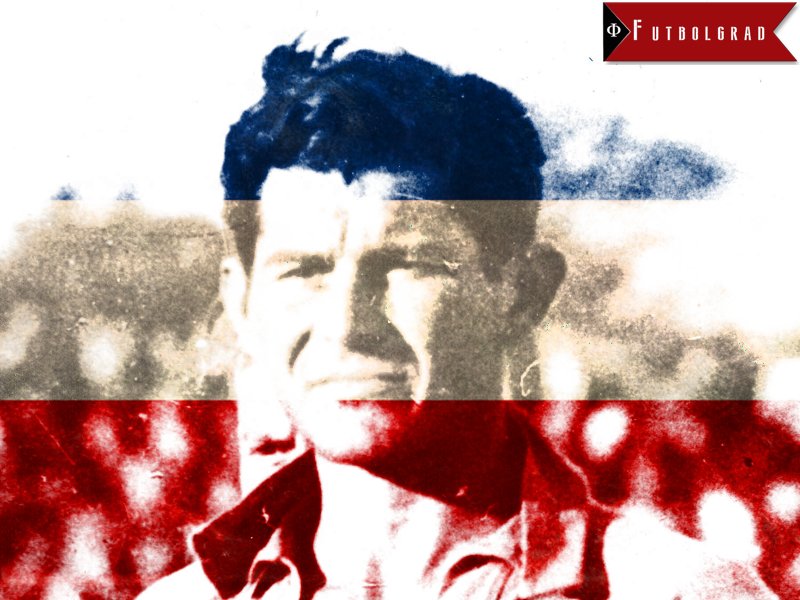 Dr Milutin Ivković is a well-known historical figure in Serbia. He was the Captain of his national football team, attained a medical doctorate in 1931, and was executed for Communist activities on May 24, 1943 by the Yugoslavian Government of National Salvation.

Ivković was Captain of perhaps the most successful Yugoslavian team of all time. During his time, the country took part in the 1928 Summer Olympics and finished in third-place at the 1930 World Cup in Montevideo.

In 2010, the team was immortalised in the film, Montevideo, God Bless You! At the 1930 World Cup, they were the only European side to make it past the Group Stages of the competition—France defeated Mexico 4-1 in the opening game of the tournament but then lost against Chile and Argentina to finish bottom of the group—both Belgium and Romania likewise finished bottom of their respective groups. 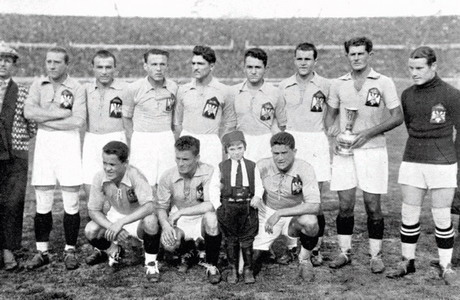 Yugoslavia, surprisingly, defeated Brazil 2-1 in their opening match of the tournament, with Aleksandar Tirnanić and Ivan Bek scoring. They met Uruguay in the Semi-Final, and before the match Milutinac (the name by which he was known) gave a rousing speech to his teammates: “Comrades, we are facing our toughest-ever match and the opponent will fight hard. To the press and the spectators we are considered austsajdere [outsiders]…Let us fight to the last breath and be true representatives of our country…Fight fair and win better!”

They were unfortunately defeated 6-1 by the hosts, but his comments that they were austsajdere and that all were against them proved to be true during the game. The most striking aspect of this match was not the high score of Uraguay but the refereeing—or rather lack of it—by the Brazilian official, Gilberto de Almeida Rego. Rego made the dubious decision to disallow a perfectly good Yugoslavia goal at 2-1, and mere minutes later Uruguay scored their third via a miss-placed pass which went out of bounds, only to be kicked back in-play by a watching policeman, and was converted by striker Peregrino Anselmo. Despite their loss, the team were given a hero’s welcome upon their return to Belgrade, with over 10,000 supporters gathered to meet them in the city centre.

Ivković had begun his career in the youth teams of SK Jugoslavija (the disputed predecessor to Crevna Zvezda, Red Star Belgrade) and worked his way to captain the red and whites from 1922-1929, playing 235 matches. He later moved to BASK Belgrade due to his “dislike of the politics at the club”, and finished his career in 1934, having accumulated over 100 appearances for the cross-city rivals.

Ivković has even united the Belgrade divide—with Partizan Belgrade holding a memorial on the 70th anniversary of his death and erecting a monument in his memory despite despite the fact that he played over 200 times for their hated rivals. Red Star fans repeatedly claim that they have no political allegiances, but they have always kept up their animosity toward Partizan. Even the Yugoslavian National Team has not been able to shift this divide. 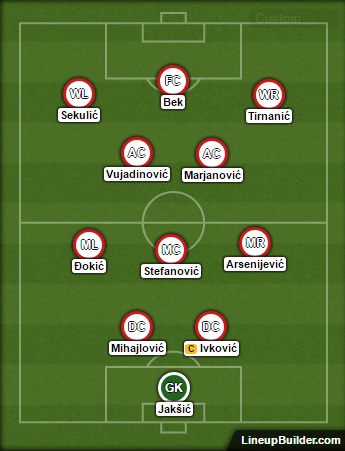 Yugoslavia vs Uruguay Ivković played in the back

Ivoković played as a full-back in the old 2-3-5 formation, and was known as a “quarter-back” in Yugoslavia, despite the fact that his position was more that of a libero like the German Franz Beckenbauer.

Ivković made his debut as a 16-year-old, and was described by his peers as unwilling to forget the street skills that he had learned when playing with his friends near the Kalenić market in Belgrade. Through self discipline and an inexhaustible work ethic, however, he was able to catch up on the tactical training that he had missed when playing on the street.

Ivković enrolled in medical studies at Belgrade University Faculty of Medicine in 1925—the same year he made his debut for the national team under manager Dušan Zinaja. Dr Milutinac—as he then became known—graduated with honours in 1931. He subsequently married Ella Pops, the daughter of the prominent lawyer Frederick Pops. Ella gave birth to two daughters, Gordana and Mirjana (born in 1931 and 1934 respectively), and Ivković, reportedly a devoted father, and took a step back from his footballing career to care for his young family. 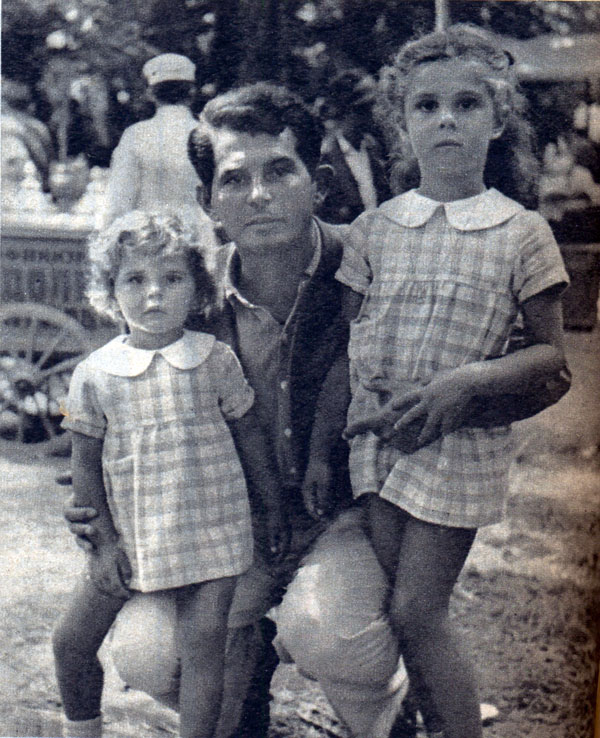 He also furthered his medical career by opening a clinic in the centre of Belgrade for the treatment of skin and venereal diseases. Many poor people reportedly came to him and took advantage of his philanthropy. He also served in military hospitals in both Belgrade and Slovenia, and completed his medical internship in Dobraćina Street during his time at the hospital. His wife, however, died of tuberculosis in 1938, and his daughters were left in the care of his mother, Mila—daughter of Duke Radomir Putnik, the Serbian Field Marshal.

Just after the Nazis began occupying the country, Ivković was invited to join military exercises in Leskovać in which he was able to establish contacts with left leaning groups, who later formed the Partizan movement. He then returned to Belgrade to aid the National Liberation Front from his office by transmitting messages and performing other underground work against the National Socialists who had occupied the country.

More importantly, he was also the editor of Mladost, the official newspaper of the National Liberation Front that was organised by the Communist Youth League. Although he did not fight for the movement when it first started in 1941, he was a key figure in the workings of the resistance movement that was commanded by Marshal Josip Broz Tito and a known supporter of the Yugoslavian Communist Party.

His allegiance to the Communist Party ultimately brought about his demise when the Nazis caught him at a football game. He had come out of hiding when urged by an invitation from his old comrades at BASK to play one last match to celebrate the 40th anniversary of the club.

He was caught and arrested by the Gestapo on June 24, 1943. The next day, in Jajince he was executed by firing squad. Now, 73 years after his death, the speech that he gave before the game against Uruguay is remembered as expressing the essence Ivković’s fighting spirit: “Let us fight to the last breath and be true representatives of our country!”