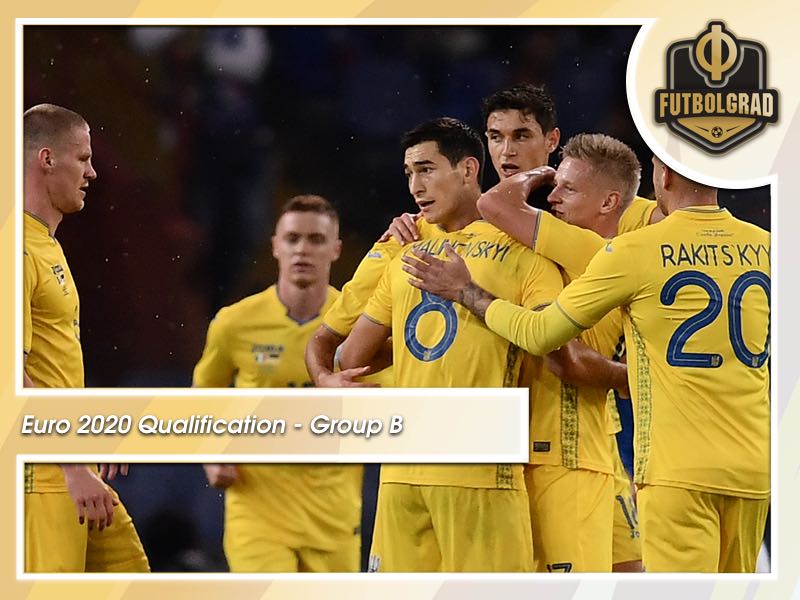 Ukraine and Serbia face Portugal, Lithuania and Luxembourg in Euro 2020 Qualification Group B

First, for the first time in the competition’s history, a host nation will not qualify directly for the tournament. Instead, all the national teams must compete for a place in the finals.

Second, only the top two national teams will qualify directly from the group stage. This means that 20 teams will directly qualify from the ten groups. The remaining four teams will be selected via the standings of the inaugural UEFA Nations League. The 16 teams have been already guaranteed a playoff spot for the European Championships. Once the first round of qualifications has ended, the second round will commence. These 16 teams in the second round will be broken up into four groups. The teams within a group will compete in a semifinal and final match, with the victor gaining a place in the tournament.

Following the announcement of these new changes, the draw for the Euro 2020 qualification group stage commenced. The 55 national teams now know their fate. The first series of matches will commence on March 21, 2019.

Ukraine were drawn into Group B with Portugal, the current champions of Europe, Serbia, Lithuania and Luxembourg. While these five teams will compete for direct qualification, Portugal, Ukraine and Serbia will have some breathing space. This is because they won their respective groups in the UEFA Nations League. Hence, at a minimum, they are guaranteed a playoff spot for Euro 2020.

How will these teams fare in Group B?

Having won the 2016 European Champions in France, Portugal are the reigning champions of Europe. Since their strong performance in UEFA’s most prestigious competition, the Portuguese have built upon their successes. Most recently, they won their group in the UEFA Nations League. Having overcome Italy and Poland, Portugal also has qualified for the UEFA Nations League semifinals, which coincidentally will be held in Portugal. Should they manage to win the inaugural UEFA Nations League, this will put them in prime position for the upcoming Euro 2020 qualification period. They will surely be the team to beat. Having already secured a qualification playoff spot for the competition, Portugal are tipped to win the group.

Ukraine have also enjoyed their own spell of success. The Zbirna celebrated their first major achievement under Andriy Shevchenko’s managerial tenure. The Yellow-Blues won their group in League B with a match to spare. Moreover, they went undefeated in nine of their ten international matches in 2018. The Eastern European side has significantly improved under Shevchenko, and they will look to build upon their performances in 2019. Having missed out on the 2018 FIFA World Cup, the Zbirna will look to make amends by qualifying for the European Championships.

Like Portugal and Ukraine, Serbia also won their group in the UEFA Nations League. The Serbs competed in League C against Romania, Montenegro and Lithuania. During this period, the Serbs won four of their six matches and drew the remaining too. Moreover, they only conceded four goals in six matches, and they kept a clean sheet in three of their six matches. While Portugal are tipped to win the group, the second qualification place will be a toss-up between Ukraine and Serbia.

Lithuania struggled in the UEFA Nations League. Having been pared with Serbia, Romania and Montenegro, the Lithuanians failed to earn a single point in the competition. They scored only three goals in six matches and conceded 16. Should Lithuania have any hope of qualifying for the Euro 2020 competition, they will need to significantly improve their defence. They will also have to improve their goalscoring form. Otherwise, if these issues are not addressed, the likelihood of qualifying for the sixteenth UEFA European Championships will be slim.

Luxembourg were unlucky to have missed out on a Euro 2020 qualification playoff spot. Having competed in League D, the Luxembourgers were paired with Belarus, Moldova and San Marino. Although they had a respectable goal difference of positive seven and scored the most goals out of any team in their group, they were unable to win the group. They finished four points behind group winners Belarus and thus missed out on a playoff spot. Although they fared well in League D Group 2, it is likely the Luxembourgers will struggle in this group and will thus miss out on the European Championships.