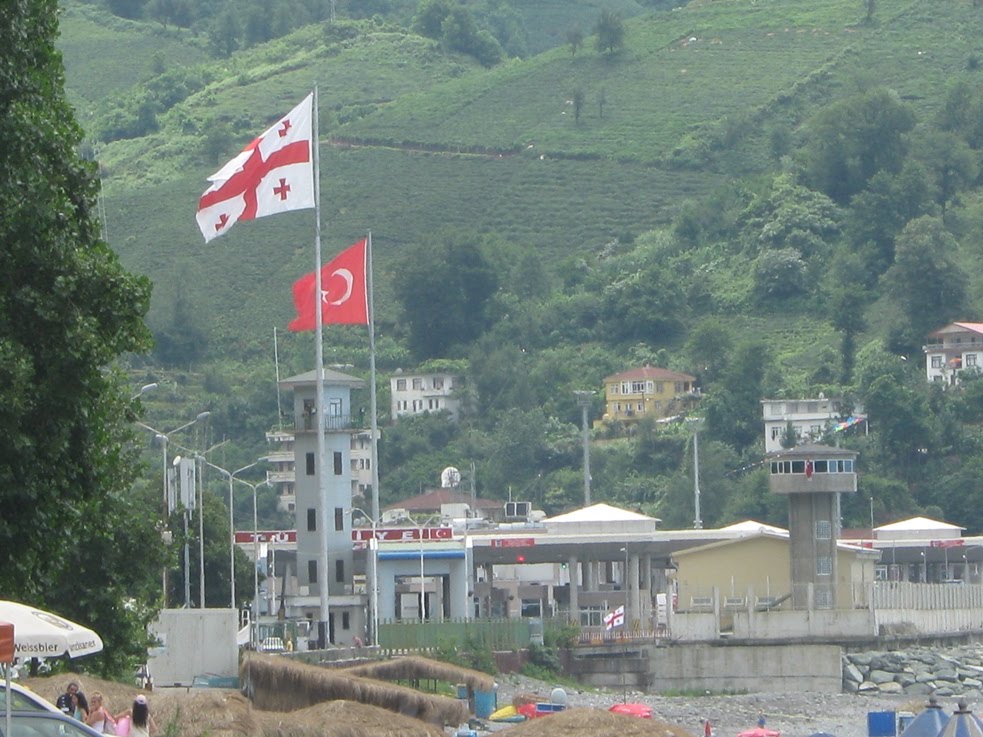 Following two matches and 210 minutes without a goal, it came down to penalty kicks which the Georgian hosts won in front of a noisy “home” crowd at Mikheil Meskhi Stadium in Tbilisi (Georgia’s second national stadium and the default venue for most European ties not involving Dinamo).

Defeat for Bursaspor, a club with several times the budget of their Georgian opponents, was upsetting enough without Tornike Mumladze, scorer of Chikhura’s winning penalty, removing his shirt before racing the length of the pitch to taunt the visiting 250 Turkish supporters. 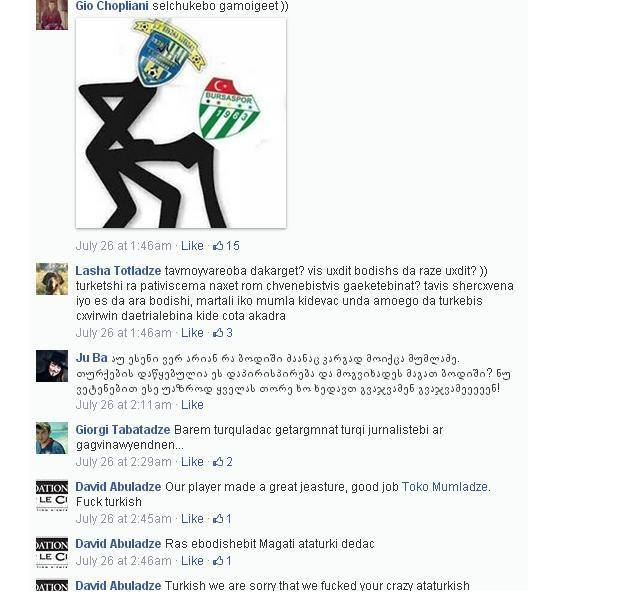 Fury ensued from the Bursaspor section with broken seats and other missiles hurled toward the Georgian attacker before the local police waded in with batons to drive the irate Turkish fans to the top of the stand. On the pitch meanwhile, the Bursaspor players suddenly exhibited a passion for their club, which had been absent for most of the tie, with both sets of players engaging in a 40-man scrum.

When peace broke out, Mumladze was yellow carded while the visiting supporters were kept inside for another hour to cool down.

Embarrassed by the post-match chaos, Chikhura released a statement on its Facebook page in English, which read: “Our player’s conduct is unacceptable to us. That hampers the friendly relationship between Turkish and Georgian people.”

The comments which followed, from both sides, were less diplomatic as graphic insults and cartoons were exchanged.

This contentious scene  seemed to contradict the tranquil connection between the two countries. On a state visit to Georgia in May, Turkish President Abdullah Gul spoke of the “solidarity” between the nations and an “intimate and robust bond.”

On an economic level, the two countries need one another with Georgia lacking in valuable raw materials and Turkey’s spatial mobility restricted. Turkish relations with Georgia’s southern neighbor Armenia remain adversarial with borders between the two firmly closed. Therefore, Turkey’s only trade route over land with its energy-rich ally Azerbaijan is through Georgia. 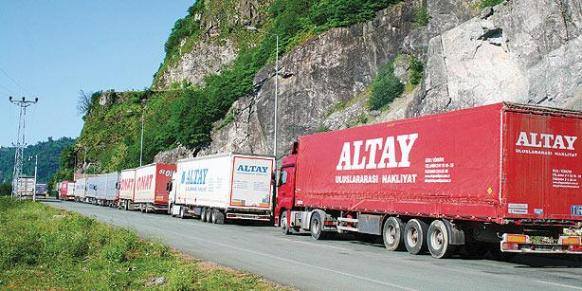 The frightfully inadequate East-West Highway across Georgia is saturated with Azerbaijani and Turkish lorries and trucks as a result. Easing the burden on Georgia’s creaking road capacity, a railway project connecting Baku, Tbilisi and Kars in eastern Turkey is set for completion by the end of 2015.

Azerbaijani President Ilham Aliyev claimed in 2005 that the project would put Armenia into “complete isolation” a statement that was unlikely to deter Turkey.


Similarly, Georgia acts as an oil link between Azerbaijan and Turkey, through the 1100 miles long Baku-Tbilisi-Ceyhan pipeline. With a capacity of 1 million barrels of oil per day, it plays a crucial part in Turkey’s energy infrastructure and serves countries further to the west as well.

Neighbourly Tension – From the Meskhetians to a Minaret

Despite this mutually beneficial arrangement, some simmering tension between Georgians and Turks has been evident in recent years. In the build-up to the 2012 Georgian presidential elections, EurasiaNet’s Molly Corso described an increase in anti-Turkish sentiment particularly in the revamped coastal resort city of Batumi, less than 20km from the Turkish border. 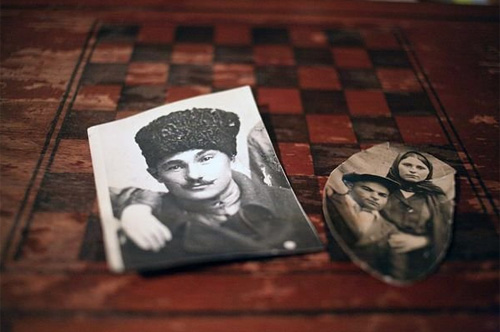 With repatriation slow, Georgia’s Meskhetian Turks are becoming a fading piece of history

A more historic and far more expansive example of disharmony was Stalin’s deportation of tens of thousands of Meskhetian Turks during the Second World War whose repatriation began only recently and not without serious difficulty.

Meanwhile, In August 2013, a minaret was removed by authorities in the village of Chela in the Samtskhe-Javakheti region (formerly home to the Meskhetians) which drew protests from local Muslims including some Turks. Tamta Mikeladze of the Tbilisi-based non-governmental organization Human Rights Education accused the government of “partial bias” toward the country’s Christian majority.

The taunting of a few Turkish supporters is meager by comparison but for some regional spectators it adds another layer to growing friction in Turkish-Georgian relations. 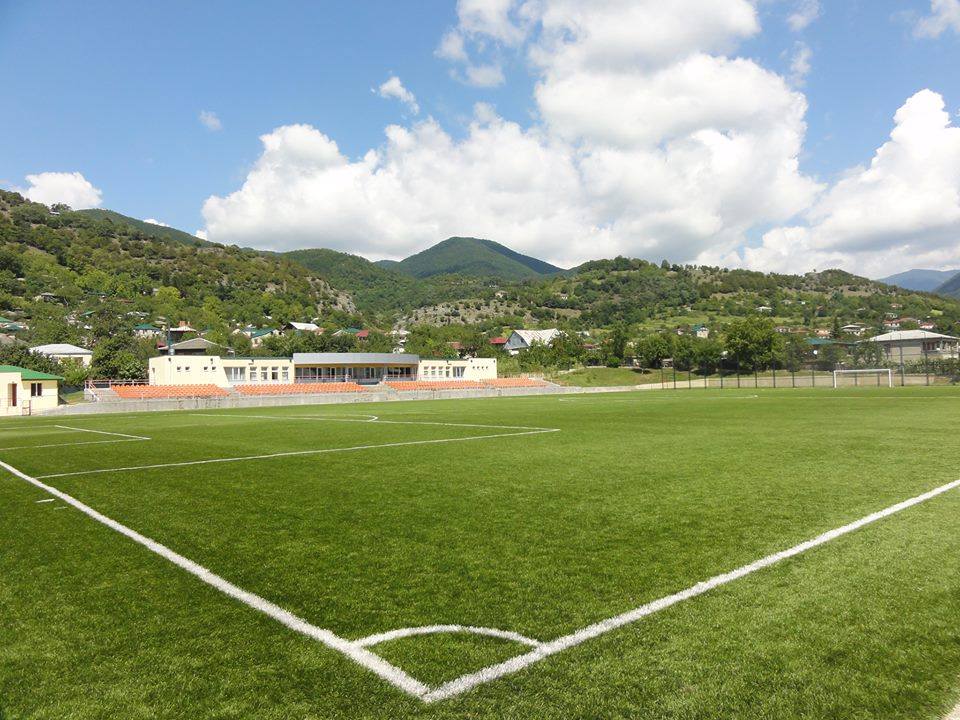 Mumladze’s ill-advised celebration was no more than childish bravado, which sullied the greatest night in the club’s history. Chikhura, hailing from the same town in which former prime minister Bidzina Ivanishvili attended school, have never won a major domestic honour in Georgia and are competing for only the second time in European competition. Indeed, the 2014-15 season will be just their fourth in the Georgian top flight.

The post-match contention brought some local ill-feeling to the surface, even if Chikhura’s assertion that they had soiled Turkish-Georgian relations did appear somewhat overblown.

Nevertheless, perhaps it is fitting that Chikhura, clearly wanting to steer themselves away from international incident, face another club from its neighbourhood in the next round – Azerbaijan’s Neftchi Baku.