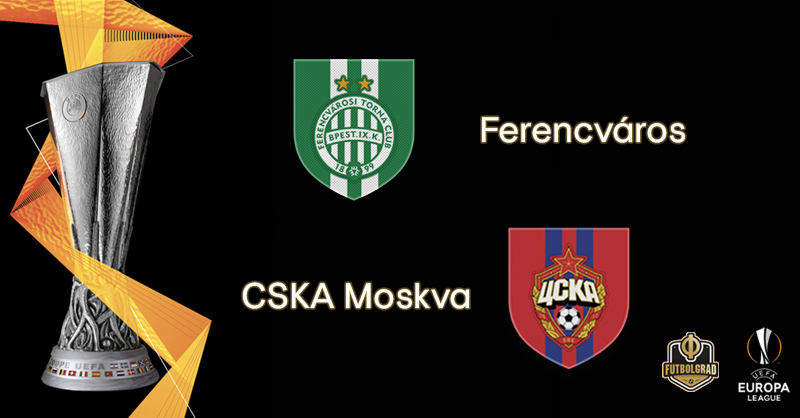 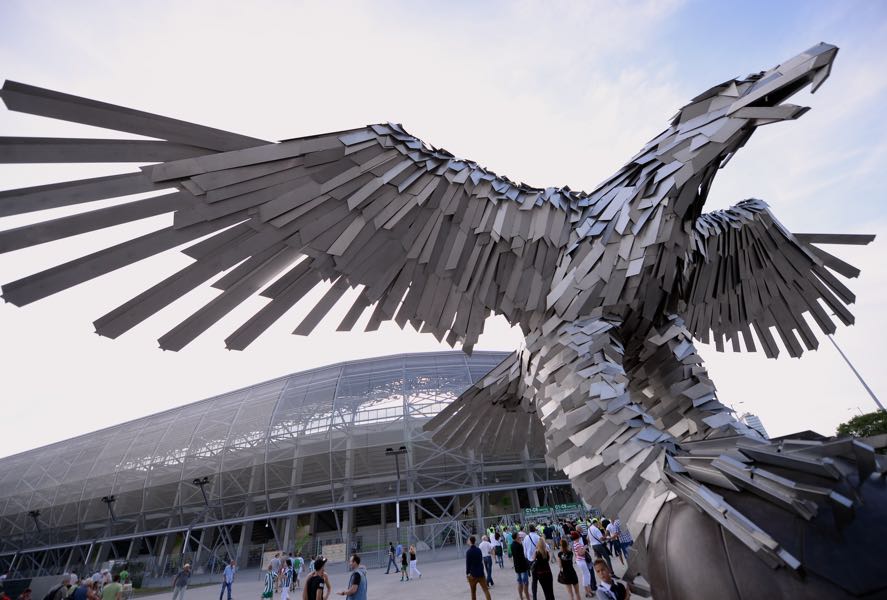 When the Europa league draw pitted Ferencváros against CSKA Moscow and Espanyol in Group H of the Europa League, few gave them a chance of escaping to the knockout stages. Perhaps it was doing a disservice to the consistently sterling job Serhiy Rebrov has done since taking over at the Hungarian champions; they have shown intelligence to their play in Europe instead of panicking about the stage. Against CSKA in Moscow, for example, they made 39 clearances – three times as many as their hosts – and blocked 21 shots, but had almost as many touches as their hosts and made twice as many dribbles.

Throwing away possession for the sake of territory like a rabbit in the headlights is not something the former Dinamo Kyiv striker will accept. Even Rebrov himself would hardly claim to have intentions on winning the competition, though, so it is hard to tell exactly what his ambitions are. Domestically they are well set with a game in hand in the league sitting level on points with two title rivals, and overall they have lost just one competitive match since August. Champions League qualification will, of course, be high on the list for obvious financial reasons, so winning the Hungarian title will be of more long-term importance than progression in the Europa League from an off-pitch perspective.

This summer they actually beat their current Group H rivals, the wealthy Bulgarian outfit Ludogorets, home and away in the qualification stage for Europe’s elite competition. That alone should give them confidence to aim for more than basic pride. Coupled with CSKA’s own frailties, it would not be hard to see why the temptation to see how far they can actually go becomes a very real matter. The club haven’t made a European final for well over 40 years, and while they won’t be expected to get anywhere near repeating that feat, a win at home this week could go a long way towards enabling a more than valiant effort.

CSKA have been so desperately disappointing this season in Europe that the pressure is already edging towards despair. A solitary goal on the opening matchday, eight conceded goals, and three defeats makes their record at the halfway stage of the Europa League groups the worst of all teams in the competition with the exception of Astana. Even then, the Kazakh side pushed Manchester United all the way at Old Trafford with far fewer resources and talent at their disposal than CSKA have, so they can still hold their heads high.

The long-term rebuilding process requires patience, of course, and credit for being implemented. The average age of the first-choice lineup is just over 23 and includes a lot of minutes on the pitch for such young players. Adding a striker to complement Fedor Chalov – and offer him some much-needed respite and rest – would go a long way towards improving their fortunes. For now, though they must make do with trusting in their youthful approach. For all the forlorn picture this paints in the short term, it is not as desolate a landscape for CSKA as you might think.

Away to the champions Zenit St. Petersburg this weekend they took the lead and looked confident until they were reduced to 10 men for a very harsh call on Jaka Bijol. They remain within three points of guaranteed Champions League group-stage football and have the reassuring safety net of an eight-point cushion down to a sixth place, meaning at the very worst, barring an utter catastrophe, they will at least have Europa League football next season. There is only so long excuses of the side being young and inexperienced will hold water though; in Budapest, they have one last chance to save their European season.

It has not been a straightforward path to the Europa League for Nguen. The Norwegian youth international represents the Hungarian champions having been born in a refugee camp in Kenya to South Sudanese parents 26 year ago, before moving to his adopted country at a young age. Ignoring the geography of his storied path, his playing career has been equally potted. He has only racked up 9,000 playing minutes since his professional debut eight years ago, and after a couple of loan spells only really claimed a first-team place three years ago. This season he has had an undoubted impact with six goals – just one short of his personal season record – thanks to his strength on the ball out wide. With Mario Fernandes’ habit of getting forward, there is an opportunity for Nguen to punish CSKA on that flank. 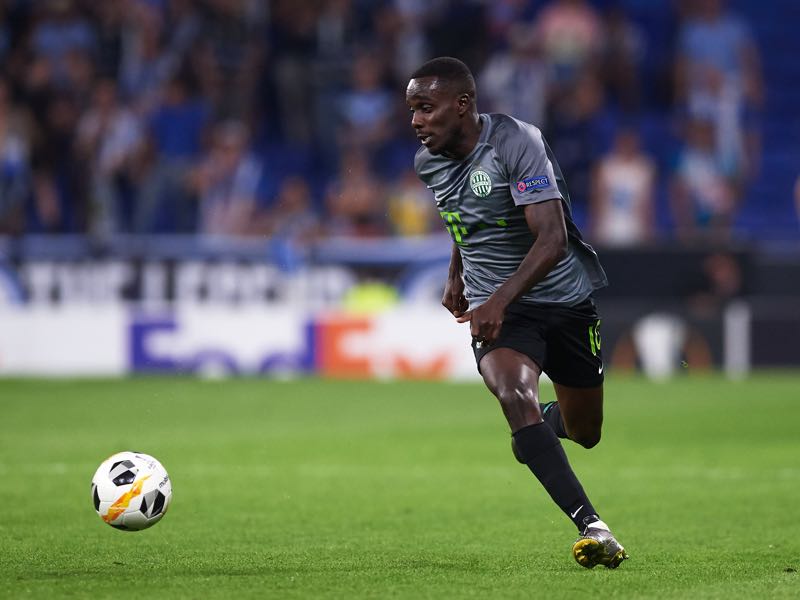 This has been a testing season so far for the pinnacle of CSKA’s attack. Since finishing last season as the Russian Premier League’s top goalscorer, he has been ignored by his national team coach, has missed penalties for his club, and has still only managed four goals in 20 appearances. Perhaps it is a lack of competition that is not creating the intensity he needs to bring out the best in his game; he has barely missed any minutes for the first team. Whatever his struggles on the pitch, his talent is beyond question. When he combines effectively with Arnor Sigurdsson and Nikola Vlasic, the flow to CSKA’s attacks is almost unstoppable, even if he is not the one on the end of the chances they create. 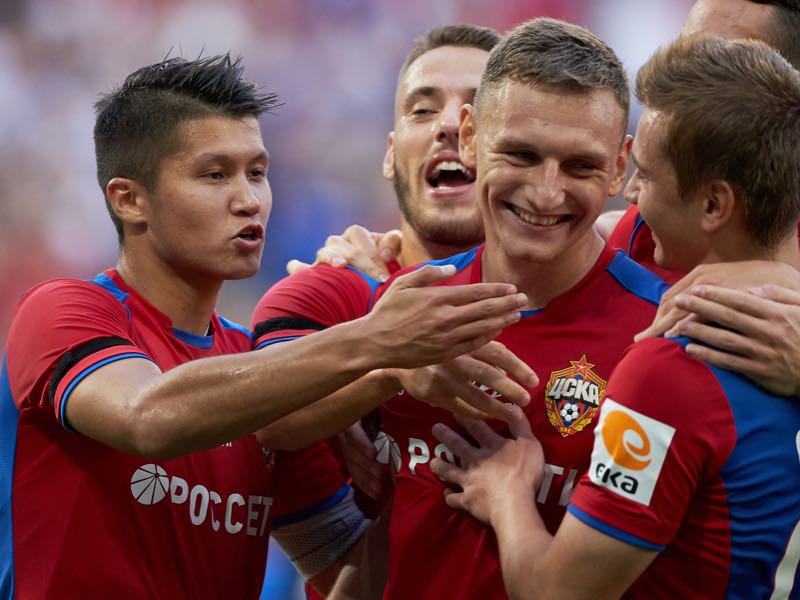 Fyodor Chalov (C) and his mates of PFC CSKA Moscow celebrate a goal during the Russian Football League match between PFC CSKA Moscow and FC Lokomotiv Moscow at Arena CSKA stadium on July 28, 2019 in Moscow, Russia. (Photo by Epsilon/Getty Images)