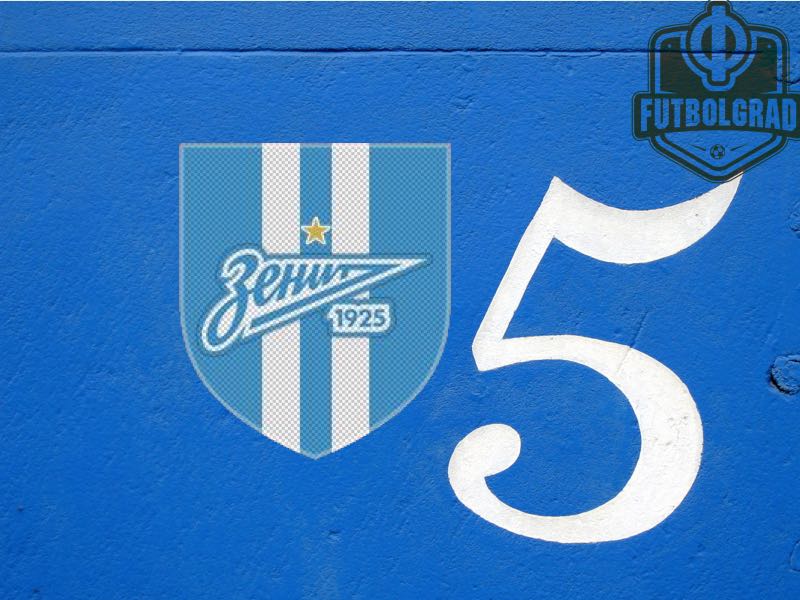 Five Reasons Why Zenit Will Win the Title

The Lokomotiv game was only a blip—Zenit will still win the title.

I say this not as a partisan fan—I don’t love Zenit like I did when they were a ragtag bunch lucky to get fifth place—but as a fan determinedly taking the long view.

Futbolgrad’s editor-in-chief recently suggested to me that things may not be so clear-cut given how flaky Zenit’s form has been. He’s not wrong, but that seems a good a point as any to start my article with: Everyone’s so inconsistent this year.

First: Everyone is inconsistent this year

Name me a team that might put together a long unbeaten run in the second half of the season. Champions Spartak are perhaps most likely but seem to be struggling for motivation following last season. CSKA and Krasnodar are in ‘transitional’ seasons and seem incapable of aiming higher than third place.

Yuri Semin’s Lokomotiv are leading the pack of title challengers at the moment. (Photo by Epsilon/Getty Images)

Lokomotiv are the year’s surprise package—Yuriy Semin has made a successful return to the club, rebuilding something of the ‘family’ that his Lokomotiv team were previously renowned for. Against Zenit, they defended resolutely and counter-attacked intelligently to exploit a fairly slow Zenit back line, but Lokomotiv have not looked so convincing against smaller teams, which means that they will needlessly drop points down the road. They have slipped up a couple of times at home, losing to both Tosno and Amkar, and in several other matches have ground out 1-0 wins against sides further down the table. It’s not difficult to picture them dropping more easy points as the season unfolds.

Zenit, for their part, looked very strong before the recent poor run. And a dodgy patch is surely all it is—if not, the squad is easily big enough to make decisive and impactful changes. It may be that a 0-0 draw with Anzhi is what all but secures the title sometime in April, but, despite the occasional unpredictable and exciting game, it’s shaping up to be that kind of season.

Spartak’s title win last season was as impressive as it was commanding. At the same time, it was on the backdrop of a weak league. Zenit have improved this year with several additions, who will, in the second part of the season, adapt fully, and by getting rid of some of the dead wood (a good thesis topic would be how Luis Neto kept a first-team place for so long).

Spartak have kept their successful side together, but not the success that went with it. At the halfway point they are ten points behind leaders Lokomotiv, apparently distracted by last season’s domestic glory and this season’s Champions League. And—dare I say it—they are still a club more likely to sell their best player than making a big new signing.

The same cannot be said of Zenit. Seemingly the last of Russia’s big transfer spenders, Zenit have manoeuvred themselves into a strong position transfer-wise. The peculiar strength they have here (apart from bags of money) is a lot of relatively expensive players who are rotated in and out of the first eleven. Therefore if it’s deemed that replacements are needed in the winter break a) there will be money to pay for this and b) it won’t be too painful to move someone worth a few million on to help balance the books.

This is what I like least about the ‘new’ Zenit—once upon a time they gave their youngsters a chance and uncovered Andrey Arshavin and Aleksandr Kerzhakov—but it’s a fact that they are ready to outspend anyone else in Russia at the moment.

It’s a very long time since Aleksandr Kokorin played so consistently well as now. Leading scorer domestically and only behind teammate Emiliano Rigoni in the Europa League, Kokorin seems to have hit good form in time for the 2018 World Cup. Whatever Zenit coach Roberto Mancini told him at the start of the season has worked: my guess is something like “Help me win the Russian league, and you’ll come with me when I get my next big job”. 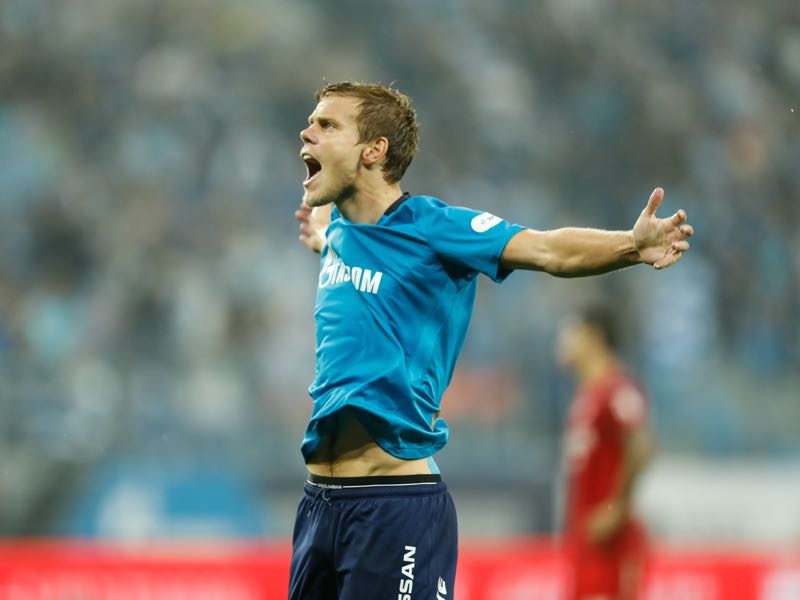 It’s also worth taking a moment to note Mancini’s man-management skills with Domenico Criscito. Criscito seemed ready to leave in the summer and had all but packed his case, but the new boss seems to have turned him from being a good player into one of the club’s best players.

Fifth: Of all title candidates Zenit will have the least taxing European run

The money means that Zenit have assembled a squad that has more or less two entire first teams. Perfect, then, for Thursday night jaunts in Europe and Sunday games in the league. Lokomotiv will not have the same luxury for their Europa League campaign.

In the Champions League Spartak look up for it—assuming they get out of the group, a run in the knock-out games is not impossible. Indeed, I’d say it’s more likely than Zenit having an extended Europa League run, given their recent tendency to wilt as soon as they meet tough opposition in European games.

CSKA are likely already settling for third and a Europa League spot, and, given their patchy league form this year, it may be that a knockout cup competition is their best chance of success. All of which means Zenit may end up being the first side knocked out of Europe; even if not, they will be able to sustain a battle on two fronts.

Saul Pope has been following Russian football since the mid-nineties, and first saw a live game in 1998 (Zenit St. Petersburg vs Shinnik Yaroslavl’). He has been contributing to When Saturday Comes magazine for over a decade, with a particular focus on social, economic and political issues surrounding the game in Russia and, to a lesser extent, Ukraine. He has a particular passion for teams in and around St. Petersburg. A fluent Russian speaker, he graduated from the University of Surrey with a Master’s degree in the language. He lives in the UK but travels back to Russia on a regular basis.