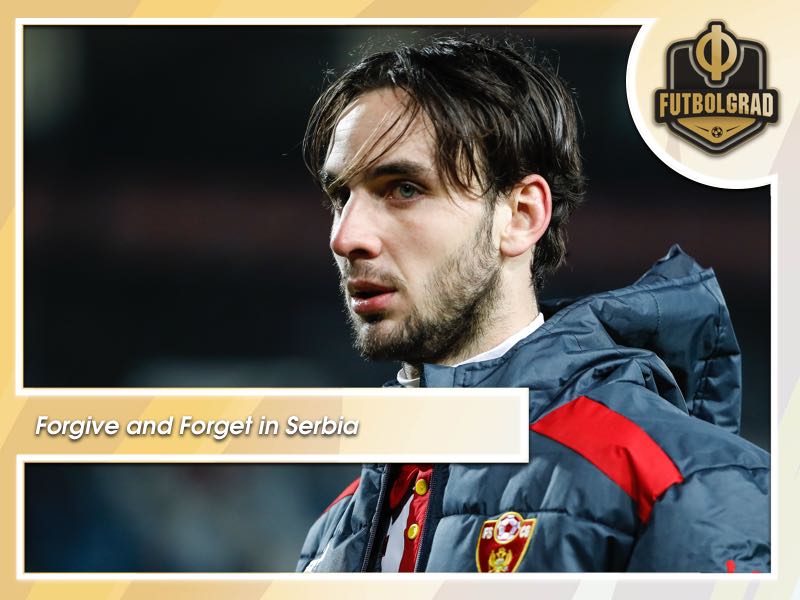 Forgive and Forget – Life in Serbia Through a Football Lens

In Serbia it has become a common practice to forgive debts and move on. This is true both in football and in real life but instead of being celebrated the practice deserves some scrutiny.

Firmly focused on getting their teams prepared for the second part of the season, two of Serbia’s biggest clubs – Crvena Zvezda and Partizan – kept a relatively low profile during the European transfer market this winter.

Based in Antalya, Turkey for their winter preparations, both clubs continue to polish their form before the 2018/19 season restarts later in February and appear not to be too bothered with what was going on in the market.

Finances have had a big say in such a measured approach, especially with Partizan Belgrade who find themselves in dire economic straits at the moment. In order to top up their budget this winter, the Black and Whites were widely expected to sell some of their first-team stars which happened on the European transfer deadline day when they waved goodbye to one of their most influential first-team members, Marko Janković.

The 23-year-old midfielder was transferred to SPAL in a deal said to be worth €1.8 million. Nothing out of the ordinary, one would say. What Montenegro international did at his farewell with the Belgrade behemoths, though, ended up being a gigantic eyebrow-raiser in Serbia.

Waive Your Debt to Become a Hero

Having demonstrated his class on the pitch during the past two years at Partizan and successfully establishing himself as the creative engine of Zoran Mirković’s side, Janković decided to facilitate his move to the Serie A side by waiving a whopping €160,000 to €200,000 Partizan owned to him in bonuses and appearance-related add-ons.

“I am not sure any player in the history of Partizan did what Janković did today”, Partizan sporting director and former player Ivica Iliev told Serbian media.

“He forgave such a huge amount that he was unfortunately owned. I am shocked! This is an unbelievable gesture and I can’t thank him enough”, he added.

Partizan earned €900,000 – half of Janković’s transfer to SPAL with other 50% going to Greek Olympiacos – whereas the full amount they pocketed – or precisely yet, saved – on their superstar midfielder stands at around a hefty €1.1 million.

The way Janković left Partizan is a common model in Serbian football. Moreover, it is a practice deeply rooted in life in general. Distorted norms are consistently being presented as accepted social values and normative behaviour where employees are made into heroes as long as they don’t mind working without getting paid – or underpaid at best, while filling their employers pockets along the way. 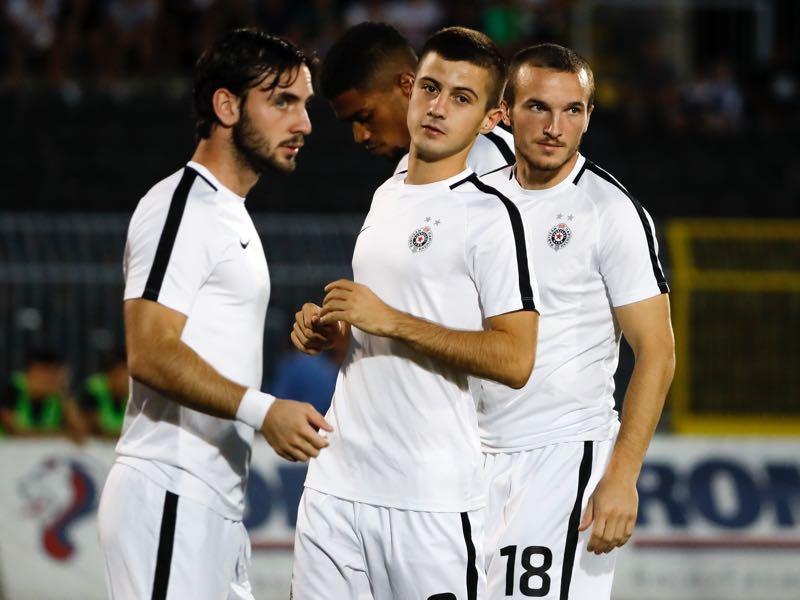 BELGRADE, SERBIA – AUGUST 16: Marko Jankovic (L) is one of the players to forgive his debt in order to facilitate a transfer (Photo by Srdjan Stevanovic/Getty Images)

At the same time, had Janković decided to pursue his legal rights and get what Partizan contractually owned him, he would have been publicly shamed and branded as an ungrateful traitor.

The curious case of Andrija Živković, who had even been banned from the first-team during his transfer drama, offers a deeper insight in the ways Serbian life and football work, while the 34-year-old centre-back Bojan Ostojić is another Partizan player who most recently experienced the same treatment first-hand. Unlike the widely lauded Janković, the experienced defender did not agree to waive the money he rightfully earned, which is the main reason the Partizan wrath struck him.

Formerly a Čukarički defender, Ostojić is still on Partizan’s books but is nowhere near to the first-team or a solution to his situation. The Black and Whites refused to let him move to Cyprus last year and as things stand he will spend the rest of his contract – expiring at the end of the season – marginalised and discarded.

Forgive and Forget – A Common Practice

What Ivica Iliev failed to acknowledge in his public praise and admiration for Marko Janković’s “heroic” deed was the proven fact many Partizan players did the same before him.

To claim the players are coerced or at least encouraged to “land a helping hand to the club that put them on the football map and allowed them to earn a better future” would be a far-fetched assumption. Still, it is an opinion that remains hugely polarised within the Serbian public.

In the end, it is a question of who owes what and to whom.

To offer concrete proof in denial of Iliev’s claim that ‘Janković heroically did what no other player had before him’ there stands a number exceeding €1,000,000 waived by a no less than 11 players of the Black and White club.

The likes of Milan Lukač, Nemanja Kojić, Nemanja Mihajlović, Saša Lukić, Milan Mitrović, Branko Ilić, Marko Jevtović, Uroš Đurđević and Fiorentina’s Nikola Milenković, along with foreign players Leandre Tawamba and Everton Luiz have are all confirmed to have forgiven debts. Together they were owned more than €960,000 while the entire sum goes well above a million when you include the unconfirmed amounts earlier players – such as Stefan Babović or Petar Đuričković – waived upon their goodbyes. 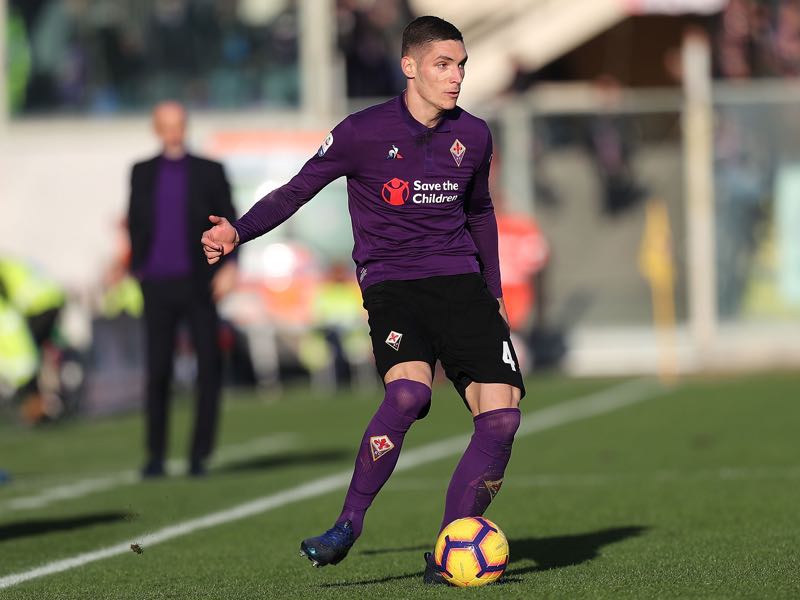 The Forgive and Forget practice tracks back to much earlier than 2019 and was also widely applied with the current Serbian champions Crvena Zvezda back in the 2014/15 season.

The former European champions have largely struggled to gain footing both at the domestic and international scene over the previous decade. Struck by the chronic lack of funds and support from the former governmental structures, the Red and Whites were hanging on the ropes, struggling to make ends meet.

And just like Partizan, they too were forced to (under)sell their biggest talents to remain afloat. During the first decade of the 2000s, Crvena Zvezda got stuck in debt exceeding a whopping €52 million.

Having successfully ended Partizan’s six-year domination in the Serbian Super Liga, Crvena Zvezda heroes from the 2013/14 campaign – many of which moved on to pastures greener – were involved in another gesture of kindness, grandiosity and heroism (as both club hierarchy and fans alike widely perceive it) waiving the amount exceeding €4,000,000 in debt.

The likes of Nenad Milijaš, Dragan Mrđa, Miloš Ninković, Đorđe Rakić or Siniša Gogić were only the most notable names on the list which also includes the notorious Pini Zahavi to forgive certain loans, debts and commission fees in excess of €900,000.

Heroes and Enemies – A Distorted View

What makes a hero in a football’s sense of the word?

Offering hope and distraction from the doom and gloom Serbian residents encounter on daily bases in a country so profoundly affected by poverty, social instability, political corruption and constant gun rattling, football is more than just a sport here.

Through years of struggle and devastation, it now becomes an unspoken rule of thumb that a heftily paid footballer is required – or at least – expected to honour their club by waiving the money they sweat and bleed for. Such is the practice with low-paid factory workers and the general public as well who will be pronounced an ungrateful bunch if they raise their voice on unpaid and underpaid shifts and weekend hours.

Summing it up in a 2013 tweet, the Hammarby IF striker and former Partizan player Nikola Đurđić explained it all.

“Serbia, a country where biggest sports heroes are made out of the players who forgive their debts upon departure.”

Another player, Slovenian midfielder Nejc Pečnik threatened to sue Crvena Zvezda in 2014 when Belgrade giants failed to honour the financial agreements made with the former Sheffield Wednesday player.

“It seems that Crvena Zvezda expect you will forgive their debts at default. If you don’t do that then you have no respect for the club and what it stands for”, he said.

The international football community is well aware of the struggles Serbian football had been – and still is – faced with, although understandably perplexed by its modus operandi. It was in 2017 that the world football player’s union FIFPro warned players against signing contracts with Serbian clubs, labelling the Balkan country “a lawless environment”.

The 2016 global employment report published by FIFProfound that 68% of all players in Serbia had their salaries delayed; further claiming that 89% of those players who moved to their clubs for a fee were “pressured into the transfer”.

Little has changed since, unfortunately.

A holder of Master’s degree in English language and literature, Miloš Marković worked as the Editor-in-Chief at Sportske.net. He now contributes to various outlets as a freelance journalist. He also is a member of the Guardian Network and a FIFAcorrespondent for Serbia. Passionate about English language and football, Miloš Marković is also a huge Liverpool fan. You can find him on Twitter @MilosMarkovic.