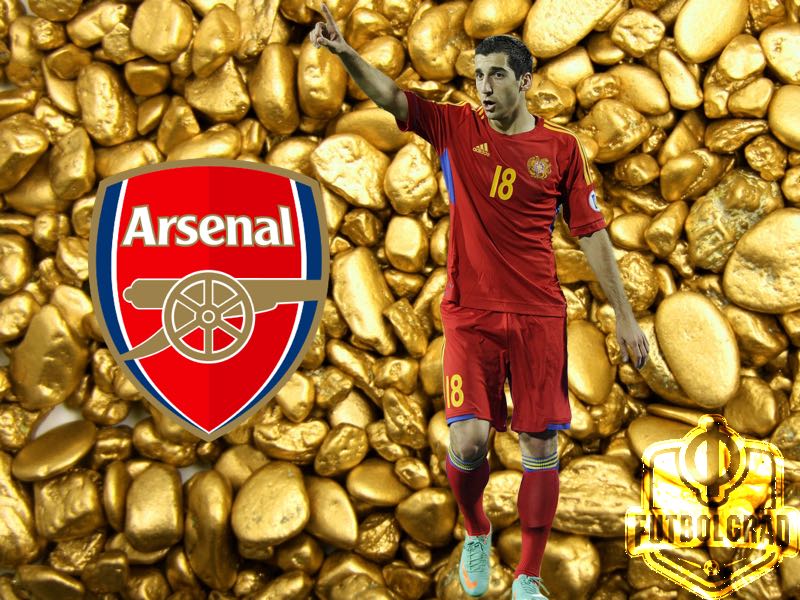 Henrikh Mkhitaryan to Arsenal – A Dream Come True for the Golden Nugget?

The deal is done. In what is a rarity in European football Arsenal and Manchester United agreed to a deal that will see Alexis Sanchez move from Arsenal to Manchester United and Henrikh Mkhitaryan go the other way. No money will be exchanged with the two clubs just swapping out the registration forms for the respective players.

It is the sort of deal that you would see in Major League Soccer or any of the other North American sports leagues. Sanchez’s contract would have been up at the end of the season, and with Arsene Wenger fearing that he would lose the Chilean without getting anything in return he was able to negotiate a deal with Manchester United that would at least bring in a replacement.

That particular arrangement is also typical for the North American sports market where franchise players in their final year of the contract are often moved on during trade deadline deal to one of the competitors bringing in pieces that would allow for a rebuild. Perhaps it is a sign of times that two clubs from the English Premier League have decided on this somewhat North American model to resolve an issue with their respective players. The theme is also fitting because usually the club giving away the star asset is an acceptance that they are entering a time of rebuilding. 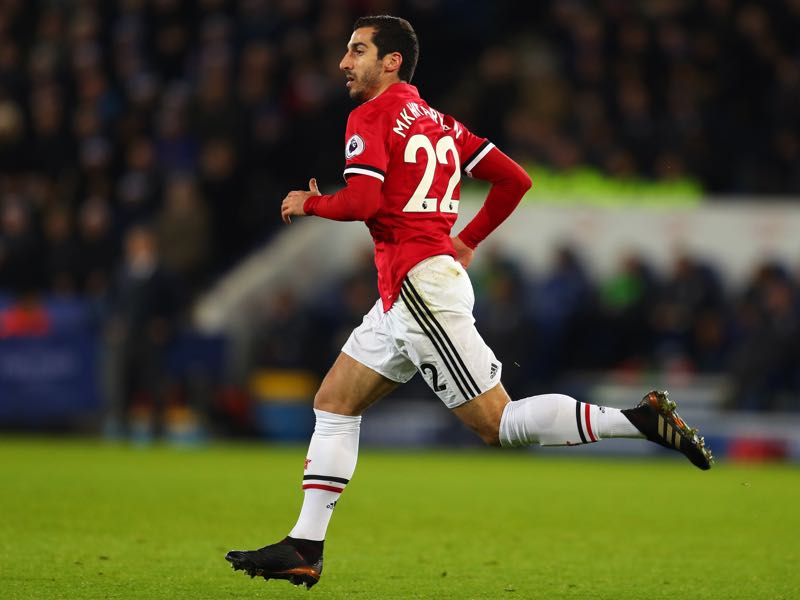 That is the case at Arsenal, and although Henrikh Mkhitaryan would tell the media on Monday that going to Arsenal is a dream come true, in reality, he is moving from a club that regularly played in the UEFA Champions League to a club that might struggle even reaching the Europa League. Furthermore, with Sanchez leaving the club is entering a time of rebuild with other stars like German midfielder Mesut Özil likely going to leave the club as well in the coming months.

Arsenal in the rebuild – What does that mean for Mkhitaryan?

What does this mean for Henrikh Mkhitaryan? What is true is that the Armenian indeed once expressed his desire to play for a club like Arsenal. This was all the way back five-years ago when he was still an emerging talent at Shakhtar Donetsk. The golden nugget from Armenia was highly praised asset by the Ukrainian club, and with several big European clubs trying to land him Mkhitaryan voiced his interest in playing for Arsenal.

Back in the day Arsenal also were still a sexy product. Arsene Wenger displayed the sort of football that was beautiful in the eye. The club also attempted to go against the trend of signing overpriced players by developing their assets. Mkhitaryan would have perfectly fit into that mould. A young and exciting player, who was tearing apart the Ukrainian Premier League, at a time when Ukraine had one of the most interesting competitions in Europe.

When the move finally came it was not Arsenal, however, but Borussia Dortmund that landed the highly sought after Armenian playmaker. In what was one of the most complicated transfers in Dortmund’s recent history—Mkhitaryan was entangled in a web of third-party ownership and complicated contracts—the Armenian had to go on strike and escape to Vienna for Shakhtar’s owner Rinat Akhmetov to agree on a deal that would make Henrikh Mkhitaryan the most expensive player in Dortmund’s history.

Once in Dortmund Mkhitaryan had a good first season, a second season to forget, and a third year in which he was fantastic. Unfortunately, that last year in Dortmund would be highlighted with Mkhitaryan pushing through a move to Manchester United. Perhaps the writing was already on the wall when BVB acquired the midfield maestro in the first place. After all Mkhitaryan, and his agent, Mino Raiola were willing to do anything to make a move happen to Dortmund in the first-place. Hence, when Manchester United came calling, Mkhitaryan’s new dream club, after all, Raiola and Mkhitaryan once again did everything in their power to make a move happen.

For Dortmund, it was perhaps the first domino to fall. Since Mkhitaryan’s infamous departure Dortmund have been hit by “professionals” trying to push a move with first Ousmane Dembélé getting a deal done to Barcelona by going on strike and now Pierre-Emerick Aubameyang—perhaps Mkhitaryan’s teammate to be at Arsenal—trying to pull every register in an attempt to get a deal done that will see him move to Arsenal.

That, however, is a different story. Because for Mkhitaryan the move to Manchester United was anything but a dream move. Bought as an afterthought by manager José Mourinho—it was always understood that signing Mkhitaryan was a part of a deal between him and Raiola to get Zlatan Ibrahimović to sign an agreement in Manchester—Mkhitaryan always struggled in Manchester.

In the end, Mkhitaryan scored just 13 goals in 63 appearances for United. This year he played just ten times in the English Premier League as there was a breakdown in trust between him and José Mourinho. It was the sort of decline in trust that was always to be expected between a hard-nosed manager and the sensitive Armenian.

Mkhitaryan is a brilliant player, a maestro, who has the gift to make time and space slow down for him. At Dortmund, under Thomas Tuchel he was at times unplayable a player that dazzled not just BVB supporters, but neutrals, who were watching the Yellow and Blacks as well. Perhaps it is his knowledge of multiple-languages and ability to play chess at a high level that set Mkhitaryan apart.

Like any gifted number 10 though Mkhitaryan also needs the perfect environment to succeed. Thomas Tuchel at Dortmund provided Mkhitaryan with everything he needed. The former Dortmund coach, a highly gifted tactician himself, found a bit of kindred spirit in Mkhitaryan and it was often understood that it was because of that that Mkhitaryan came back from the fringe to become the best player in the Bundesliga during the 2015-16 season. 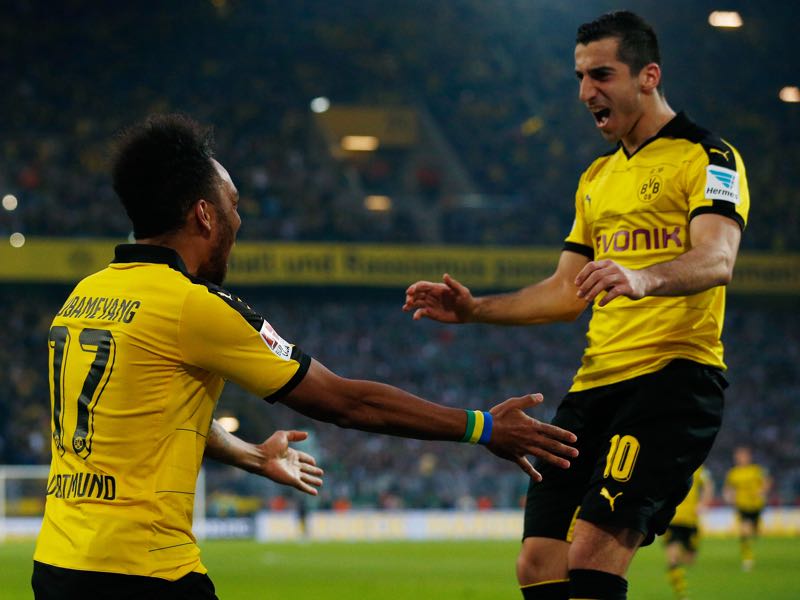 Aubameyang (l.) and Mkhitaryan (r.) could soon be re-united at Arsenal. (Photo by Dean Mouhtaropoulos/Bongarts/Getty Images)

Although Mourinho favours magicians as well—his relationship to Mesut Özil is in particular noted—he never really seemed to care for Mkhitaryan. The transfer in the first place suggested that José Mourinho was not interested in the Armenian. Instead, it was Mkhitaryan’s dream of playing for United that set everything in motion. Of course, there are good reasons behind his motivation to play for such a big club.

Unfortunately for him, things did not work out. But perhaps a restart at Arsenal under Arsene Wenger is exactly what the Armenian nugget needs to rekindle his limitless potential. But while playing for Arsenal five years ago might have been a dream come true, being part of a rebuild right now that could see the club play in the Europa League rather than the Champions League begs the question. Should Miki have simply stayed at Dortmund and become a legend at the Westphalenstadion? It is a question that he may soon be able to discuss with his former teammate Pierre-Emerick Aubameyang in North London…