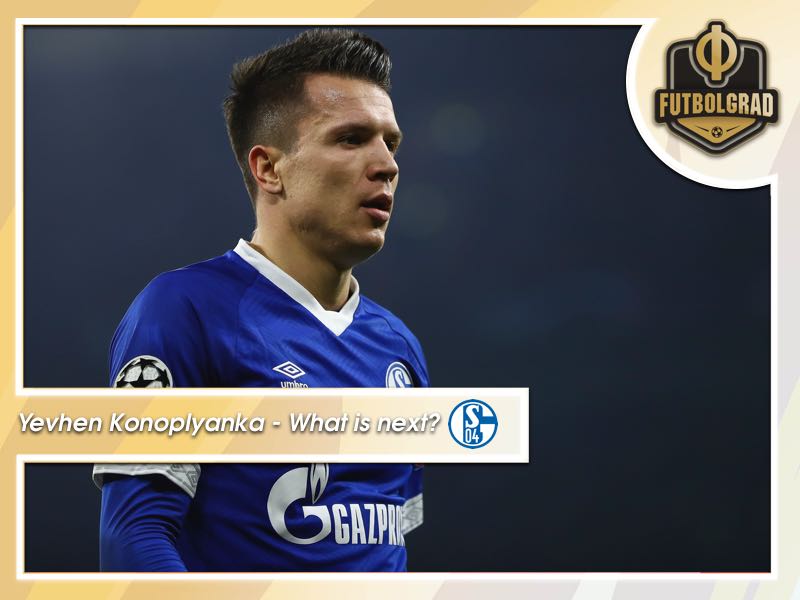 Konoplyanka – What is next for the Ukrainian star?

During the 2014/15 UEFA Europa League season, an unlikely team found itself in the competition’s final. This was none other than Ukrainian Club FC Dnipro Dnipropetrovsk. Dnipro overcame better-known sides such as the Greek Olympiacos, Dutch Ajax and Italian Napoli thanks largely to their star winger Yevhen Konoplyanka.

Dnipro would lose the final to Spanish club Sevilla, but the success of a generally-unknown Ukrainian side led to a greater international presence. As a result, many teams throughout Europe began to scout and poach Dnipro’s players, including Konoplyanka.

Who was the Ukrainian Winger?

Having begun his senior career at Dnipro Dnipropetrovsk in 2007, Konoplyanka became an instant favourite.

The Ukrainian became a regular for Dnipro in the 2009/10 Ukrainian Premier Liha season. His control over the ball and his style of play helped him gain a greater presence domestically, and this caught the eye of Ukrainian rivals Dynamo Kyiv.

During the 2010/11 UPL season, Dynamo expressed interest in acquiring Konoplyanka. Dnipro, however, placed a ridiculous €50-60 million price tag on the winger, arguing they would not let one of their top players leave the club.

Konoplyanka faced additional difficulties with the Dnipro board. During the 2013/14 season, English club Liverpool were fighting for their first EPL title in the modern era. With the likes of Luis Suárez, Daniel Sturridge, Raheem Sterling and Philippe Coutinho, then-manager Brendan Rodgers looked to strengthen his squad.

Liverpool’s chief executive officer Ian Ayre identified Konoplyanka as a potential target, and the English club made an offer for the Ukrainian. Negotiations between Liverpool and Dnipro lasted for days. Despite completing the paperwork and physical, as well as reaching a financial agreement with the club, Dnipro manager Ihor Kolomoyskiy refused to sanction the move. The 2014 January Transfer Window hit its deadline, the deal collapsed, and Konoplyanka was left devastated.

Despite the failed transfer, Konoplyanka was determined to prove himself to force a move away from Ukraine. The winger played an instrumental part in helping his side finish second during the 2013/14 UPL season. Moreover, he played a crucial role in Dnipro’s remarkable run to the UEFA Europa League final. It was here where he finally found a suitable buyer.

In July 2015, two months after the final, Spanish club Sevilla acquired the Ukrainian. It seemed Konoplyanka would finally test himself in one of Europe’s elite divisions.

He adjusted quickly. During his time in Seville, Konoplyanka came against Spanish giants Barcelona and Real Madrid. He would score a crucial equaliser against Barcelona in the 2015 UEFA Super Cup, forcing the match into extra time. Moreover, he scored another equaliser against Real Madrid in 2016 UEFA Super Cup. This allowed the Ukrainian to gain experience against two of the best teams in Europe, thus allowing him to become a better footballer.

Konoplyanka also competed against Italian club Juventus and English side Manchester City during the 2015/16 UEFA Champions League Group Stage. Although Sevilla would be dumped into the Europa League, he played an important role in helping the Spanish club retain the UEFA Europa League title for a third consecutive season.

Overall, Konoplyanka made 52 appearances in all competitions. In normal circumstances, this would be seen as a very successful first season. Unfortunately, his time would not pan out in Spain.

Despite his role in Seville, Konoplyanka and then-manager Unai Emery did not get along with one another. Moreover, the Ukrainian’s inability to learn Spanish hindered his ability to assimilate into Spanish culture. Given these struggles, Sevilla began to shop around the market. They eventually found an interest on the final day of the 2016 Summer Transfer Window, and Konoplyanka was sent on loan to German club Schalke. The loan agreement included an obligatory buyout clause. 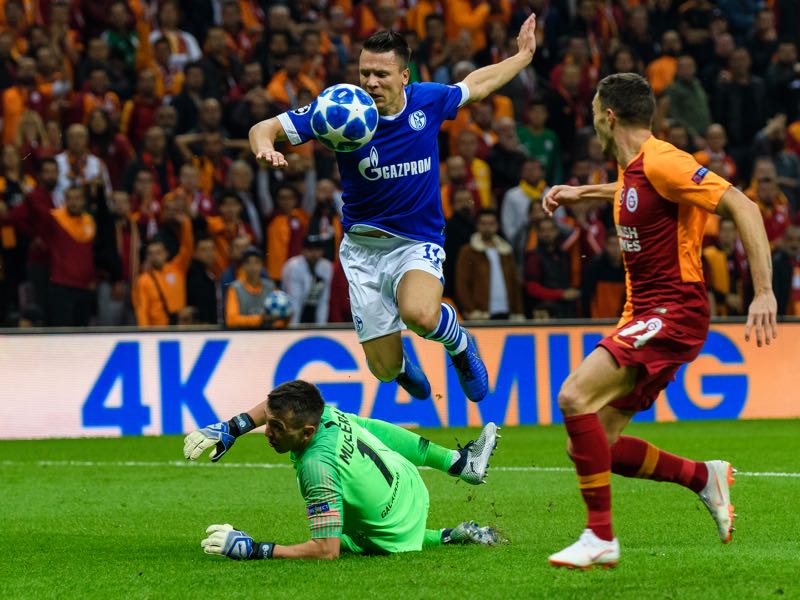 The Ukrainian performed well in his first season, appearing in 27 matches and scoring six goals across all competitions. But this would not last. Konoplyanka always had a difficult relationship with Weinzierl and even stated in an interview in his native Ukraine that the head coach should be sacked. Shortly, after Schalke indeed went separate ways with the head coach leading to the joke that Konoplyanka had fired Weinzierl live on Ukrainian television in Gelsenkirchen.

Schalke then hired Domenico Tedesco as Weinzierl’s replacement, and Konoplyanka failed to reestablish himself in the German team.

Konoplyanka on the Move Again?

Alas, the winger finds himself in a difficult place. Schalke unexpectedly has dropped into the Bundesliga relegation battle this season, and given his fall in the pecking order; it is rumoured he is being sought by other clubs. Where might the Ukrainian land next?

One location could be Tottenham Hotspur. The London club has recently found itself short on attacking players, with starters Harry Kane, Victor Wanyama, Lucas Moura and Moussa Sissoko all out due to injury. Moreover, Heung-Min Son was recently recalled to play for the South Korean national team as they compete in the Asia Cup, and Mousa Dembele was sold to Chinese club Guangzhou R&F.

Having been previously linked with Spurs, Konoplyanka would fit in well with the London club. Manager Mauricio Pochettino prefers to play a 4-2-3-1 system. Given Konoplyanka is often used as a traditional winger or wide midfielder, this would allow the Ukrainian to play on the right side of the field. His pace and creativity on the ball could help Spurs become an even larger threat on counter attacks. He could serve as a solution to Tottenham’s injury crisis. Depending on Schalke’s asking price, however, Spurs may not be interested in paying a hefty price for a short term problem.

The Ukrainian has also been linked with Istanbul clubs Beşiktaş and Fenerbahçe. While it is likely he would receive a wage increase by joining either of these sides; it is unknown how well he would fit into either of these systems. Having previously struggled to assimilate himself into Spanish and German society, it is likely he would face even a larger culture shock in Turkey.

Moreover, while Sevilla and Schalke allowed him the opportunity to in the UEFA Champions League, the same cannot be said for either Turkish club. Beşiktaş last appeared in the UEFA Champions League Group Stage during the 2009/10 season while Fenerbahçe have been on a ten-year hiatus. Sevilla and Schalke have also presented him the opportunity to compete against giants Barcelona, Real Madrid, Atlético Madrid, Bayern München and Borussia Dortmund. The Turkish Süper Lig would not present such opportunities.

Finally, the Ukrainian may opt to remain with Schalke until the end of the season to find a more suitable destination. One advantage is that he would be able to showcase himself on the international scale. For example, the German side has been paired with Manchester City in the UEFA Champions League Round of 16. While it is predicted they will be eliminated from the competition of this stage, given the widespread coverage of the competition, he may attract the attention of a previously unknown buyer. He could also help aid Schalke in their fight for Bundesliga survival, which could also help raise his stock. While risky, this may be the best option.

Overall, Konoplyanka will have a difficult decision to make over his future. Will he remain at Schalke, where is side are scraping to survive in the Bundesliga, or will he seek to take his talent elsewhere in Europe? With half of the 2019 January Transfer Window remaining, anything is possible.