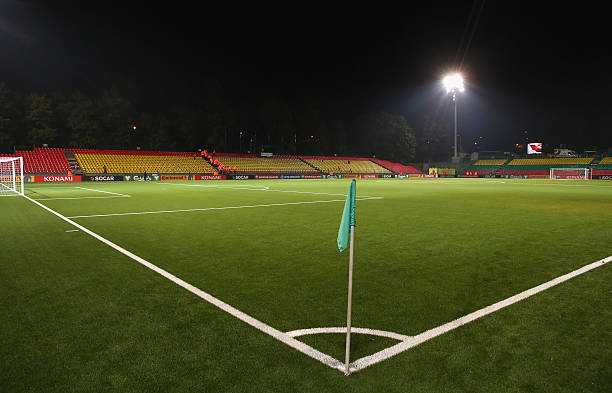 Lithuania vs Scotland will take place at the LFF Stadium in Vilnius. (Photo by Alex Livesey/Getty Images)

Scotland are travelling to Lithuania having to collect three points to keep their World Cup dream alive. Drawn into a group with England, Slovakia Slovenia, Malta and Friday’s opponent Lithuania Scotland currently sit in fourth place with eight points.

Six points behind current leaders England Scotland could have been in a much better situation had they hung on to their 2-1 lead against England on June 10. Leigh Griffiths had brought the side ahead with just moments to go in the game. Scotland would have had ten points in the bank and would sit just two points behind second placed Slovakia and three points behind leaders England. Wayne Rooney, however, scored the equalizer, in what would turn out to be his last ever goal for England, and put a major dampener on Scotland’s World Cup dreams.

The Scots now travel to Lithuania having to collect three points. The tiny post-Soviet Republic located on the Baltic Sea has currently just five points to their names. Having joined FIFA in 1923 Lithuania was part of the Soviet Union from 1940 until 1990. After the occupation of the Baltic States ended in 1990 Lithuania played its first international game on May 27 of that year.

Lithuania was always considered the strongest footballing country of the three Baltic States during the time of the Soviet Union. Lithuania’s main club Zalgiris Vilnius was a stalwart of the Soviet Vysshaya Liga. But since the fall of the Soviet Union Lithuanian football has somewhat struggled and even fallen behind that of its neighbours. It was after all Latvia, who would become the first Baltic State at a major international tournament when they qualified for the 2004 European Championships.

The current campaign offers little hope for change as the side currently lacks any international top stars. That said Lithuania managed a 1-1 draw in Scotland and did not look out of place when they faced England in March.

Lithuania vs Scotland – Players to look out for:

Signed from Juventus Turin Vykintas Slivka joined the Scottish Premiership club Hibernian this summer. A product of the Ekranas youth academy Slivka joined Juventus as a 17-year-old in 2012. Since then he has been loaned out to four different clubs. Playing for the likes of Modena in Serie B, ND Gorica in Slovenia, FC Den Bosch in the Jupiler League and finally Ascoli Picchio, again in the Serie B, meant that Slivka has lived a nomadic existence in the last few years. A central midfielder Slivka seems to have finally found a home in Edinburgh. Playing in the Premiership this season Slivka has scored one goal and one assist in four league games. 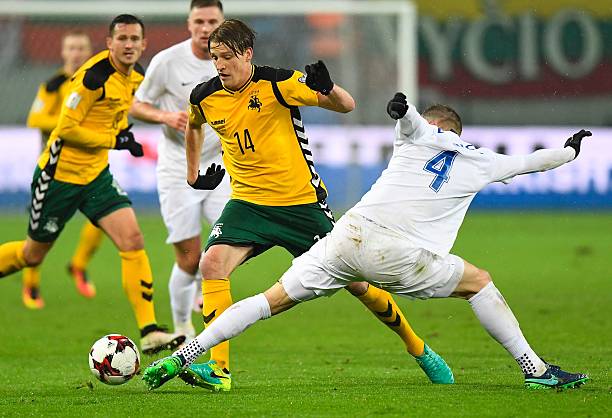 Leigh Griffiths was the hero on matchday 6 against Scotland’s biggest rival England. The striker scored two goals and was one of the best players on the pitch. His second goal should have perhaps secured the win for his side. After being 1-0 down Scotland turned the match around against England and Griffiths scored what many believed was the winner in the 90 minute. Unfortunately, for Griffiths and Scotland England were not done yet. Wayne Rooney would score a last grasp equalizer for the Three Lions. It was heartbreak for Scotland, but Griffiths highlighted that he is a top class striker. 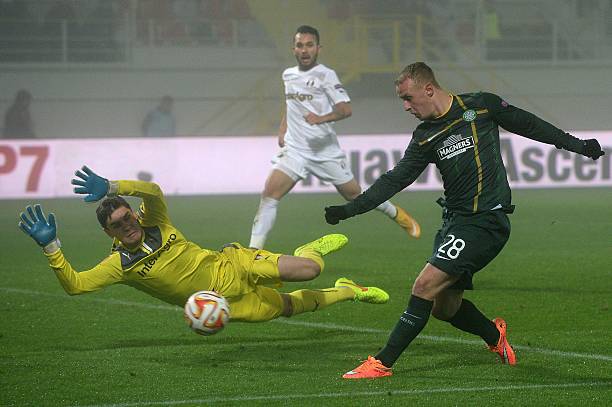