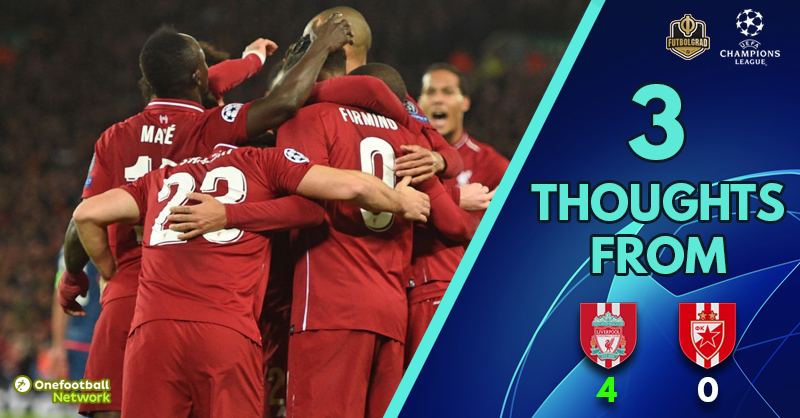 Liverpool vs Crvena Zvezda ended in a resounding victory for the home side. The fixture highlighted a number of areas that showed Jurgen Klopp’s Reds are not only maturing, but they are still capable of turning on the burners that typified their performances in Europe last season. 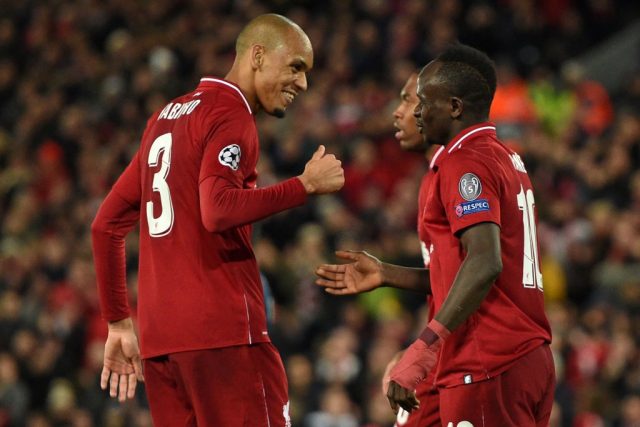 There had been numerous mentions of ‘where is Fabinho?’ since the midfielder arrived in the summer transfer window. His unveiling came the day after Liverpool’s defeat at the hands of Real Madrid in Kyiv.

It was done to lift the mood – to show the Reds were looking forward, not backwards. The Final was complete, the future is where Liverpool had their eyes, not the past.

Fast forward then to the start of the Premier League season and his absence from the starting XI was duly noted by all. Was he inured? Was he ready? What was the problem? In short there was no problem, Klopp had identified the reasoning behind the midfielder’s absence after Liverpool’s first pre-season game – at lower league Chester City.

The Liverpool boss remarked that Fabinho would need time to settle, to adjust – the style of AS Monaco was exceptionally different to Klopp’s much lauded Gegenpressing – and so the German tactician would wait until the correct moment to feed in his talented midfielder.

Wednesday evening was to be that moment – given his first Champions League start at Liverpool, the Brazilian went about his business to the highest order. Breaking up the Crvena Zvezda attack before it ever got going.

Winning 75% of his 24 duels he also completed an eye-watering 20 attacking third passes, by the time the fixture ended the 25-year old had put a stop to any thoughts the visiting side had of mounting an attack.

Klopp asked him to push higher as the game started, berating him at times from the technical area – when he took the advice on-board he became unplayable, as Crvena Zvezda found out to their cost.

If Liverpool’s fixture last night heralded an arrival, then it also showed the continuation of what is becoming to look like a wonderful centre back partnership.

Joe Gomez arrived at Liverpool from Charlton way back in 2015, as an 18-year-old he was very much one for the future.

Hampered by a cruciate ligament injury shortly after his arrival, he was then blighted by Achilles troubles and ankle surgery – there was a time it looked as if his Liverpool career could finish before it had even started.

However, with his problems behind him the defender has started the 2018/19 season with a bang. An injury to Dejan Lovren gave the Englishman his chance – and he duly took it.

On the pitch against Crvena Zvezda he was the quintessential ‘rock at the back’. His aerial strength was evident throughout, as was his covering and positional awareness – an area that has been missing at Liverpool for quite some time. Virgil van Dijk can’t do everything on his own – it looks as if he doesn’t have to now. 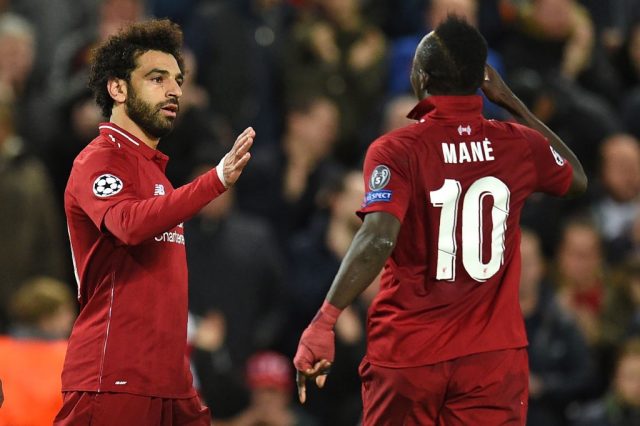 ‘Liverpool’s front three haven’t yet clicked’ has been a phrase synonymous with the opening part of this season. During the last Champions League campaign Liverpool became only the third team (after Barcelona and Real Madrid) to score 40 goals in one season of the competition.

Roberto Firmino, Sadio Mane and Mohamed Salah combined to hit 29 of those 40, and in doing so broke Real Madrid’s front three record from the 2013-14 season.

With ‘only’ five goals combined from three Champions League games so far, there had been talk of a ‘crisis’ in the Reds’ striking area this campaign – however, ‘doubters turned to believers’ last night as they almost doubled their total in one game.

Salah’s brace was top and tailed by his strike partners, and in truth they could have had more. The Egyptian was just off target before he grabbed his second of the night, and Mane saw his penalty tipped onto the bar and away from danger by Crvena Zvezda goalkeeper, Borjan.

If Liverpool’s front three are still considered as ‘yet to click’ then there will be many frightened sides across Europe.

Four goals and it could have been six – not only did they click but they showed again why they are the most feared front-line in world football.