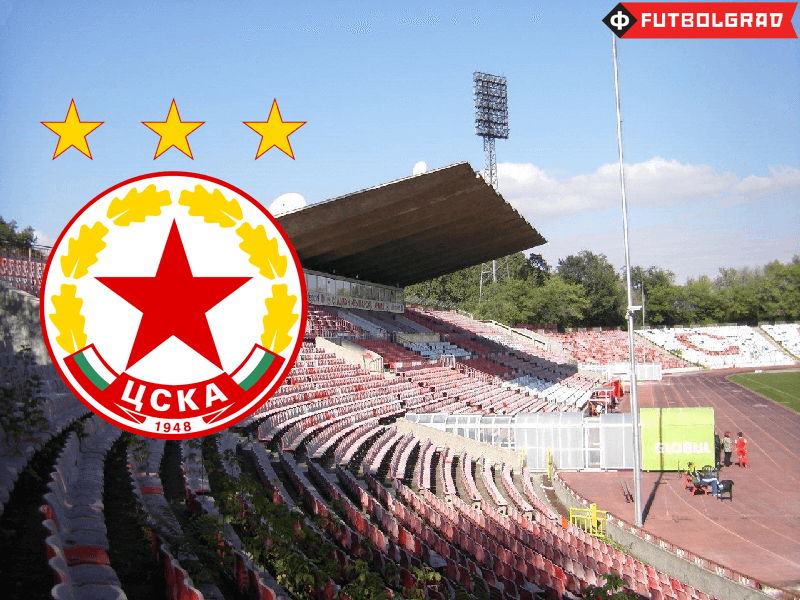 The Long and Sad Demise of CSKA Sofia

The summer of 2015 was extremely dramatic for the fans of CSKA Sofia, which is the most successful football club in Bulgaria. The 31-time Bulgarian champions and three time semi-finalists in European competition did not get a professional license, and consequently was relegated to play in the third amateur level of football in the nation. How could this happen? There are several protagonists and all of them bear the guilt in one way or another—several owners, the state, the Bulgarian football federation (BFU), and even the club’s faithful fans share the blame.

FC CSKA Sofia was transformed into a Limited Company in 1999. At that time, one of the biggest businessmen in the country, the gambling boss Vasil Bozhkov was the owner (read his WikiLeaks file here). 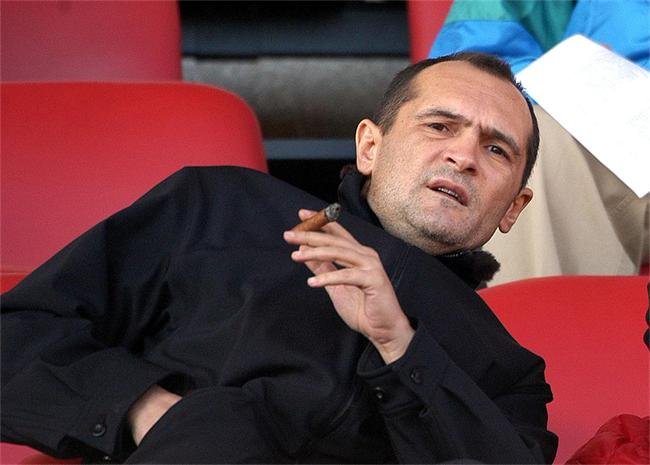 During his seven-year reign over the team, the club had no obvious financial problems, and won two championships. But Bozhkov failed to build a truly great team, and the constant conflict between him and the supporters started to undermine the club. The fans accused him of links with the club’s eternal rival Levski Sofia—a charge that was later supported when WikiLeaks published his file. During his seven-year stay at Bulgarska Armiya, CSKA’s record against the Blues is more than deplorable—they played each other 24 times, and CSKA recorded 13 losses, and only 3 wins.

Then in 2006 CSKA threw away a 7 point lead at the top of A Grupa, and Levski won the title. The fans were furious and the situation was made worse in April 2006, when Bozhkov decided to close the northern stand of Bulgarska Armiya Stadium, home of CSKA most passionate fans.

The owner also stopped funding the club, and the Brazilian stars, Léo Lima and Rodrigo Souza left the team when it emerged that CSKA Sofia still owned the Brazilian club Vasco da Gama nearly $2 million for the two Brazilians. CSKA also failed to pay the wages of both Lima and Souza and, as a result, FIFA ruled that the two players could return to Vasco da Gama.

At the end of 2006 Vasil Bozhkov finally left the club, and a “new messiah” arrived to take charge—the Indian billionaire Pramod Mittal. The fans expected a lot of money to be invested, and there was talk that CSKA could become the Chelsea of the Balkans.

But soon it became clear that the businessman simply saw CSKA as a good way to foster business relations in Bulgaria, and that what he really wanted was to acquire the metallurgical company Kremikovtzi. Mittal only visited the Bulgarska Armiya twice while in charge of the club and appointed the Bulgarian politician Aleksandar Tomov, as the club’s president. Despite Mittal’s continual absence, CSKA won their last title in Bulgarian football in 2008, but major problems soon emerged.

Mittal never invested in the team and, as a result, the club accumulated debts. Due to the outstanding debt of 1 million leva (€500,000) to the National Revenue Agency, CSKA’s European license was withdrawn and, as a result, CSKA was not allowed to play in the 2008-09 Champions League. The fans went mad, really mad. They smashed the building of the Bulgarian Football Union (BFU), and the police removed Aleksandar Tomov from the stadium. As a result of the ban, all the important players left and CSKA started the new season primarily with youngsters. 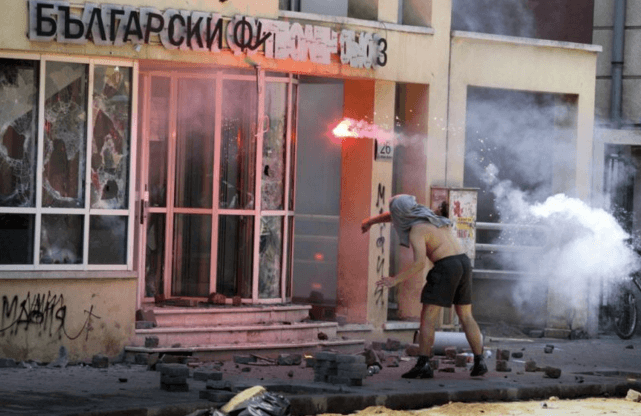 Then in March 2009, the businessmen Ivo Ivanov, and Dimitar Borisov, owners of Titan, which is the biggest waste disposal company in Bulgaria, took over the club. It was during their period of ownership (2009-2013) that the club’s steepest descent began. Their rule is marked by failure in Europe—they did not win a single trophy—and a series of suspicious matches. They also drained the club financially; the revenues from transfers of players and the money from both appearances in the Europa League group stage did not go into the treasury of the club, but were redirected to their personal bank accounts or to the accounts of their companies.

In fact, CSKA Sofia became part of a semi-criminal organization, and the state did little to curb the non-payment of benefits and salaries and the issuing of false invoices. The Titan years were the weight that took CSKA down the bottom, and are the main source of CSKA’s current problems.

Furthermore, the club had become part of a Third-Party Ownership construct, as CSKA took on questionable players, and then released them without paying them anything. 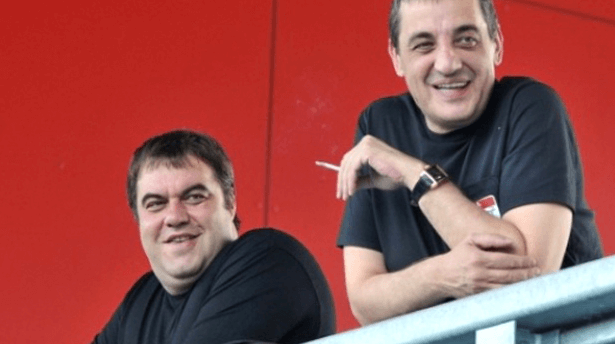 Finally, a series of protests by the fans in the summer of 2013 forced the two businessmen to depart, but before leaving, they decided that CSKA would give up their right to participate in European competition in the 2013-14 season.

With the books in shambles and no European football, no one was interested in buying the club, and in June 2013, Aleksandar Tomov took control once again. But Tomov was a politician short of financial resources—although rich in unconventional ideas and solutions. The club was first funded through credits and loans, and then when Tomov ran out of money he tried the first public offering (IPO) in Bulgaria but the initiative failed.

In the spring of 2015, businessmen Petar Mandzhukov and Julian Indzhov gave a press conference at which they said they were willing to take over the club and also were ready to cover the owed payments of 800,000 leva (€400,000), in order to secure the club’s licence for the following season. But a week later they removed their offer, and Tomov was left alone, with no funds to cover the club’s debts. 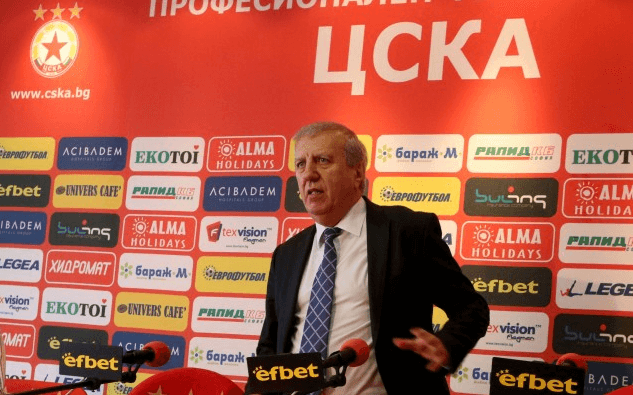 Aleksandar Tomov a politician with no money, and no vision

Understandably, the BFU refused to issue a professional license to CSKA, and the most successful football club in Bulgaria was sent to play with amateurs in the third level of Bulgarian football—the Southwestern V Grupa. For the first time in the history of the club, CSKA Sofia would not play in the first division.

The club was subsequently taken over by businessman Grisha Ganchev, founder, and owner of Litex Lovech. The fans came out in full force in the autumn of 2015 to support the club’s restart. Even though the club was playing in the third division, they set a record for attendance in the country.

This season, CSKA has secured 23 victories in 23 games, scoring 103 goals in the process. They also managed seven wins in the Bulgarian Cup, where they reached the semi-finals, and will now face Beroe Stara Zagora.

Despite the successful reboot, there are still many problems: CSKA Sofia is the only club in Bulgaria that does not have its own training base. Due to the financial crisis, the grounds of the youth academy were confescated and, in their place, a public sports hall was built. The training complex of the first team is in such appaling condition that it is not fit for use. The club is forced, therefore, to train at various rented private facilities.

Unlike other clubs in Bulgaria, CSKA Sofia has received no support from the government. The current champions Ludogorets, for example, were given €2 million by the public to built a stand at their Ludogorets Arena. Beroe Stara Zagora, which CSKA will face in the semi-final of the Bulgarian Cup, is funded entirely with public money. 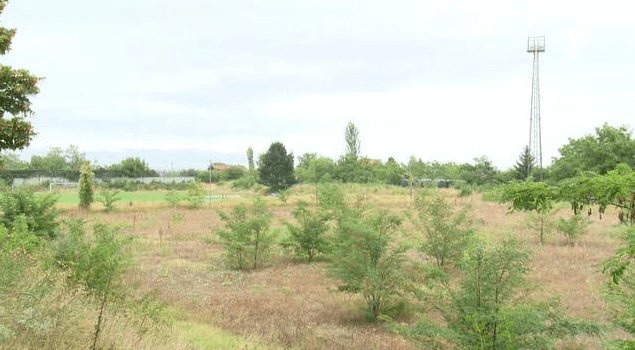 The Bulgarian football federation shares a large part of the blame, as the BFU closed their eyes to irregularities in the licencing documents. Had the BFU punished CSKA sooner, the club may not have been able to amass debt to the degree that it had.

Despite the great support of the fans in the third division, the future remains bleak for Bulgaria’s most storied club—there is even talk that the club could be merged with Litex Lovech. To date, the club is financially bankrupt, as it owes more than 30 million leva to different players and institutions and has no assets and no income.

Hence, a restart similar to those of Parma, Fiorentina and Rangers, where the club is dissolved and refounded might be the only correct move. The new club could then buy the brandname, and titles from the old institution, and thereby secure a brighter future for the club. With the support of the fans, CSKA could soon exprience a resurrection of their glory days, but the right measures must be taken now.