The 2020/21 UEFA Europa League has returned. Maccabi Tel Aviv will host Shakhtar Donetsk in the first leg of the competition’s Round of 32 after faring well in their 2020/21 domestic campaign. Maccabi currently find themselves at the top of the Israeli Premier League, and have only lost two league matches all season. They are a point ahead of rivals Maccabi Haifa, albeit Haifa have a game in hand. Tel Aviv are also competing in the Israel State Cup.

The Europa League match falls in an awkward period in Maccabi’s season. As the Israelis look to retain the IPL trophy, and as they fight in the Israel State Cup, their Europa League matches fall in between these two important domestic competitions. Simply put, Maccabi will have to juggle these important matches in a short period of time.

Despite their congested schedule, the Israelis know that they have worked hard for these opportunities. Maccabi overcame the likes of Qarabağ and Sivasspor to advance to the Europa League’s knockout stages, and will hope to move onto the competition’s Round of 16 after their two-legged affair with Shakhtar Donetsk in this season’s Round of 32.

Meanwhile, Shakhtar have lost some of their prowess domestically as they chase rivals Dynamo Kyiv in the 2020/21 Ukrainian Premier Liha. Shakhtar won the four previous UPL titles, as well as a series of cup competitions in Ukraine. They also advanced to the Europa League semi-finals last season.

Despite their slight dip domestically, Shakhtar have been superb internationally. The Ukrainians put on an entertaining showing in the UEFA Champions League group stages, where they were paired with Real Madrid, Internazionale, and Borussia Mönchengladbach. Critics thought that Shakhtar would finish at the bottom of the group, but the Ukrainians turned heads. Despite the horrific results against Gladbach, Shakhtar earned two impressive victories against Real, and the Ukrainians held Inter to two goalless draws. Shakhtar also earned three clean sheets in six matches against this stiff competition.

Shakhtar were unfortunate to be eliminated from Champions League contention after some impressive results, but they know that they have competed in recent seasons in the Europa League. Shakhtar will look to take advantage of this opportunity as they hope to replicate yet another strong performance in this international club competition.

How will Maccabi Tel Aviv and Shakhtar Donetsk fare in the first leg of this Europa League Round of 32 tie?

Midfielder Tal Ben Haim has spent the majority of his career at Maccabi Tel Aviv. The Israeli footballer is prolific in front of goal, and he will look to torment Shakhtar’s defense in this tie. Can he add to his goal tally in this Europa League match? 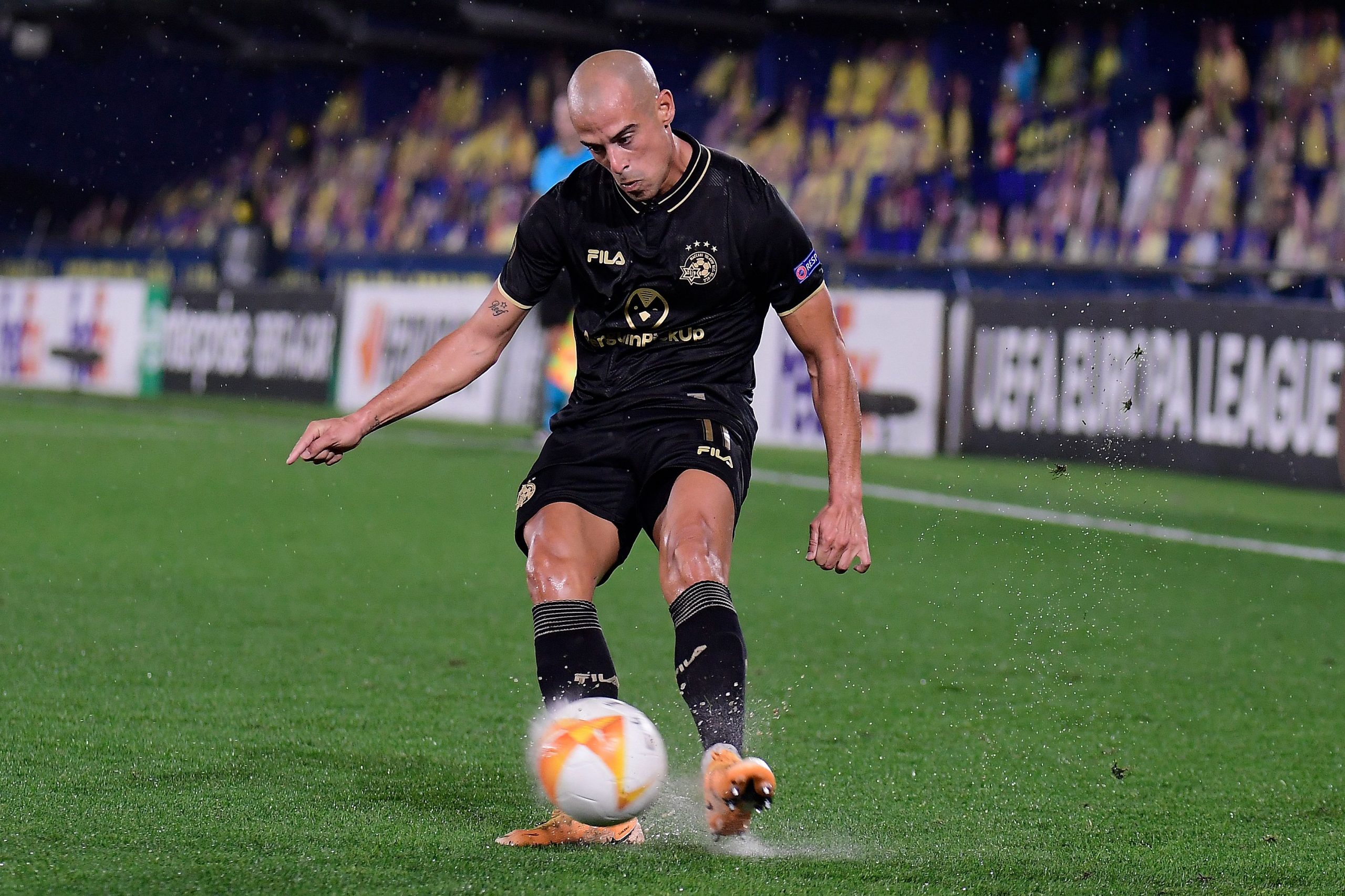 Maccabi Tel Aviv’s Israeli forward Tal Ben Haim will be one to watch in Maccabi Tel-Aviv vs Shakhtar Donetsk. (Photo by JOSE JORDAN/AFP via Getty Images)

Marlos was instrumental during Shakhtar Donetsk’s Champions League campaign earlier this season. The midfielder helped his club dictate the run of play in several of these matches, and he helped Shakhtar earn their victories against Real Madrid. Shakhtar were unfortunate to be eliminated from the competition, but they will look to make amends in the Europa League. 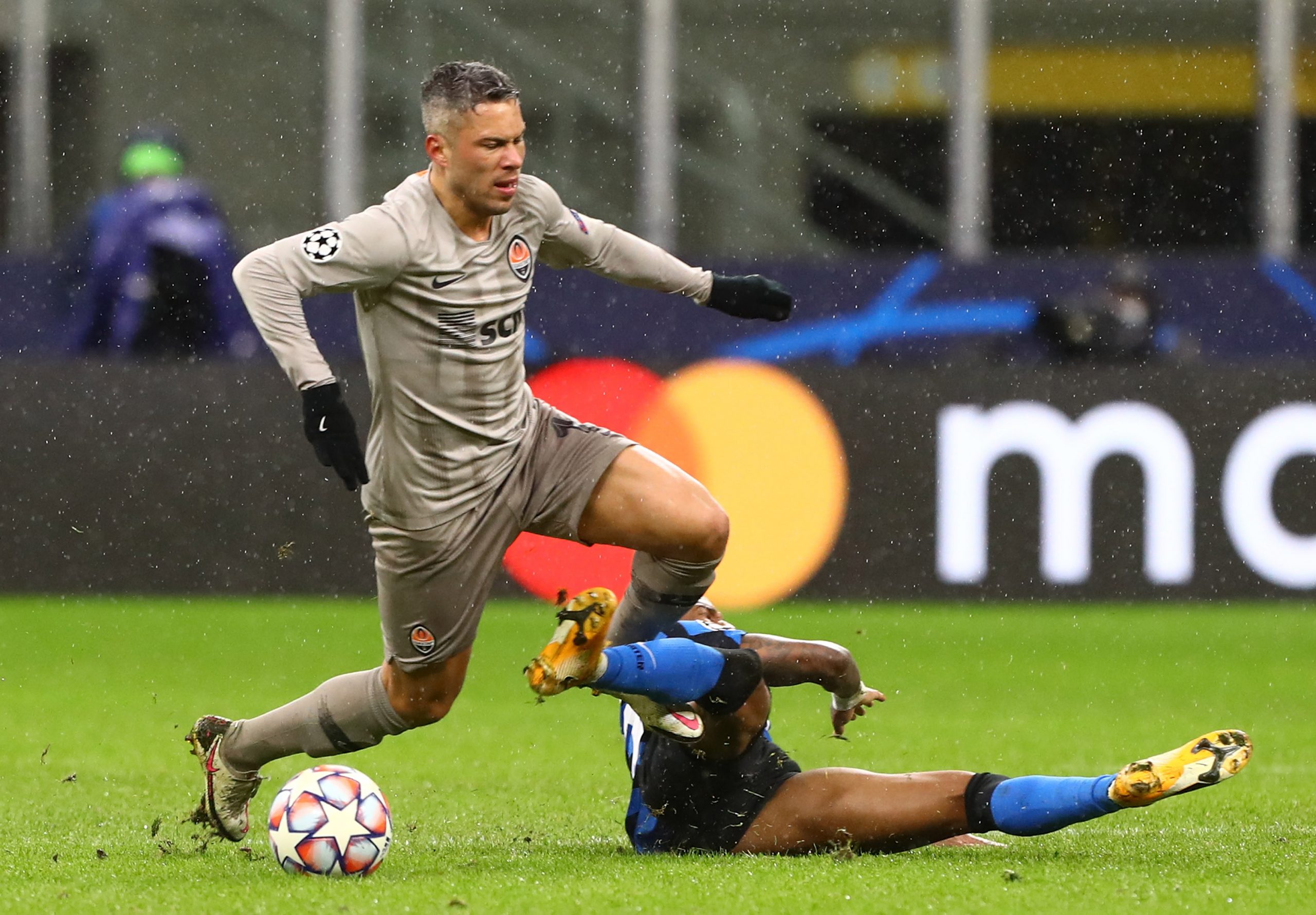 Marlos will be one to watch in Maccabi Tel-Aviv vs Shakhtar Donetsk. (Photo by Marco Luzzani/Getty Images)