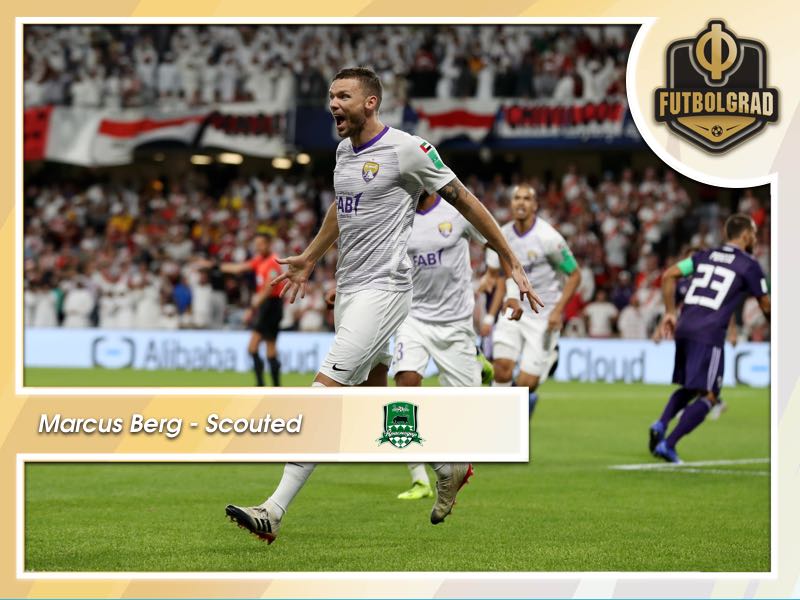 Marcus Berg – A chance to emerge from the shadow

Not many will remember that Marcus Berg was once among the most promising talents in Europe. The now 32-year-old Swedish striker was a star at the 2009 U-21 European Championship where he scored seven goals in just four games and on top of the Golden Boot was also named the player of the tournament.

As a result, clubs from all over Europe lined up to sign the Swedish striker, who at the time was playing for FC Groningen in the Dutch Eredivisie. In the end, it was German side Hamburger SV that won the sweepstakes for the then 22-year-old striker.

Tall, athletic and fast Marcus Berg in many ways was the prototype of a typical number 9. Furthermore, his Scandinavian demeanour seemed a perfect fit for Germany’s largest port city. Meanwhile, for Berg Hamburg was a perfect stepping stone that was supposed to lead to a glorious career.

The Hanseaten finished the 2008/09 season in fifth-place and under the leadership of head coach Martin Jol also reached the semifinal of the DFB Pokal and the UEFA Cup. That summer, however, CEO Bernd Hoffmann and sporting director Dietmar Beiersdorfer fought out a major conflict that led to the sporting director leaving the club. On top of that Jol decided to leave the club in May 2008 to join Ajax Amsterdam.

Not an ideal environment for a young striker to walk into, in fact, things got worse when the club missed out on playing the UEFA Cup final at home in their stadium after going out against Fulham in the semifinals. In the Bundesliga, the club finished in seventh place and missed out on qualifying for Europe.

In many ways, that season would kick off a long process that led to the club’s relegation in 2018. Marcus Berg, in the meantime, scored just four Bundesliga goals in 30 games in his first season at the club. Not enough to convince the coaching staff and the striker was sent out on loan to PSV where he managed to score eight goals and two assists in 25 Eredivisie games.

Returning to Hamburg the following year Marcus Berg added just one more Bundesliga goal in two seasons and 24 games for Hamburg. In 2013 he left the club and joined Greek side Panathinaikos.

Once out of the negative spiral in Hamburg, the striker quickly regained his confidence and, in fact, was a star in Greece. Berg played 151 games in the Greek Super League and managed to score 95 goals and 28 assists.

During the 2016/17 season, the 184cm tall forward was the country’s top scorer with 22 goals in 28 games. Overall, his time in Greece has to be considered a success, even if he never reached quite the potential that many saw in him during the 2009 European Championships. 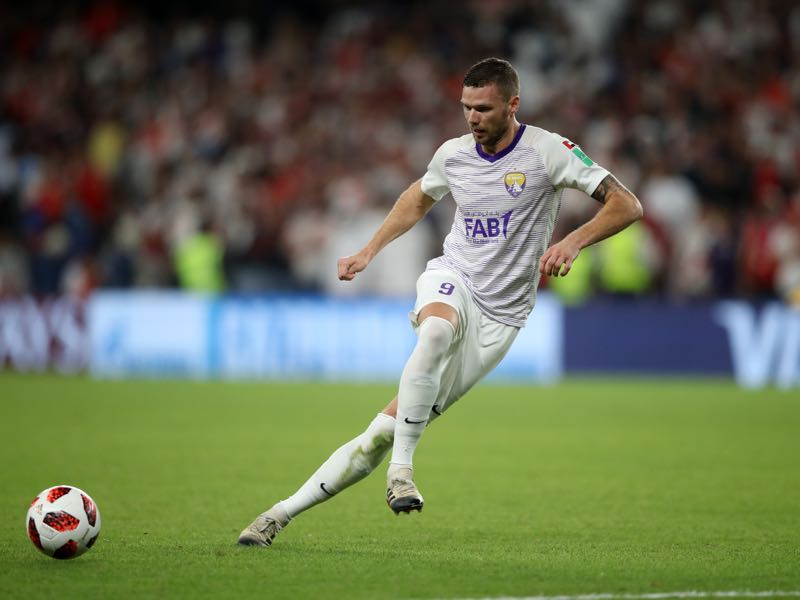 There are good reasons for that, however. In Germany, in general, a striker of Berg’s type was slowly going out of fashion. It was an era of false-nines and mobile strikers and Berg, as a classical number 9, was quickly shrugged off as a one-dimensional forward.

In Greece at Panathinaikos, in the meantime, his record speaks for itself even if some would suggest that he did benefit from a lower level of play. A lower level of play that also led to 25 goals and 11 assists in 21 games at Al-Ain FC during the 2017/18 UAE Gulf League season.

Marcus Berg had moved to the Middle East after his stellar 2016/17 campaign in Greece. It was an odd move at a time when his career was on the verge of being resurrected. But instead of a move to Europe, he opted for a big money contract in the United Arab Emirates.

Krasnodar and a shot at Champions League football

For most footballers, this is where the story ends. But on July 13, Russian Premier Liga side Krasnodar announced that they had signed the striker to a one-year contract.

In some ways, this is a fascinating signing for Krasnodar. The club tends to sign players that they can develop and heavily lean on players developed in their academy. But with Krasnodar finishing in third place last season the club will be involved in Champions League qualification and even if the club drops out of the qualifiers will play in the Europa League.

Furthermore, the club’s surprise 1-0 defeat to Akhmat Grozny on matchday 1 highlights that the Bulls need some depth up front if they want to be competitive. Berg will give them the depth and the experience, furthermore, with a strong Scandinavian presence already in the side should find it easy to be integrated into the team.

In Marcus Berg, in fact, Krasnodar have gone some way to add the goals that they have lost when Viktor Claesson went down with a complicated injury in June. Claesson managed 19 goals in 50 games across all competitions last season, which is 0.39 goals per 90 minutes. In comparison, Berg scored 0.43 goals per 90 minutes in 39 games across all competitions last season — among all Krasnodar players, only Shapi Suleymanov (0.57 per 90) was more effective last season.

Unlike Claesson, however, Berg is a typical number 9, a centre-forward, who with just 3.37 attacking actions per 90 minutes is relatively limited in terms of his overall actions on the pitch. He is, therefore, not a direct replacement for Claesson in a positisensesence, at the same time his addition will allow head coach Murad Musaev to free up other forwards to play on the wing.

Berg’s addition, therefore, in simple terms is a squad player move. A proven goalscorer, who aside from goals, will not add much else to the club. That said his addition frees up the likes of Suleymanov, Wanderson and even Ari to play out wide alongside Berg, who is a perfect target man, and therefore gives Krasnodar more flexibility overall.