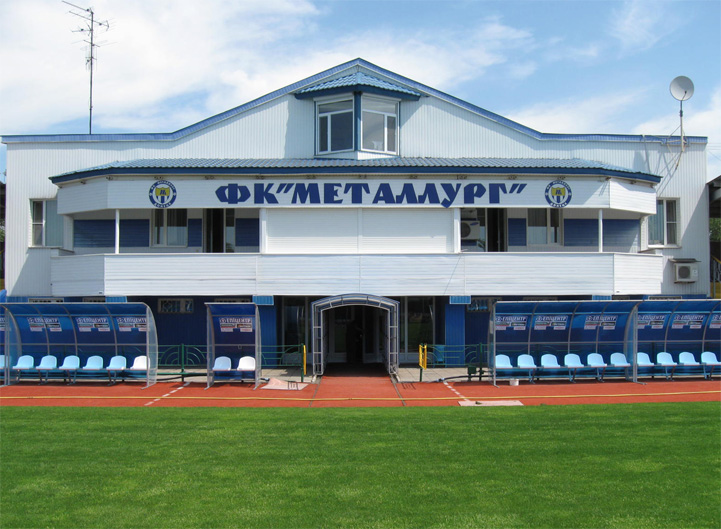 The war in the Donbass is continuing to take its toll on Ukrainian football. Earlier last week it was reported that Metalurh Donetsk, one of five clubs from the Donbass that have been exiled because of the fighting, will cease to exist and merge with FC Stal Dniprodzerzhynsk, a club currently playing in the second tier of the Ukrainian league system.

Metalurh’s future has long been plagued by uncertainty. Earlier this year there were rumors that Oleg Mkrtchyan, a player agent and one of the club’s main investors would withdraw finances from the club because of the conflict. Furthermore, the Industrial Union of Donbass, one of the club’s main backers, has suffered financially as a result of the conflict and has been forced to shift production to countries in the European Union.

Metalurh is not the first club to withdraw from Ukrainian football due to conflict. Early this year Stal Alchevsk, another club from the Donbass had to withdraw from the Ukrainian First League, because of the financial pressure the conflict had put on the club’s main sponsor.

This season the club, which was founded in 1996, was forced to play their home matches in Kyiv. But now, rather than spending another season in exile, the clubs owners have opted to merge the side with Stal Dniprodzerzhynsk, who will most likely take their place in the Ukrainian Premier League next season.

Stal Dniprodzerzhynsk finished second in the Ukrainian First League just one year after winning promotion from the Second League, and made the Round of 16 of the Ukrainian Cup. Despite their modest success, the club does not enjoy much popularity in their home city. The vast majority of the football fans in Dniprodzerzhynsk support the much bigger, more successful side from the region, Dnipro Dnipropetrovsk.

The fusion of the two clubs has raised many questions about the future of the new single entity, such as who will become the new manager, and what will happen to the contracts of the players?

Furthermore, there is also debate over the new name of the club. Prominent Ukrainian football journalist Artem Frankov stated that: “as much as I know the ambition and hard-headedness of the Stal owner [Maksym Zavhorodny], [the new name of the new club] can only be Stal and not Metalurh.” While the official line is that the clubs are merging, in reality Stal is simply purchasing Metalurh’s license to play in the top division. But by merging the clubs, rather than just buying the license, Stal will have first option on player and staff contracts.

Metalurh’s merger with Stal Dniprodzerzhynsk illustrates how the war has affected football in Ukraine. While Shakhtar can afford to play its matches away form Donetsk, the conflict has put severe financial strain on smaller clubs such as Metalurh. It is therefore questionable how much longer the other clubs from the region can last without a home stadium, their own supporters, and the revenue that comes with them.