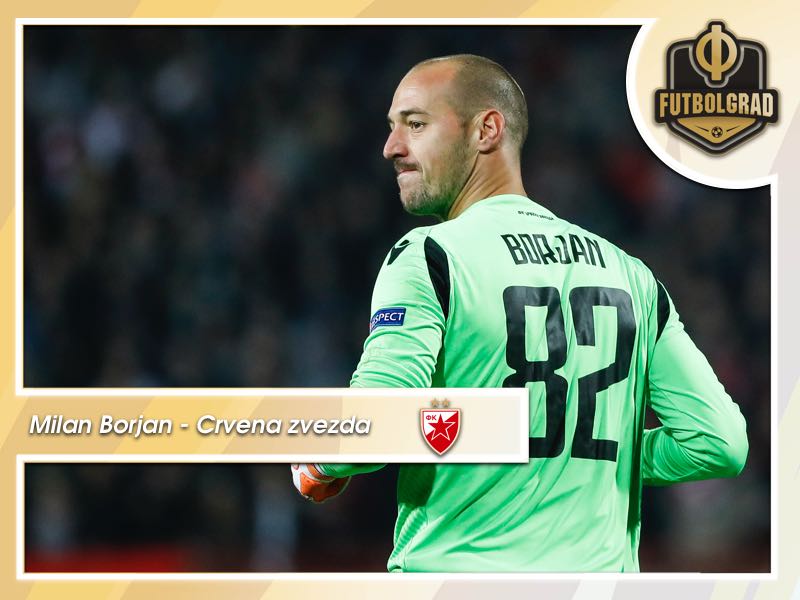 Milan Borjan – The story of an unsung Canadian hero

Milan Borjan has been a star for his club Crvena zvezda both in the Serbian SuperLiga but also in Europe’s premium competition the UEFA Champions League. Not that many notices in the country that he represents on the international level.

Born in former Yugoslavia 31 years ago the goalkeeper and his family escaped the conflict that tore apart the Balkans. A native of Knin, a Serbian separatist territory in Croatia during the war. When the conflict spread, many Serbs fled the city when it was taken by Croatian forces in 1995 when Borjan was just eight.

Milan Borjan’s family headed first for Belgrade, where Milan started his football development. The Balkans, however, remained war-torn for much of the 1990s and his family eventually decided to pick things up and moved to Canada, settling in Hamilton.

Not that Milan Borjan would remain in Canada for long, however. Without a professional league in Canada that could have furthered his career, the goalkeeper moved to South America in 2005 to play at the youth level for Boca Juniors and then played professionally for Nacional Montevideo, River Plate and Quilmes.

Ultimately, Milan Borjan could not get a foot in the door in South America and eventually headed back to Europe. But what Borjan gained was the experience necessary to win a contract in the country of his birth. In 2009 he joined Belgrade based side Rad for whom he played 36 games.

A journey through all of Europe followed after his contract at Rad ended in 2011. Playing in Turkey for Sivasspor, FC Vaslui in Romania, Ludogorets in Bulgaria, then back to Serbia for Radnički Nis, before making his Champions League debut on his second stint with Ludogorets in 2014.

A loan move to Korona Kielce in Poland preceded Milan Borjan’s dream move to the club his favourite club, Belgrade based Crvena zvezda. One of the most storied clubs in Eastern Europe Crvena zvezda won the 1991 European Cup in Bari.

A dream move to Crvena Zvezda

“In Knin, where I was born, 99% of all people support Crvena zvezda, and it was my lifelong dream to defend the goal of this storied club,” Milan Borjan said in an interview after the transfer was made official in 2017.

With Borjan in goal, Crvena zvezda dominated the Serbian SuperLiga winning the title in 2018. But the story was not concluded there. After a gruelling long road through Champions League qualification, Crvena zvezda eliminated Austrian side FC Salzburg in the playoffs to reach the group stage of the world’s biggest club competition for the first time in the club’s history.

Once there the story, however, did not end. Drawn in a group with giants Liverpool, Paris Saint-Germain and Napoli Crvena zvezda were always unlikely to emerge from the group stage. Some even expected that the club would not pick up a single point at this stage of the competition.

Thanks to a large part to Borjan’s performances Crvena zvezda were able to upset the apple-cart more than once. On the opening day against Napoli statisticians calculated that Milan Borjan would have an expected goals against of 2.05. But the keeper managed to parry all 9 shots against him with four of them coming off brilliant reflexes.

It was a brilliant night for the keeper, who managed almost single-handedly win a point for his club. While it was back to reality on matchday 2 in the 6-1 defeat against PSG and the 4-0 trashing at the hands of Liverpool Borjan managed to play well in those two games as well. 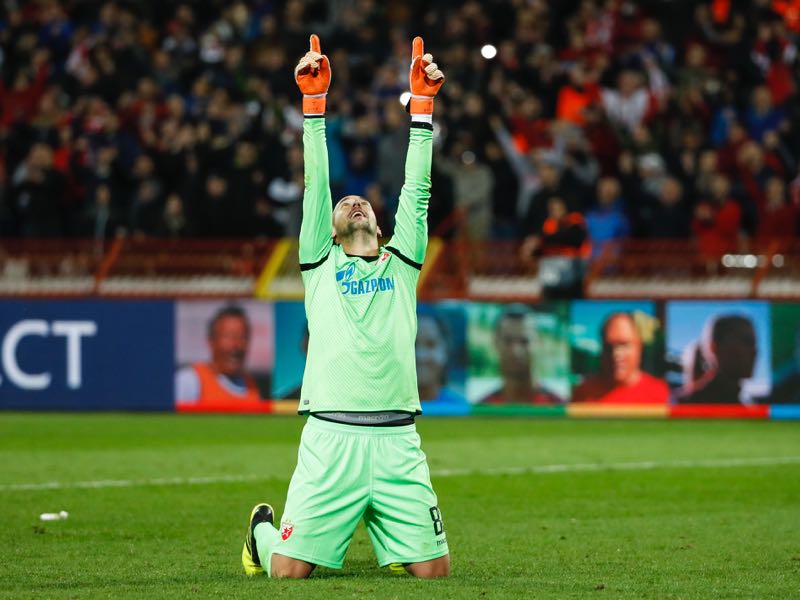 Against PSG Milan Borjan made 11 stops with ten of them counted as brilliant reflex stops. Save to say the damage at the Parc des Princes would have been worse had it not been for the Canadian national team keeper in goal. Milan Borjan was then also excellent in the game against LFC with four of his eight stops coming from reflex stops that at times frustrated the likes of Mohamed Salah, Sadio Mané and Roberto Firmino.

It was in the return game against Liverpool, however, in which Milan Borjan had his biggest moment. In that game, it was striker Milan Pavkov, who became the hero with his two goals that won it for Crvena zvezda at the Marakana stealing all the headlines. But almost forgotten was the solid performance by the Canuck in goal.

Stopping all four shots against him Milan Borjan also did well distributing the ball from the back starting the buildup play on 16 different occasions he also did well to control his box. On five separate occasions, Borjan intercepted dangerous high balls into Crvena zvezda’s box controlling his area with some authority.

Unfortunately, for the Serbians Crvena zvezda were unable to extract anything tangible from the last two games losing 3-1 to Napoli and 4-1 to PSG. Results that meant that Crvena zvezda bowed out of the competition at the end of the group stage.

The problem, however, has been that not many back home have noticed. A Canadian national team player Milan Borjan seldom makes the headline news, and even his performance against Liverpool only got a few headlines. At the same time, Borjan is proud to represent the country that took in his country at time of hardship.

“It means a lot playing for Canada because Canada helped my family when we had a bad time back home in Serbia, they helped us to come over here, make a better life for me and my family,” Borjan said in an interview with the Globe and Mail in 2012. “This is the way I can return it to them and say ‘thank-you,’ because I don’t have any other way to return it than by playing for Canada and saying this is my home right now.”

Unfortunately, very few in Canada seem to take notice of him. There are a few reasons for this. First, hockey reigns supreme in the Great White North. No other sport takes up more airtime and although soccer is now the biggest sport by participation the major television networks still invest most of their airtime showing hockey. In fact, a third-string Canada national hockey team, made up of players playing in second-rate European leagues, at the Spengler Cup in Davos will likely get more attention than the goalkeeper, who has been among the best in the world’s biggest club competition – across any sport.

Second, there is location. When Canada pays attention to soccer, it is to the English Premier League. Only one Canadian player, JR Hoilett, plays in England’s top flight at the moment, but clubs like Watford will have infinite more television time than Crvena zvezda will ever receive. Lastly, there are the performances by Canada’s national team, which has not qualified for a World Cup since 1986.

Hence, most Canadians that do pay attention to the game will focus on foreign club teams and even other national teams. That, however, might change with the emergence of a new young generation spearheaded by new Bayern München signing Alphonso Davies. The current generation might have just enough to qualify for the 2022 World Cup in Qatar – especially if FIFA President Gianni Infantino gets his wish to expand the tournament to 48 teams.

World Cup participation with his adopted homeland would perhaps finally give Milan Borjan the attention he deserves. Until then he remains an unsung Canadian hero despite being a difference maker at one of Eastern Europe’s most historic clubs.