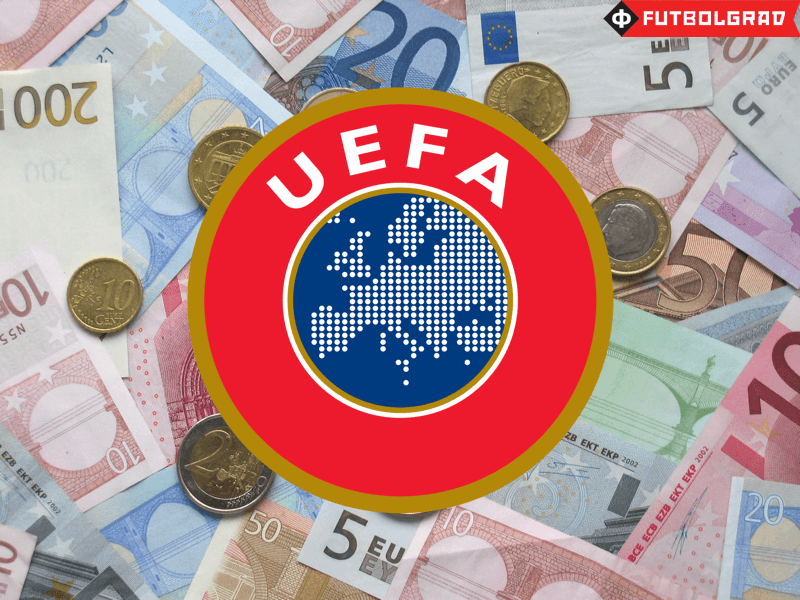 Then on March 5—as reported on Futbolgrad—Krasnodar’s owner Sergey Galitsky also spoke out against UEFA’s FFP regulations as he believed that the regulations was unfair for smaller clubs that wanted to break the dominance of the big clubs in Europe.

On March 16 championat.com reported that the president of the Russian Football Union Vitaly Mutko would meet with the acting Secretary General of UEFA Theodore Theodoridis on March 17 to discuss—what Mutko calls—the imbalance caused by FFP.

Following the meeting with Theodoridis, Mutko will meet with the new president of FIFA Gianni Infantino, but Mutko told the Russian news agency TASS that “the injustice caused by Financial Fair Play regulations will not be part of the discussions with Infantino, as this is a question for UEFA and not FIFA. We talked to him [Infantino] about it when he was the General Secretary of UEFA. Instead the matter of FFP will be discussed with the acting General Secretary of UEFA instead.”

Financial Fair Play was approved by UEFA in 2009, and implemented in 2011. Since the implementation of FFP, clubs that have qualified for the UEFA Champions League and the UEFA Europa League have to prove that they have no overdue financial obligations to other clubs, players, or tax authorities. As of the 2013-14 season clubs also had to prove that they do not spend more than they earn.

The last point has been a problem for Russian clubs, especially since the fall of the rouble has meant that the budgets of Russian Football Premier League clubs have exploded—due to the fact that many foreign stars are paid in dollars or euros. Russia’s richest club Zenit has suffered for these very reasons. At the same time Zenit’s main sponsor and owner Gazprom is also limited in how much they are allowed to give Zenit in sponsorship money, as UEFA can evaluate sponsorship contracts as loans if it deems them above the marketing value of the club.

Zenit is not the only club that has suffered from this mechanism, as Lokomotiv was also investigated when UEFA deemed their sponsorship contract with the Russian Railways, which also owns the team, as disproportionate to the actual marketing value of Lokomotiv Moscow. Similarly Dinamo Moscow was banned from UEFA this season, as UEFA felt that the club’s sponsor VTB had given the club too much money—VTB had close ties to the club’s ownership. Galitsky’s club Krasnodar were also given a penalty by UEFA before this season, and remain under investigation by UEFA. Showing that Russia’s football business model is not compliant to UEFA FFP regulations.

Finally current league leaders Rostov are also under investigation by UEFA, as the club has outstanding debts to several players. Rostov’s case, however, is  separate from the above mentioned cases as the Russian Football Union are also investigating the club, and a recent Lenta report even suggested that the club could even be dissolved if it doesn’t solve its financial problems.

The Rostov case aside Russian officials believe that FFP is damaging Russian club football, as clubs are financially dependent on wealthy patrons. Furthermore, Russian club owners believe that it should be up to them whether their spending on clubs is disproportionate or not. It can therefore be expected that Russia will continue to challenge the current FFP format, and with Gazprom a major sponsor at both UEFA and FIFA, it is likely that someone will listen.