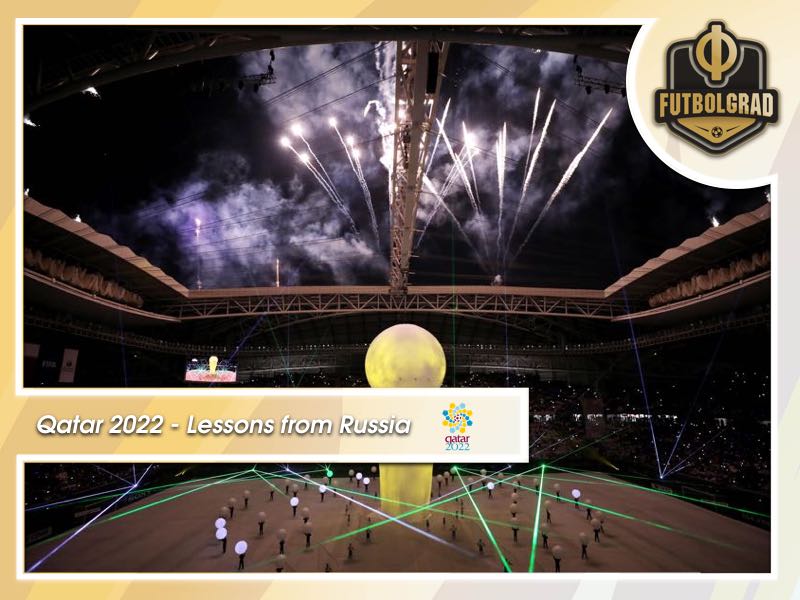 Reports by international watch groups have suggested that as many as 4,000 workers could die by the time the tournament kicks off in the winter of 2022. The number of workers dying to construct the stadiums are, in fact, the biggest concern heading into the tournament.

In some ways, however, they are just at the forefront of several problems. Holding the tournament in Qatar means that the World Cup will now take place from November to December, a direct violation to the bidding process. Then there are Qatar’s geopolitical problems. Its neighbours have boycotted the country after accusations that the country has helped to finance international terror.

Then there is the sweltering conflict between the United States and Qatar’s neighbour Iran. While it would be wrong to call Qatar an ally of Iran the two countries have close trade ties and both stand in opposition to other countries in the Middle East — mainly the United Arab Emirates and Saudi Arabia.

On top of that, there are problems on the pitch. Like it was the case with Russia ahead of the 2018 FIFA World Cup, Qatar will enter the tournament with almost no hope to win the tournament.

It’s clear that oddsmakers are not giving Qatar the same credit for the home-field advantage that they gave to Russia heading into the 2018 World Cup. Qatar’s odds to win in 2022 are at +15000 (150/1), whereas Russia was around +4500 (45/1) in the weeks leading up to the 2018 tournament. While Russia has a higher profile on the world stage, there’s little difference in quality between Russia and Qatar, who are ranked 43rd and 55th in the world, respectively.

That is even though Qatar has recently made some great advances in improving the national team. The Maroons won the 2019 Asian Cup and were invited as a guest nation to take part at the 2019 Copa América hosted by Brazil.

The 2019 Asian Cup, in particular, was a significant coup for the country. Only four years ago, at the 2015 Asian Cup hosted by Australia Qatar — which has never qualified for a World Cup and has a population of just 2.6 million — finished last in Group C behind Iran, UAE and Bahrain with zero points and just two goals scored.

Qatar, however, has heavily invested in their sports infrastructure and with the Aspire Academy has the sort of sports programs that can develop top-class talent. A plan that has been heavily scrutinised for finding young players in Africa with an eye of developing them in Qatar to naturalise them to represent their adopted country. 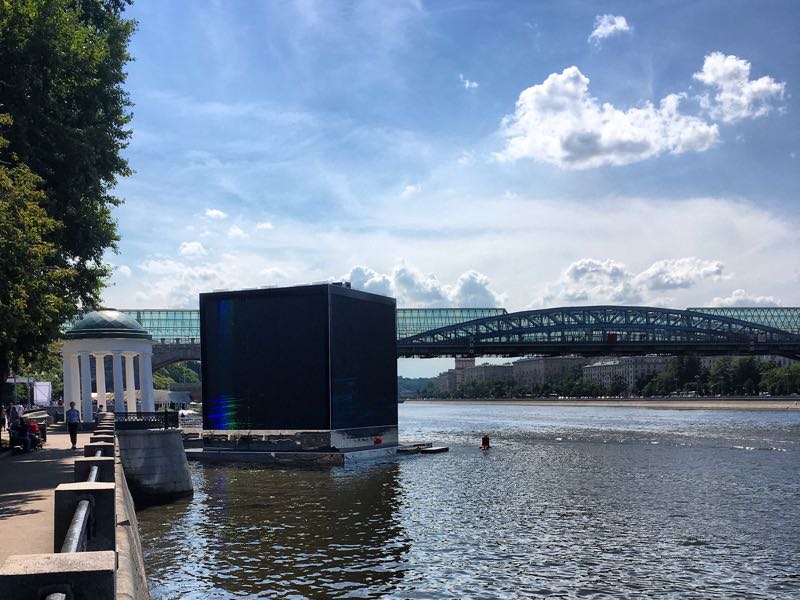 Naturalisation is, in fact, an approach Qatar has undertaken in other sports. The country came second with a team that mostly consisted of naturalised athletes when it hosted the 2015 World Men’s Handball Championships. That approach, however, is more difficult in football where players cannot switch nationalities and can not simply be naturalised by a federation.

In fact, at the 2019 Asia Cup Sudanese-born striker Almoez Ali and Iraqi-born Bassam Al-Rawi were investigated for failing to comply with Article 7 of the Regulations Governing the Application of the FIFA statutes, which states a player is eligible to play for a representative team if he has “lived continuously for at least five years after reaching the age of 18 on the territory of the relevant association.

Both players were cleared only hours before Qatar’s final against Japan, where Ali was among the goalscorers. The striker ended up as the tournament’s top scorer with nine goals. A product of the Aspire Academy, the striker, has now scored 20 goals in 43 games for his country. While cleared of all suspicions Ali is the spearhead of a generation of players that are supposed to represent their country when Qatar hosts the tournament in 2022.

The oil-rich nation, in fact, is leaving not spearing any effort to make the tournament a success. The Futbolgrad Network visited the Qatar pavilion in Moscow during the final weekend of the 2018 FIFA World Cup and was impressed by the future host’s efforts when it came to the Qatar 2022 vision.

Beautiful stadiums spread around the tiny country were shown inside the pavilion. Qatari culture and fantastic food options, as well as a light show displayed inside a gigantic cube placed on the Moskva River, gave the impression of a futuristic World Cup that will be nothing short of success.

Doubts, however, prevail over the country’s ability to host a tournament the size of the World Cup. Organisers pointed at the possibilities of cruise ships and tent cities to host the millions of guests that are expected to decent on the country in November 2022 — a notion that viewers of Fyre Festival documentary will find eerily familiar.

The organisers, however, seemed confident that all problems could be solved. Big stadiums? “No problem those will be downsized,” we were told . Whether that will be the reality, however, remains to be seen, after all the famous stadium in Yekaterinburg still awaits downsizing to the present day. 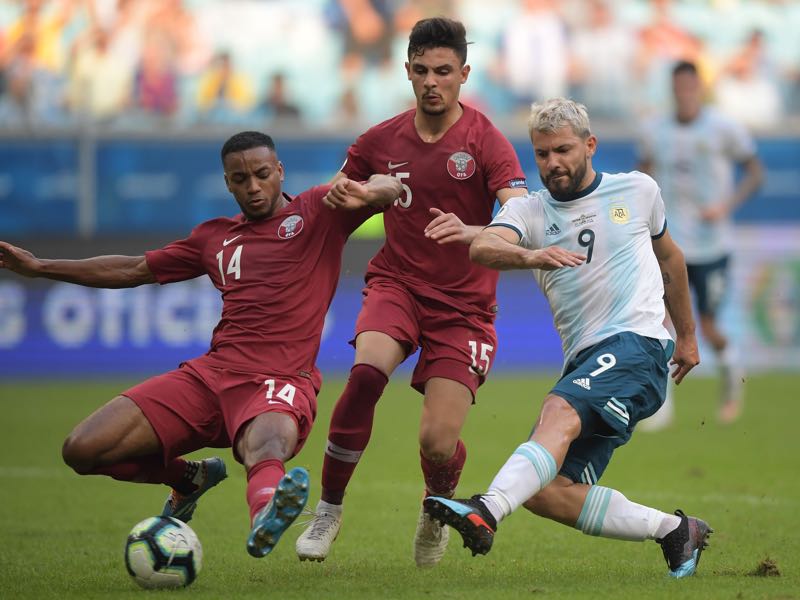 It would be, in fact, easy to point to some parallels between Russia and Qatar. Both countries are resource-rich and have to spend a significant amount of time and money on lobbying their state ahead of the tournament. Like Russia did with Gazprom there has been some considerable investment by Qatar in the football world — most prominently the French club Paris Saint-Germain whose purchase might have even helped to win the World Cup in the first place.

Qatar has been very aggressive when it comes to using its soft-power fueled by oil and gas to both promote the tournament but also build up the national team. In Belgium KAS Eupen is part of a significant development program for the country and the country also paid its way into this summer’s Copa América.

The Qatari airlines Qatar Airways is the Global Airline Partner of the South American football federation CONMEBOL. Desperate for money CONMEBOL was quick to accept the deal with Qatar Airways and also welcome Qatar as a guest nation to this summer’s Copa America.

Qatar were eliminated at the group stages but will once again feature next summer when Colombia and Argentina host the Copa América. The massive amount of investment in the national team is perhaps one parallel to Russia, as is the country’s attempt of naturalisation.

Then there is Russia’s difficult geopolitical situation. In the buildup to the tournament invaded neighbouring Ukraine and became involved militarily in Syria.

There are, however, some significant differences. Russia are a more traditional football nation and in many ways were overdue when it came to hosting a tournament — hence, although controversial Russia’s World Cup legacy seems far more secure than it is the case with Qatar 2022. Furthermore, although Russia had a poor record going into the 2018 FIFA World Cup, there was a sense that as a footballing country the national team could play a role.

A sense that does not exist when it comes to Qatar. Although the country is investing heavily, the Copa América in Brazil highlighted that there is still a big gulf between the Asian country and the top South American nations, let alone national teams from Europe.