Radnički Niš – a New Golden Era for the Serbian Underdog

The story of Radnički Niš, a football club from the city of Niš, was full of ups and downs, yet the club remained relatively unnoticed and in the shadow of the two major representatives of Serbian football — Red Star Belgrade and Partizan. After reaching the third place in the national Yugoslavian championship back in 1980, the club managed to qualify for the UEFA Cup for the first time in history and even reached the round of sixteen.

However, their biggest achievement ever was reaching the semifinals in the UEFA Cup 1981/82, having lost to Hamburger SV— one of the best German clubs back in the day. The club returned to the European stage once again in season 1983/84, having played a total of 22 games in numerous European cities. One year after that, the club unexpectedly moved down to the Yugoslav Second League and has been struggling to return to the top ever since.

Niš, the second largest city in Serbia, failed to produce a club that would match the Belgrade giants for a very long time. After the breakup of Yugoslavia, Radnički was in and out of the Serbian First League, failing to reach its former glory… until recently.

The new golden age began approximately one year ago when the club ended up in the third place, right below Red Star and Partizan. Once again, they managed to qualify for the UEFA Europa League, and their name was heard throughout Europe for the second time. 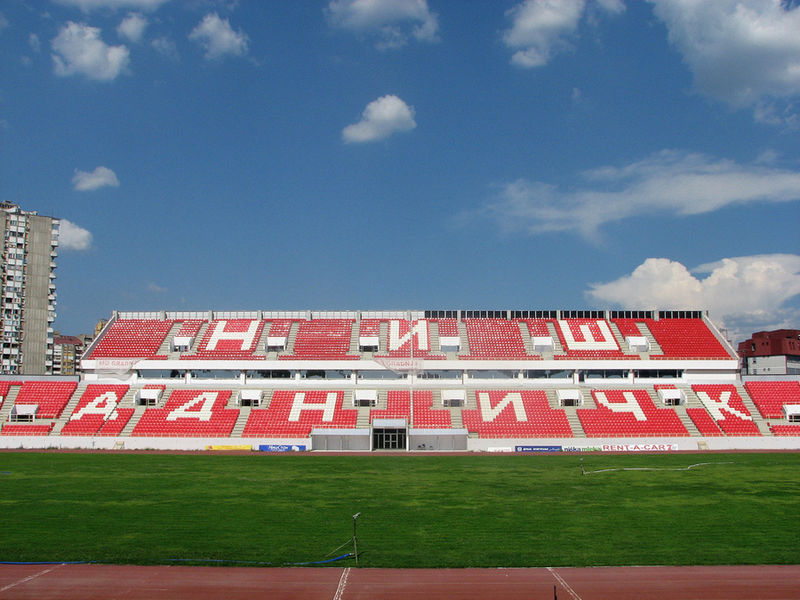 The Cair Stadion is the home of Radnički Niš (Zastavafan76 CC-BY-SA-3.0)

Their home and away games against Gżira and Maccabi Tel-Aviv were very popular on live sports betting platforms, with thousands of people cheering for the club from Niš to go through to the knockout phase. The club managed to decimate Gżira with a 5–0 aggregate score but failed to go past Maccabi Tel-Aviv, having lost to the Israeli club with 4–2 aggregate.

However, it seems that the football club from Serbia is yet to prove its excellence in the years to come, under the guiding hand of Nenad Lalatović — a former player and Red Star manager. At the moment, the club is in the second place in the Serbian SuperLiga, with Red Star topping the list.

Although they are not going to lift the trophy since Red Star have already secured the title, Radnički Niš will likely remain in the second place at the end of the season — they have 9 points more than the third-placed club right now.

In other words, stronger-than-ever Radnički Niš will likely participate in the upcoming UEFA Europa League qualifications. The residents of this southern Serbian city who support the club (also known as Meraklije) are already preparing for the upcoming spectacles that will take place at the Čair stadium.

Will the team led by Lalatović manage to revive its former glory when Radnički Niš made it to the UEFA Cup semifinals and paved the way for a player who is nowadays considered the best football player ever in Serbia, Dragan Stojković Piksi, or not? That’s yet to be seen.