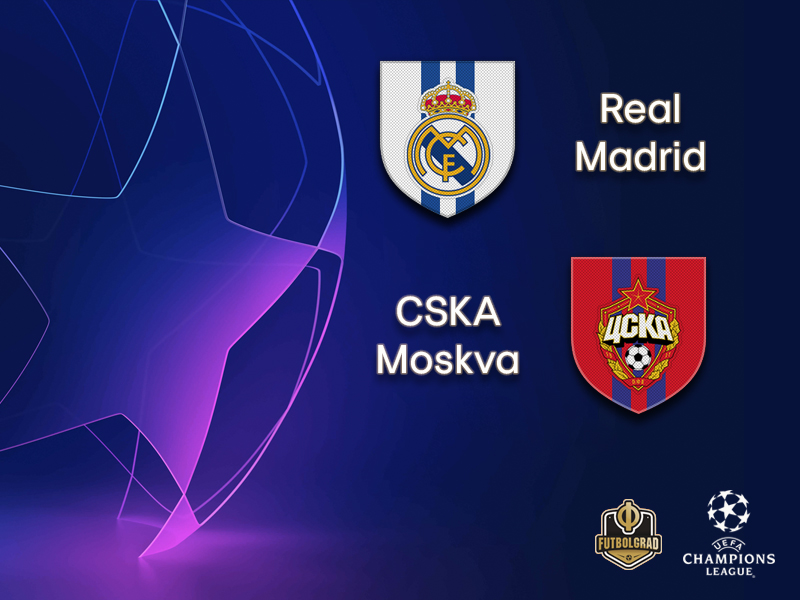 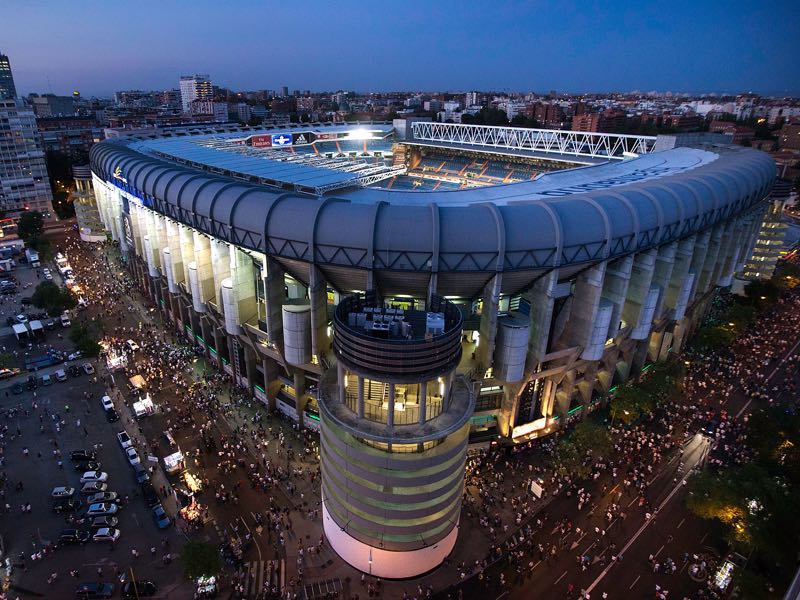 Real Madrid vs CSKA Moscow will take place at the Bernabéu Stadium in Madrid. (Photo by Gonzalo Arroyo Moreno/Getty Images)

Real Madrid will look to end another impressive group campaign by gaining revenge on a CSKA Moscow side who inflicted the holders’ only defeat in Group G and are hoping to finish third in the section. The 1-0 loss at CSKA is Madrid’s only blemish to date in this season’s competition, with two wins apiece against Roma (3-0 home, 2-0 away) and Plzeň (2-1 home, 5-0 away). The victory in the Czech Republic marked Santiago Solari’s first match in charge following the departure of Julen Lopetegui on October, 29.

The results mean that Real Madrid are already confirmed top of Group G with one match to spare. Hence, one could imagine that the Merengues could somewhat take the foot off the pedal in their final Champions League match of the calendar year.

Head coach Santiago Solari, however, wants to keep his run of just one defeat in eight matches going against Russia’s Red Armymen. Furthermore, there is revenge for the painful defeat suffered at the hands of CSKA Moscow at the Luzhniki Stadium on matchday 2. That game, in particular, was one of many negative results that would lead to the eventual dismissal of head coach Julen Lopetegui.

The former Spanish national team coach took over from Zinedine Zidane in the summer. Zidane won the league title with Real Madrid in 2017 and three Champions League titles in a row and will forever be enshrined him among the biggest legends at the Estadio Santiago Bernabéu.

Zidane’s departure and Cristiano Ronaldo’s transfer to Juventus turned out too big of a gap to fill for Lopetegui. Real Madrid already showed signs of decline last season in which a poor league campaign was overshadowed by the club’s third triumph in Europe’s biggest football competition. Currently just fourth in La Liga five points behind champions Barcelona Real Madrid are likely to use the summer and the rest of a season for a slight rebuild.

As part of that rebuild, Solari might even slightly rotate his side against CSKA Moscow on Wednesday. Younger players like the Brazilian Vinícius Júnior and Jesús Vallejo could be given some much needed playing time.

In that lies CSKA Moscow’s only chance on Wednesday. The Red Army side needs a point in Spain to have a realistic chance to qualify for the round of 32 of the Europa League. Even on points with third-placed Viktoria Plzen CSKA handed off that third place by losing 2-1 to the Czechs on matchday 5. But with Viktoria hosting Roma there is a realistic chance that CSKA could leapfrog Plzen with one point in Madrid.

After all, CSKA have had success in Spain before. In 1992 CSKA Moscow fashioned a famous 2-1 victory over FC Barcelona at the Camp Nou. That victory in Spain sent CSKA to the group stage of the 1992/93 Champions League, and on Wednesday the club need a similar miracle in order to stay in Europe past the winter break in which the club wants to continue the rebuild under head coach Viktor Goncharenko.

Third in the standings, just four points behind Zenit and Krasnodar survival in Europe, in fact, would free up some necessary funds for the club that seems somewhat ahead of the trajectory this season. Young players like Fedor Chalov, Hördur Magnusson, Nikola Vlašić and Rodrigo Becão have filled the void left by the retirement of the Berezutski twins and Sergei Ignashevich. At the same time, slip-ups are always possible, as the result against Viktoria highlighted, and even against an experimental Real Madrid side, CSKA will be hard pressed to gain the necessary points to survive in Europe beyond the winter break.

Real Madrid vs CSKA Moscow – Players to look out for:

How big is the void left in Real Madrid’s attack by the departure of Cristiano Ronaldo? Large going by Karim Benzema’s tally of five goals and three assists in the first 15 La Liga games of the season. The French forward, in fact, leads Real Madrid in scoring this year and has struggled to compensate Ronaldo’s departure, the Portuguese forward scored 26 goals in 27 La Liga games and 15 goals in 13 Champions League games. Always at the centre of criticism Benzema needs to improve his goalscoring tally for Real Madrid to be once again a competitor for the Champions League title this season. 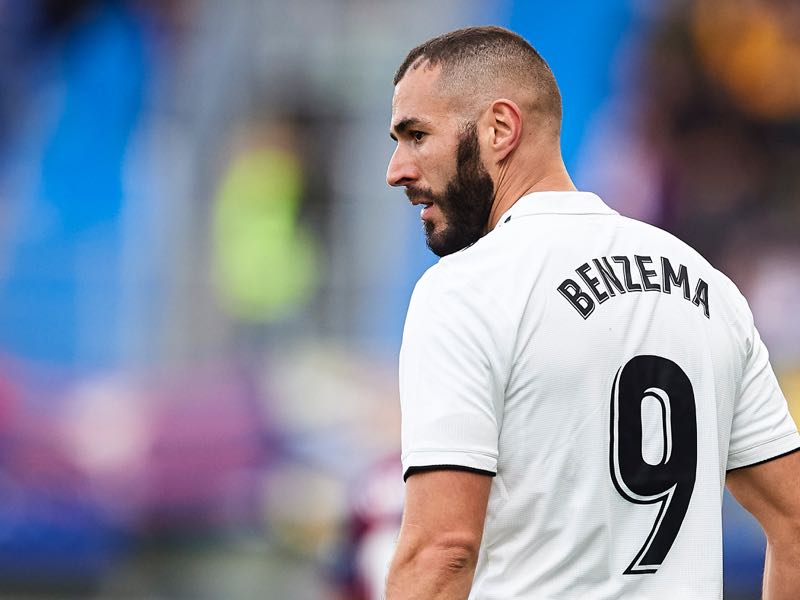 Signed from Hull City on a free transfer this summer Abel Hernández was considered a risky transfer due to his lengthy injury history. It was a risk CSKA were willing to take after the Uruguayan forward scored eight goals and two assists in just ten Championship games last season. Unfortunately, for CSKA Hernández, however, then went down with hip problems following the game against Ufa on matchday 7 and has since just played 47 minutes in the Russian Premier Liga. On matchday 17 against Yenisey Hernández came off the bench in the second half indicating that he could be an option for the Real Madrid game. 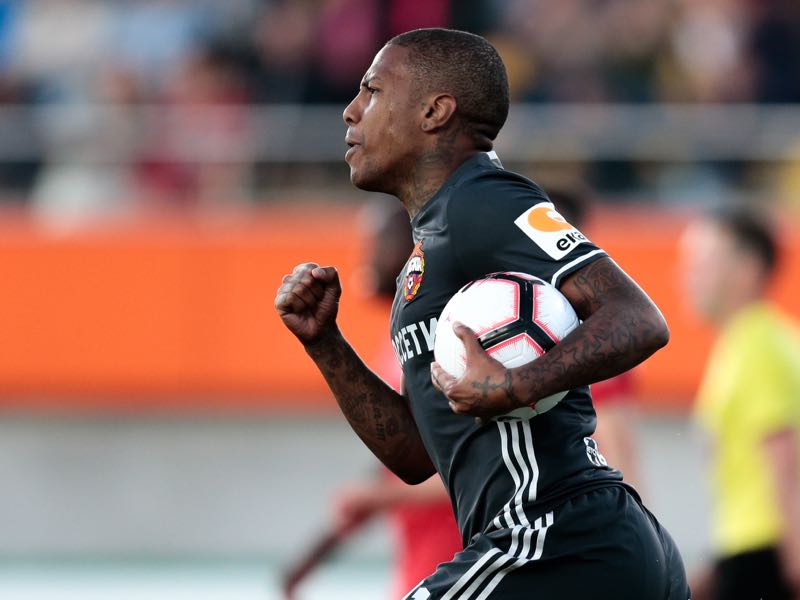