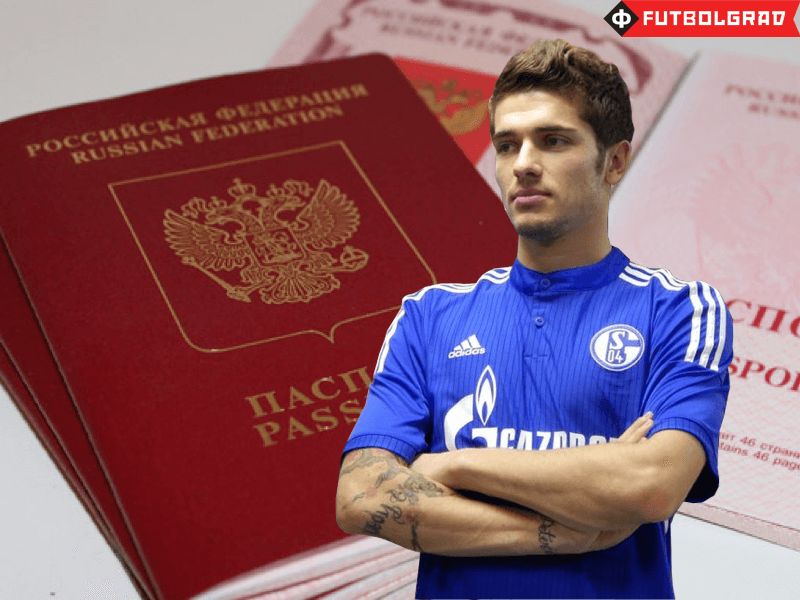 As Futbolgrad reported on March 12, Russia’s national team coach Leonid Sltusky announced his 29-men squad for Russia’s friendlies against Lithuania (on March 26 in Moscow), and France (on March 29 in Paris). Among those nominated was Lokomotiv Moscow’s Brazilian born goalkeeper Guilherme.

Indeed Guilherme’s nomination has been a major talking point among pundits and journalists in Russia, as it is expected that his nomination will open the door for even more naturalized players.

Amongst all this talk it was almost forgotten that one player who was expected to play for Russia in the March friendlies was not nominated: Schalke 04’s defender/midfielder Roman Neustädter.

It has now been confirmed that Neustädter’s naturalization hit a major roadblock.

First it was reported that that German authorities demanded that Neustädter give up his German passport if he were to accept a Russian passport.

The German football magazine Kicker meanwhile has reported on March 16 that Russian authorities have also been slow to process the documents. Neustädter told the magazine “I have handed in all documents, and I am not sure what the holdup is. I have informed the Russian national team coach. He told me that this is a disappointing development, but that not all hope is lost. We will have to see how the situation will develop in the next few weeks.”

His son Roman Neustädter meanwhile has had a solid Bundesliga career at Borussia Mönchengladbach and Schalke 04. He has also played two friendly matches for Germany’s national team—against the Netherlands in November 2012, and Ecuador in May 2013—but remains eligible for Russia, as he has not played for Germany in a competitive match.

Roman Neustädter’s career has somewhat stalled since his last call up by Joachim Löw in May 2013, and while he remains a solid Bundesliga player, his skill don’t seem to match Germany’s ambitions. Hence, Neustädter hoped to fulfil his dream of participating at the European Championships and the World Cup with Russia instead.

Now with his paperwork stuck in the German-Russian bureaucratic machinery his participation at the European Championships seems to be in doubt. The friendlies against Lithuania and France were seen as a major stepping-stone for Russia’s preparations for this summer’s tournament. After next weeks friendlies Russia will only play two more friendly—against the Czech Republic on June 1 and Serbia on June 5—before facing England for their first group stage match at the Euros on June 11. Hence, even if Neustädter has received his Russian passport by then, will one game be enough to integrate Neustädter into the Sbornaya?