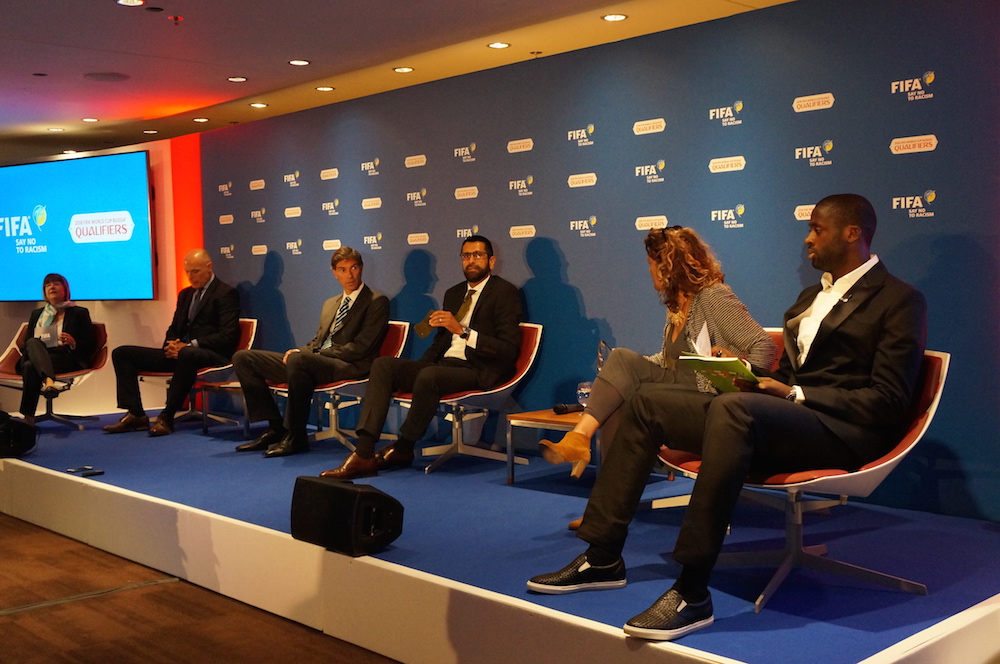 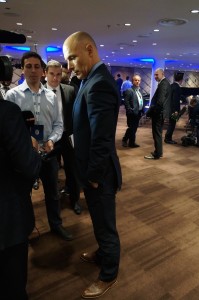 A new FIFA Anti-Discrimination Monitoring System is being introduced in collaboration with FARE in order to implement the recommendation of the FIFA Task Force against Racism and Discrimination and is based on the resolution on the fight against discrimination.

The new monitoring system is to be introduced at the start of the FIFA 2018 World Cup qualifiers. Piara Powar from the FARE Network highlighted some of the key components of the news system: “The way the system will operate is that we will develop partners within several federations, particularly in Latin America and Europe.”

Any FIFA match can be observed and Addiechi also stressed that “we [FIFA] will not disclose to any federation whether observers will observe matches.” Addiechi noted that friendly games could also be observed. This can be seen as a warning towards Russia, and that FIFA will not take racism during these friendly matches lightly.

Also in attendance was the current Manchester City midfielder Yaya Touré who was subject to racist abuse during a Champions League match between Manchester City and CSKA Moscow on 23 October 2013. Asked about the events that had taken place in Russia in the fall of 2013, Touré stated: “racism is a problem in our society in general, something needs to be done, and that is why I am here to speak out on the issue.” 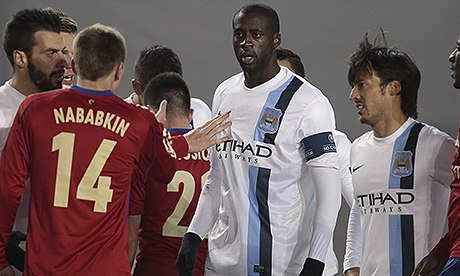 Asked whether he had thought about walking off the pitch as Kevin-Prince Boateng had done during a friendly match between AC Milan and Pro Partia in January 2013, Touré answered that “it’s difficult to deal with that [racist abuse]. You want to continue to the end but it hurts to hear this, and it is not easy to go on.” Furthermore, Touré believes that “current punishments are not strong enough.” But also that “education is the key, they [footballers] cannot solve the problem themselves. So FIFA, and the media, need to help.”

CSKA Moscow was subsequently punished by UEFA, and had to play all of its 2014-15 Champions League home games behind closed doors. While there is great debate over whether or not these punishments are effective, in the case of CSKA, a group of the fans has now begun to openly challenge racist fan behaviour within their club.

Touré himself played one season in Ukraine, for Metalurh Donetsk, and found racism to be a big issue in the region in general. He wants people in Russia, and Ukraine to respect black players that are coming to play in Russia and Ukraine, as “Africans have come here to do their job”, but also stressed that “it is important to educate them [Russians and Ukrainians], as they are not bad people.”

While Piara Powar believes that “looking at it globally we are at least at the second base in recognition of racism”. In terms of Russia, the “FARE report was significant. Before the report there was a lot of denial by Russia. Now we have a dialog with Russia on Russia’s terms as otherwise they might not respect what they perceive as a foreign perspective.”

Racism in Russia – Dialogue is the key

FARE has been working towards keeping the dialogue open, and will host a panel discussion in Moscow on May 22 that will include the Russian journalists Nobel Arustamian from NTV, and Yuriy Dud from Sports.ru, but also journalists from the west including David Goldblatt, Keme Nzerem, from Channel 4, as well as myself.

The importance of this panel discussion is that it helps to encourage dialogue on the issues of racism in Russian football, that are unfortunately very much part of Russian football today. Also as Addiechi stresses “there has to be a distinction [between] what is going on in Russian football and the FIFA World Cup.” Problems with racism were also noted in Brazil and South Africa, but ultimately the tournaments were relatively safe for all visitors and free from major racism incidents. The same can be said for Euro 2012 in Poland, and Ukraine, which are both countries that have also experienced similar issues of racism. 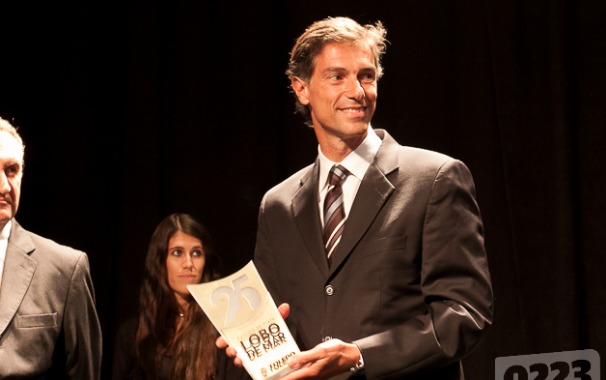 The introduction of the anti-discrimination monitoring system by FIFA is the next step in FIFA’s fight against racism. But in terms of the 2018 World Cup in Russia the football world governing body will also have to rely on the Russian Football Union, Russian journalists, the Russian government, and Russian fans to tackle issues of racism in Russian football. The Russia Football Union has also created a new office known as the Anti-Racism Inspector in order to observe incidents of racism in the country.

Asked whether FIFA would threaten Russia with taking the games away from the country if the issue of racism does not improve, Addiechi emphasized, “Russia was awarded the competition unconditionally.”

While that statement potentially opens the door for Russia to forego initiatives that combat racism in the country, removing the tournament might also have the consequence of closing down the recently opened dialog on racism. Sports events in general have the power to highlight some of the more systematic problems of a host nation. Also it has to be kept in mind that the current administration around Vladimir Putin will do everything in their power to avoid anything that could bring a negative spotlight on the country.