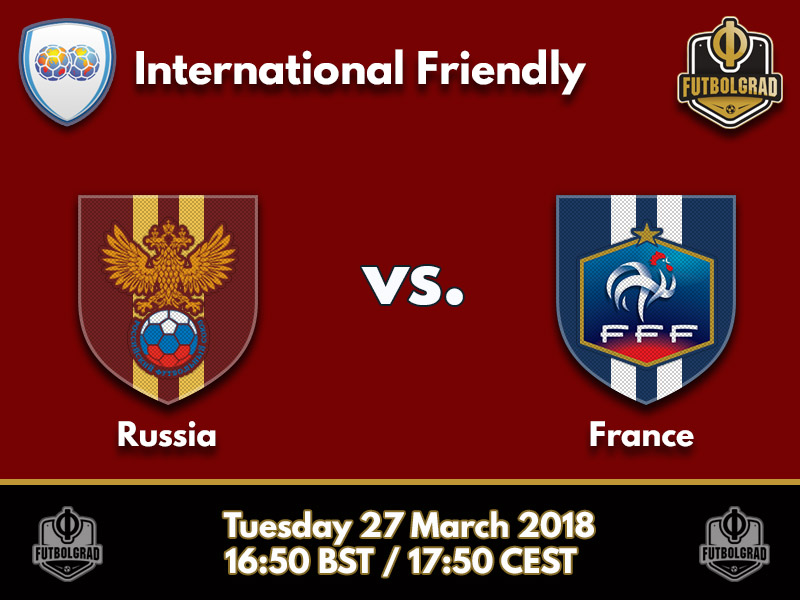 Russia vs France will take place at the Krestovsky Stadium in St. Petersburg. (Photo by Oleg Nikishin/Bongarts/Getty Images)

Roman Zobnin has become the latest in a long line of injuries to blight Russia’s World Cup preparations after the midfielder was ruled out of this match against France. Having spent considerable parts of 2017 on the sideline, the Spartak Moscow man has damaged his meniscus, but reports of the extent of the injury vary wildly between one week and a few months; what is certain is that after starting alongside Denis Glushakov and Aleksandr Golovin in a middle three against Brazil, he will be absent from the starting lineup in St. Petersburg on Tuesday.

His selection ahead of CSKA Moscow playmaker Alan Dzagoev showed an intent by Stanislav Cherchesov to solidify a defensive screen in front of the defence, and to a large extent, it worked. The opening period was a competitive showing from the hosts, but the energetic pressing that brought such positivity simply couldn’t match the movement of Douglas Costa and Willian after the break. Although the FIFA rankings are always skewed for host nations given the lack of competitive matches that count more towards coefficient points, Russia’s status as one of the lowest-ranked sides at the tournament is at least partly accurate; the loss of Zobnin – and by proxy Russia’s solidity – will be keenly felt.

Once again the question remains over how confident and adventurous Cherchesov is feeling. France can boast some lethal attacking threats which will need to be monitored, which could well see Dzagoev left out again. When he did come on last Friday, it was a like-for-like replacement for Aleksey Miranchuk instead of a switch to a more attacking setup. With Daler Kuzyaev also unlikely to feature after picking up a slight knock in training though, his inclusion may be necessary.

France have a similarly dangerous group of players that will enter this summer’s tournament as one of the favourites but have shown they are not infallible. Cruising into a 2-0 lead within 25 minutes at home to Colombia last week, they looked as devastating as they threaten to be. Kylian Mbappé showed he is far more than just raw pace and skill to intelligently combine with Antoine Griezmann before calmly supplying former Monaco teammate Thomas Lemar – a reported target of Liverpool – to smash home the second.

Colombia lack the host of glittering stars Didier Deschamps has in his firmament, but they similarly undermined France to how Cherchesov set up Russia to face Brazil – with a relentless high pressing style. Even N’Golo Kanté, one of the most efficient holding midfielders in the world, was caught in possession in the build-up to the equaliser from Falcao. On paper, similar performance from Russia on Tuesday should cause similar problems for France.

Paul Pogba was a notable absentee from the starting lineup at the Stade de France and is likely to feature earlier in St. Petersburg. His commanding presence in the middle was a specific element in the collapse that unfolded against Colombia, as Chelsea striker Olivier Giroud alluded to. “It is more of a problem of the state of mind, of relaxation than a lack of a leader,” Giroud said. “It is true that a vocal leader is missing, but we have a lot of technical leaders.”

Russia vs France – Players to Watch

With the withdrawals of Roman Zobnin and Daler Kuzyaev from training through injury, Dzagoev will be critical in preserving a balance between harrying the opposition and maintaining control of possession. He is not well-known for his work-rate off the ball but has performed a deep-lying playmaker role for his club plenty of times. Showing the maturity to adapt to slightly different roles without compromising the system will be a key factor in the success of Russia during the summer, especially in light of the extensive injury issues plaguing Sbornaya – Dzagoev has already done this for CSKA, now he must show he can do it for his country. 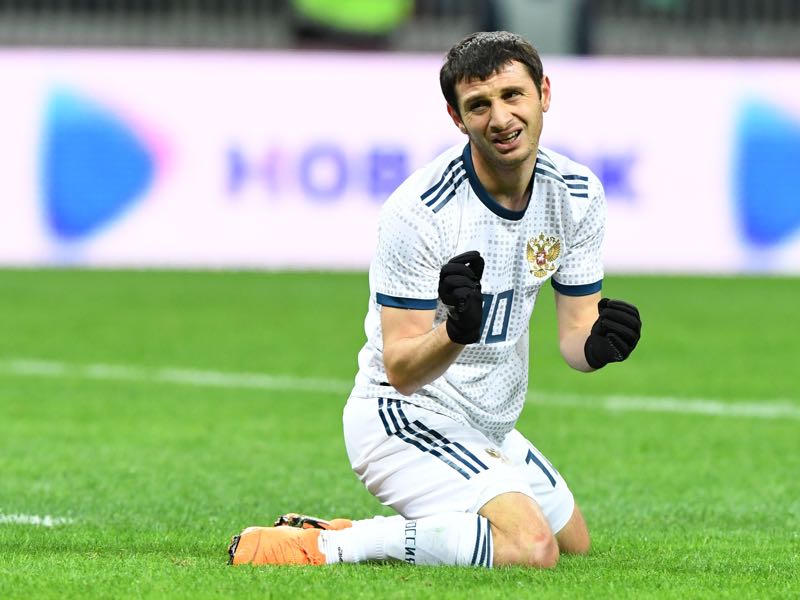 Alan Dzagoev had a tough time against Brazil on Friday. (KIRILL KUDRYAVTSEV/AFP/Getty Images)

The explosive energy of Chelsea’s diminutive enforcer means his impact is often likened to having two players, not just one, which in turn liberates his more attacking teammates to enjoy more license to attack freely. The danger is that if he switches off for just a moment, the defence can be left exposed, but so rare is this that Russia must find a way to circumvent his control of the middle to stand a chance of getting anything from the game. 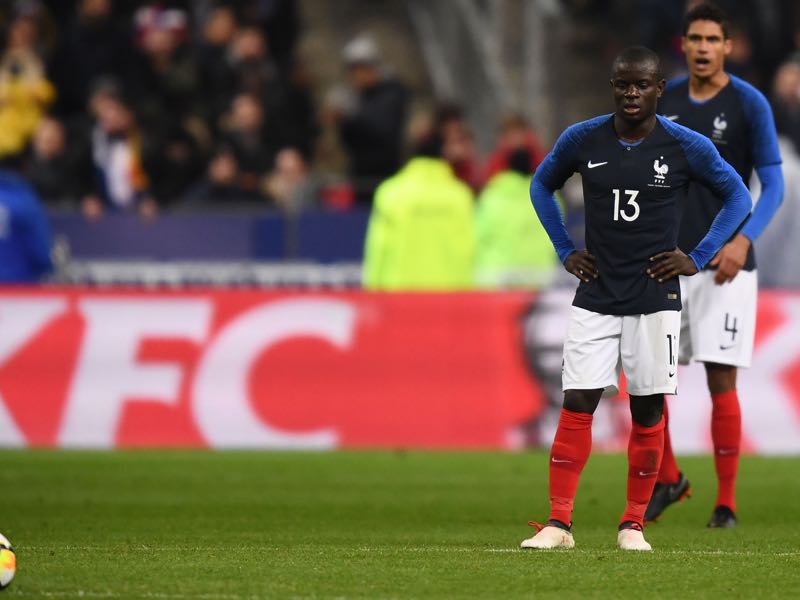