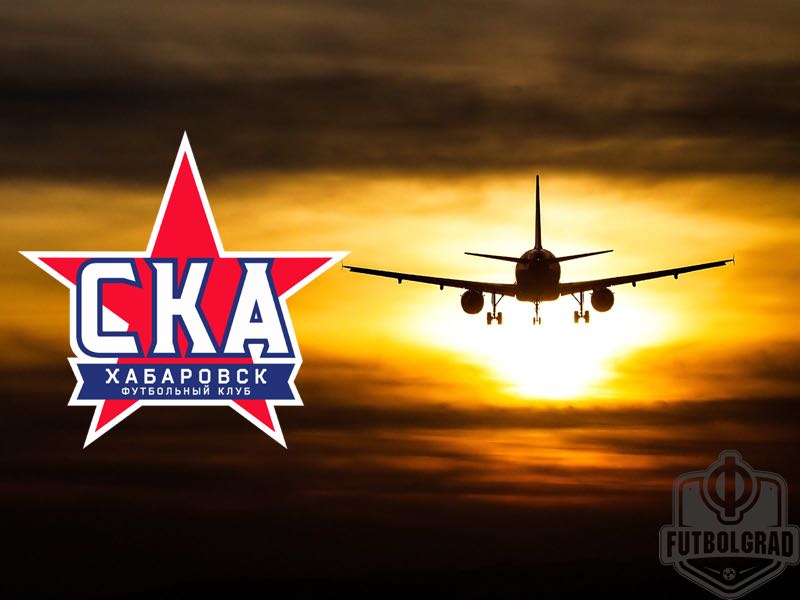 The Russian football homepage Championat recently posted a tweet highlighting FC Ural’s travelling schedule for the 2016-17 Russian Football Premier League season. Overall the club will travel 49,005 km for their 15 away games this season. Ural Yekarterinburg’s longest away trip this season will be to SKA Khabarovsk (4856km), and their shortest travel will be to Amker Perm (315km).

Located in the Far East SKA Khabarovsk will travel 180,818km. The Red Army team’s closest away trip will be the equivalent of Ural’s furthest away game and will take Khabarovsk 4856km from the border of China to the boundary of Asia and Europe. Their most far away trip will be to Rostov, which is located 6618km west of Khabarovsk on the river Don in Southern Russia.

While those distances are quite standard in Russian sport and are certainly dwarfed by the mileage collected by Football National League teams (Russia’s second division) they are still impressive numbers. Khabarovsk’s 180,818km obtained indeed crush North American numbers. The current record, which was achieved by the NBA club Los Angeles Lakers, stands at 91,128 miles (146,656.3km). The NHL franchise Vancouver Canucks recently came close covering 78,433 miles (126,225km) during the 2010-11 season. 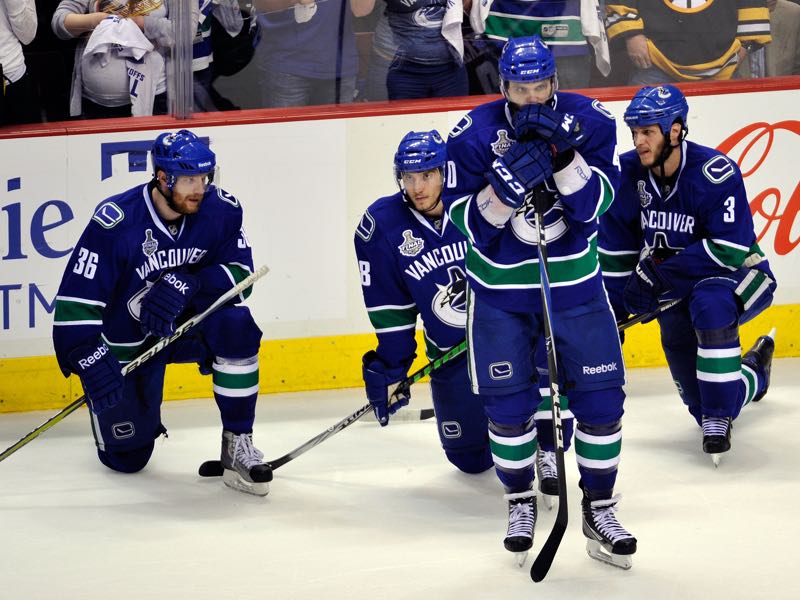 The NHL franchise Vancouver Canucks travelled 126,225km during the 2010-11 season. The leader of the pack in North America when it comes to travel in recent years. (Photo by Rich Lam/Getty Images)

Those numbers put into perspective how difficult of a season awaits for SKA Khabarovsk. The club’s players will spend 11,5 days, or 275 hours and 50 minutes, on flights this season. The distances in Russian football mean, however, that most clubs will have a difficult travel schedule. Even the four Moscow based clubs, Spartak, Dinamo, Lokomotiv and CSKA, will travel 34,582km this season despite the fact that every one of those clubs will play three derbies within the city of Moscow.

On average Russian clubs, will spend 52,317.625km on the road in the 2016-17 season. A staggering amount of time devoted to the road by the teams of the 16 team league and it will be interesting to see how the travel will affect the clubs this season. Khabarovsk have started the season with a 2-0 defeat to Zenit at home and a 1-0 defeat away at Arsenal Tula. Not the best of starts for a promoted side that might have the craziest travel schedule in European first division football at the moment.

Loading...
Newer Post
Renato Sanches to AC Milan? Only if the Price is Right For Bayern!
Older Post
The Bundesliga and the International Champions Cup – A Fine Line Between Success and Marketing