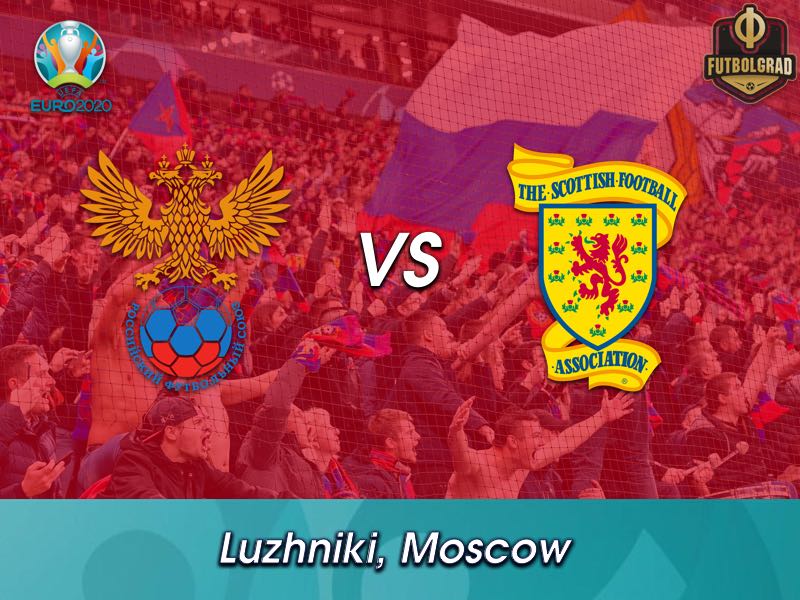 Against Scotland, Russia want to make big step towards Euro 2020 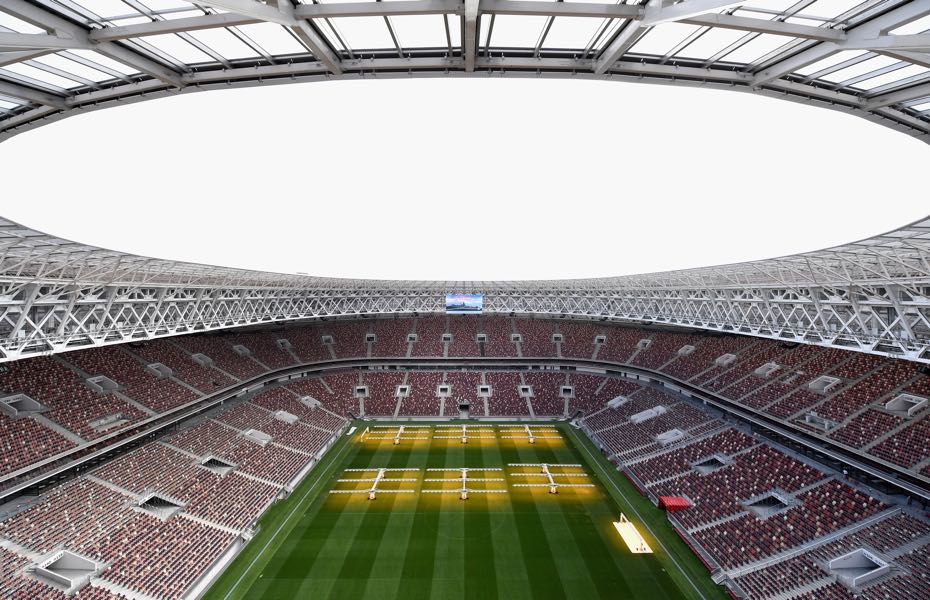 Russia vs Scotland will take place at the newly refurbished Luzhniki Stadium in Moscow. (Photo by Michael Regan/Getty Images)

International management can be a lonely existence if you don’t keep yourself busy. Weeks go by without having a hands-on control over your players’ training, fitness and morale, and within a matter of a few short days you have to dredge up the best from them or be condemned as a failure. Such is Stanislav Cherchesov’s success to date that he has managed to unite one of the most fractious and entitled squads in Russia’s recent history, which has also managed to turn the heads of a few envious club presidents. Often seen in the VIP seats of the Moscow clubs, Cherchesov’s stock has never been higher, and with the departure of Oleg Kononov and Dmitri Khokhlov from their posts at Spartak and Dinamo respectively, talk has been rife of a return to the club scene in a dual role. Now Domenico Tedesco has all but been confirmed as Spartak Moscow manager and Kirill Novikov as temporary boss at Dinamo, those rumours have been snuffed out as attention focuses completely on finishing the job for Sbornaya..

After the confidence with which Russia resisted the energetic start from Scotland at Hampden Park and came away with a vital three points, they could have been forgiven for assuming that they would stroll past a Kazakhstan side that they had beaten 4-0 away from home upon returning to Russia. That they relied on a questionable refereeing decision to help them snatch a 1-0 win late in the game in Kaliningrad was a concern as far as the performance goes. At least there was the lythe, more mobile option of Fedor Smolov to call up to change the shape and style of the forward line if Artem Dzyuba’s physical approach was sussed out. With Smolov injured and his replacement being the in-form Aleksandr Sobolev, the three strikers are all of a reasonably similar mould.

Qualification is a strange beast. Fans are not there to be entertained in one sense, and the mood around a group of international players can evolve rapidly depending on a lot of external factors. With Russia’s commanding position in the group there is less immediate pressure to produce the only currency that really matters – points – so a temptation to relax might creep in. If Kazakhstan draw with Cyprus, who have only conceded six goals in six games compared to Scotland’s 13, a Russia win guarantees a top-two finish that grants a place in next summer’s finals. Stanislav Cherchesov will certainly aim to wrap up formalities at the earliest opportunity so he can continue his trend of blooding new players without the added pressure of needing results.

Steve Clarke’s task in Moscow is a thankless one by comparison. Scotland have no realistic hopes of reaching the top top spots that would grant them passage to the finals, lying nine points behind Russia with only 12 left on offer. Fail to beat their hosts and they are mathematically out of the running, and even then they will continue to rely on other results. Understandably, media reaction is less than enthusiastic about the match itself, and have instead focused some attention on one time Lokomotiv Moscow transfer target Steven Caulker declaring his interest in switching international allegiance north of the border. With Oli McBurnie pulling out on Monday night, former prodigy Oli Burke is certain to be handed a rare chance to reignite his international prospects.

One thing Scotland can lay claim to is a fine reputation for traveling abroad. The Tartan Army Sunshine Appeal is a well established charity run by Scottish supporters that has donated generously to a children’s charity in every country in which they’ve played since 2003, and will make their latest donation of ₤5,000 to the Moscow-based Lighthouse children’s hospice. Clark Gillies has been involved for over a decade while watching well over 50 away games this century alone, and thinks Scotland will be fortunate to receive any charity on the pitch. “Basically we are out and the next four games are just friendlies before we play Finland in March for the Nations League play off finals. Media are pretty subdued (hence the Caulker story getting full back page of papers). My hope is a good performance more than anything against Russia and if we have to worry about San Marino we might as well give up now.”

The Nations League success means that they at least have the consolation of already having secured at least a playoff spot. Finland represent a very manageable prospect before a likely showdown with Serbia offers one last stern obstacle before a return to a major international tournament. Mathematically Russia can afford to be unconcerned by the potential threat Scotland may pose, but underneath the thin veneer of points lie the far more competitive encounter at home. An early bout of pressure followed by a shock lead could lead to the gap closing to six points. With Scotland all but ensured of a comfortable win at home to San Marino, Russia would then need to avoid defeat away to Cyprus at the weekend to avoid the gap further shrinking to three with belgium still to play in November. All of a sudden, the picture could look far less bleak.

Russia vs Scotland – Players to watch

After enduring an extremely turbulent first season at Monaco, Golovin has finally begun to string together some assured performances that attracted the attention of the Russian-backed principality side. An injury soon after arriving was swiftly followed by leonardo jardim being fired for an appalling run of form had dragged the former Champions League finalists into the relegation zone, and the big-money dream move to Europe looked to be in tatters. Even once he finally made it onto the pitch his personal form was patchy. Finally though he has begun to click, with his recent performance against Nice even earning a front-page headline from L’Equipe in praise of his two-goal display. The dependence on him to create chances is arguably less pronounced for his club than it is for his country, but his ability to feed his captain Artem Dzyuba will help settle any possible nerves. 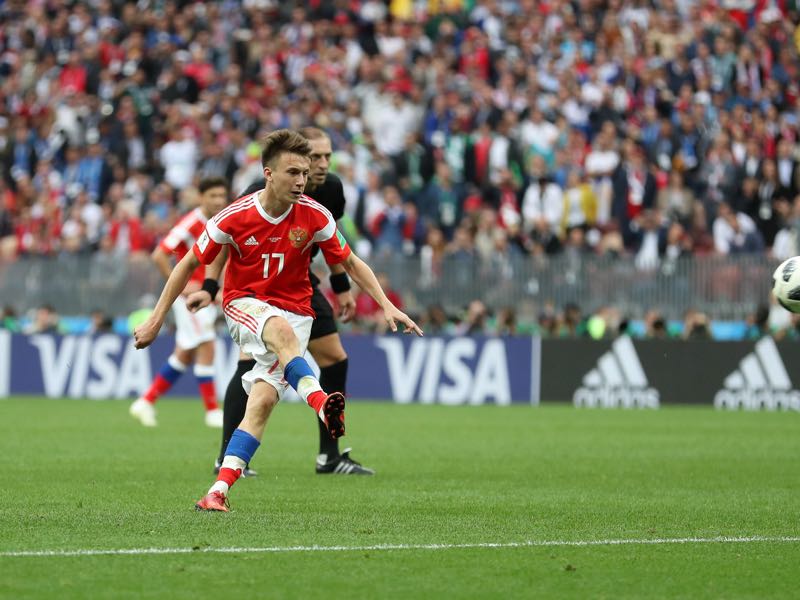 To find any light from a season as abject as Manchester United’s is quite some challenge. In the Scotsman though, there is a genuine glimmer of optimism. “If you can keep your head while those around you are losing theirs and blaming it on you,” Rudyard Kipling famously wrote, “you’ll be a man my son.” McTominay may not create endless chances for his teammates, score endless goals or be the most silkily skillful ball player, but what he does manage is to keep his head, and hold an impressive control over the pace of games. Scotland have no hope of getting out of the group so will find motivation and composure hard to come by. The United man is not the sort to down tools; quite the opposite. 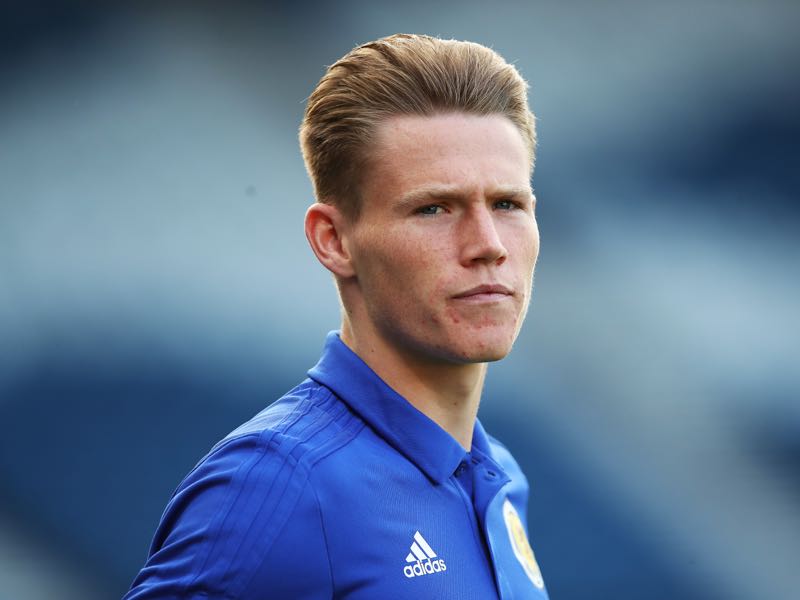 Scott McTominay of Scotland is seen prior to the UEFA Euro 2020 qualifier between Scotland and Russia at Hampden Park on September 06, 2019 in Glasgow, Scotland. (Photo by Ian MacNicol/Getty Images)