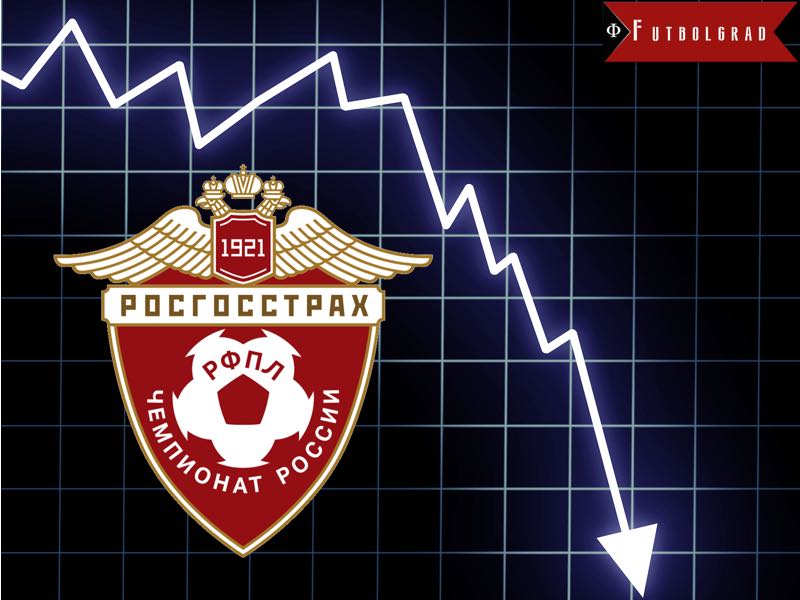 Matchday 21 of the Russian Football Premier League is almost in the books and, with CSKA Moscow as well as Zenit winning their respective away matches, the race for the title seems to be on. With both clubs just three points behind Spartak Moscow, who have one game in hand, the league is heading for an exciting finish. The problem, however, is that the Russian Football Premier League attendance numbers do not reflect the tight race at the top of the table.

Sports.ru, in fact, recently posted pictures from Zenit’s away game at Rubin Kazan. The newly build Kazan-Arena, which will host World Cup matches in 2018, appeared mostly empty. The arena holds 45,000 spectators, but the Kazan-based sports portal, Biznes Online, claimed that only 4,500 tickets were sold for the match. The ticket sales did not include Sky Boxes, and the many free tickets that are handed out before matches.

The Russian Football Premier League later claimed that 10,022 people watched Zenit’s 2-0 victory over Rubin Kazan. Given the capacity of the Kazan Arena, this means that only 22.27% of the stadium was occupied for what could have easily been Rubin’s top fixture in the second half of the season.

In fact, Rubin’s attendance against Zenit was actually one of the higher attendance numbers this season. The club has only averaged 9,172 per game in ticket sales this year. Of course, some of this might be due to the fact that Rubin, despite major investments before the season, have had a disappointing season. 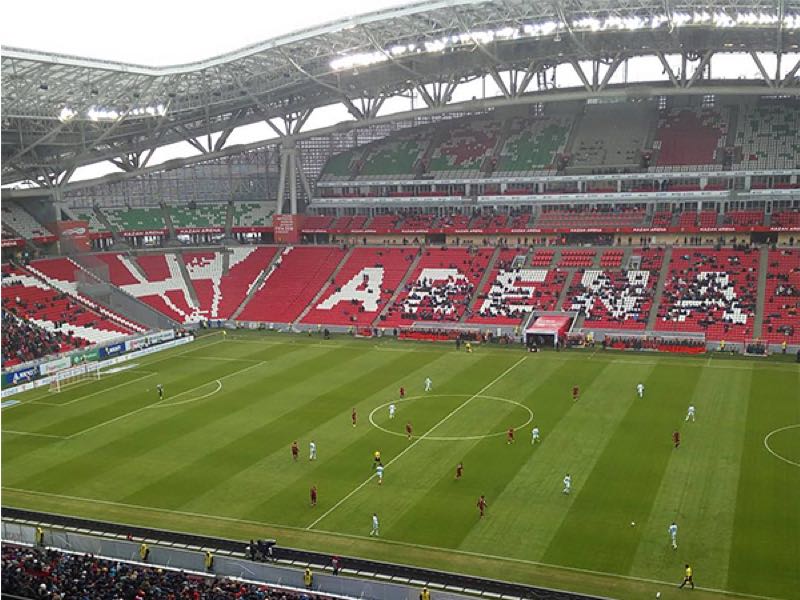 Taking a closer look at the numbers reveals that Rubin are not the only club struggling to sell tickets. CSKA Moscow, for example, who are fifth in the Russian Football Premier League attendance numbers table, have averaged just 13,020 visitors per game, despite the fact that the club moved into the brand new VEB Arena at the beginning of the season.

There was hope that the new 30,000 seat stadium would mean that the club could climb up in the Russian Football Premier League attendance numbers chart. But, despite an increase from last year’s average attendance of 9,816, the club fails to sell out more than half of the seats at the VEB Arena.

New stadiums do not guarantee sellouts

The same is true at Krasnodar. The Bulls are fourth in the Russian Football Premier League attendance numbers, ranking behind Spartak Moscow, Zenit, and Terek Grozny, with an average attendance of 14,232. As with CSKA, Krasnodar have recently moved into a new facility with the result that average attendance increased from last year’s average of 10,939 visitors.

The Krasnodar Stadium, however, has a capacity of 33,500, and the club, therefore, on average, only manage to sell 42.48% of all available tickets. These numbers are, of course, much better than Rubin Kazan’s lacklustre performance of just 38% of all tickets sold per game.

Krasnodar Stadion is the venue for Russia vs Ivory Coast – Image by Igor3188 CC-BY-SA-4.0

Overall, the Russian Football Premier League attendance numbers have seen a small drop from 11,049 to 11,041, but with the weather getting warmer, and an exciting title race, the numbers may very well surpass last year’s number. On the other hand, the number has received a significant boost from Spartak Moscow, who have seen their attendance increase from 25,179 to 30,588 this season.

On the other side of the table, Orenburg (5,158), and Tom Tomsk (5,103) have put a significant damper on the average attendance. It is, therefore, due to Spartak’s success that the league is reaching numbers similar to last year. With several clubs struggling to fill their stadiums, however, the question must be asked as to whether the new facilities built for Russia 2018 will be suitable for the Russian Football Premier League clubs. Current Russian Football Premier League attendance numbers certainly suggest otherwise…