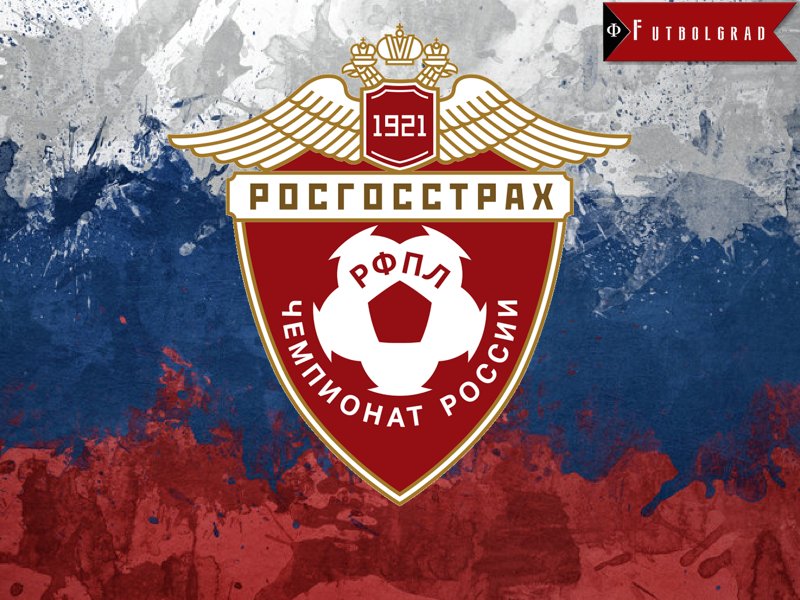 Russian Football Premier League – Who will win the 2016-17 Title?

Russian football may have taken a hit after the national team’s disappointing Euro 2016 campaign in which the Sbornaya managed just one point as they finished bottom of Group B, but the start of the 2016-17 Russian Football Premier League could help take people’s mind off what happened in France.

A number of managerial changes and big transfers are likely to create an intriguing season in which the battle at both ends of the top could go down to the wire once again (last season, CSKA Moscow beat surprise package Rostov to the title and the bottom five, which included Dinamo Moscow who suffered a shock relegation to the Football National League, were separated by just four points).

Coral will provide football betting odds throughout the season for those who wish to back their favourite team to prevail, and with the new season already underway, it remains to seen who will stamp their authority on the Russian Football Premier League and take control.

CSKA Moscow may go into the 2016-17 Russian Football Premier League as the defending champions, but all eyes will be on Leonid Slutsky after he led Russia to an abject Euro 2016 campaign. The team’s failings may not have been solely down to Slutsky, as the low talent pool in the country meant that he had very few high calibre players at his disposal, especially after superstar, Alan Dzagoev, was injured. 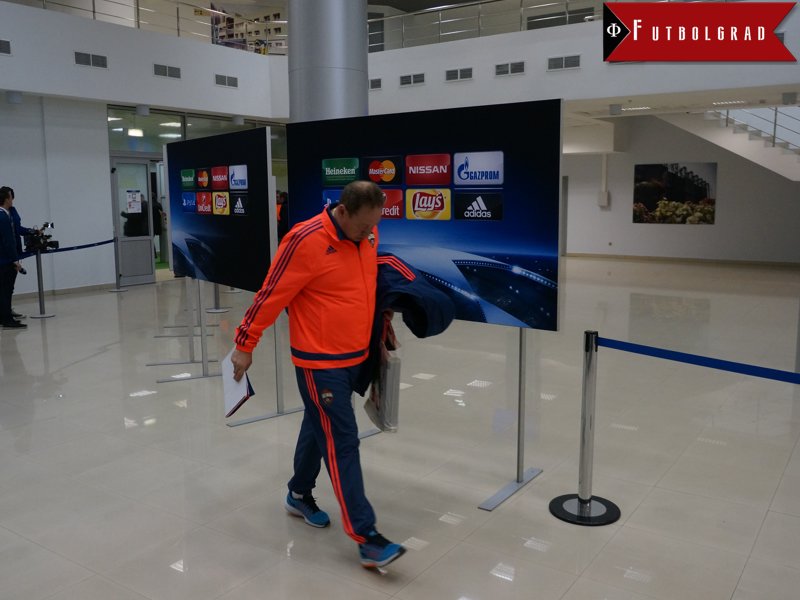 Can Leonid Slutsky guide CSKA Moscow to another title? Picture by Manuel Veth

Slutsky, despite being asked to reconsider, made the decision to resign as national team coach and focus his attention on trying to defend the Russian Football Premier League title with CSKA Moscow. The Red Army club certainly have the quality and strength in depth to be considered amongst the favourites to win the title again, but losing 1-0 in the Russian Super Cup to Zenit and then being held to a goal-less draw against Anzhi Makhachkala, who survived relegation via a play-off seven days later in their opening league game, is not an ideal start to the season.

Losing their top goal scorer, Ahmed Musa, to surprise English Premier League champions Leicester City is a huge blow, but Slutsky may have found the a replacement in the former Anzhi striker, Lacine Traoré, who has arrived at CSKA on a season-long loan deal from AS Monaco—although the two are very different players and it remains to be seen how this will affect CSKA’s game.

It is hard to be anything but impressed by the remarkable rise to prominence of Rostov, with the Selmashi transforming from a team, which avoided relegation by the skin of their teeth to one that finished just two points behind the champions within the space of a year. Kurban Berdyev deserves huge credit for the work done at the Olimp-2 and, although losing to rock-bottom side Mordovia Saransk on May 1 proved costly, as CSKA Moscow won their last seven league games to win the title, it should not take away from what Rostov had achieved.

Their upcoming league fixture at Zenit Saint Petersburg may be the football betting highlight of the weekend, as far as fans of the Russian Premier League are concerned, on Coral’s website, but the game may represent an early indication as to whether Rostov have the quality to go one step further this season. Berdyev’s team is based on a number of promising young players and an excellent defence, which conceded just twenty goals last season—on the other hand, it will be difficult for Rostov to once again produce a memorable season, and the club will most likely aim for a mid-table finish.

What looked to be a match made in heaven has, sadly for Zenit fans, came to an abrupt end, with André Villas-Boas leaving the club after Zenit finished third in the table. He managed to win the Russian Football Premier League title in his first season in charge, but Villas-Boas announced that he was leaving just seven games into the 2015-16 campaign as his relationship with the club had deteriorated. At the same time, he made headlines for all the wrong reasons after assaulting a match official—the off-the-field disputes did little to help the team on the pitch, and a major drop in form ultimately proved costly as Zenit struggled to match the pace of the front-runners.

Replacing Villas-Boas with Mircea Lucescu, who had enjoyed twelve success-filled years in charge at the Ukrainian club, Shakhtar Donetsk, appears to have been a shrewd move but, although they have brought midfielders Giuliano, from Grêmio, and Robert Mak, from PAOK, to the Petrovsky this summer, Zenit could be on the verge of losing another of their best players. 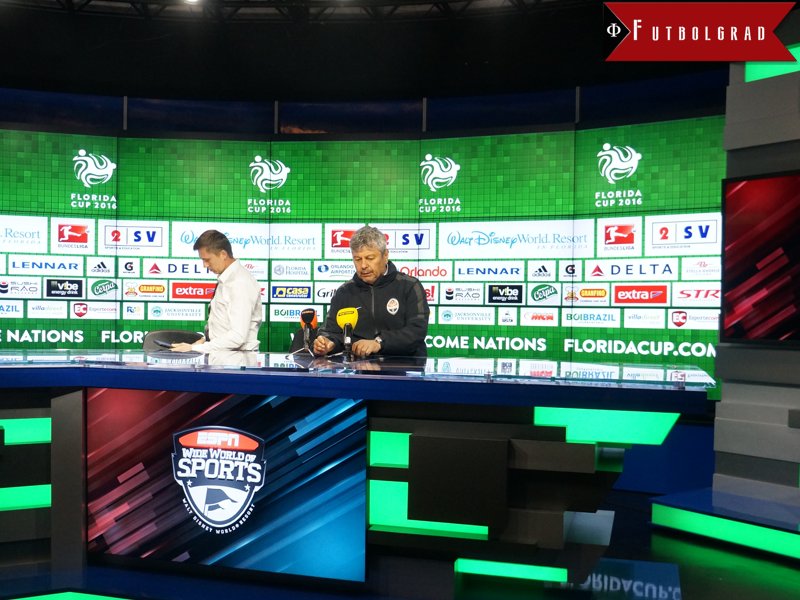 Midfield star, Axel Witsel has asked to leave the club this summer, with teams in the English Premier League and Serie A interested in securing his services; this follows the departure of Hulk who has moved to Shanghai SIPG in the Chinese Super League for a mammoth €55 million.

Lucescu may struggle to replace a striker who scored 17 goals last season and, although Witsel is still at the club, the goal-less draw in their opening fixture against Lokomotiv Moscow may suggest that Zenit need to add more firepower if they are to compete for the Russian Football Premier League title. Hence, Zenit will most likely stay active on the transfer market until the end of August, in order to enable Lucescu to build a squad that can once again compete for the title.

Rubin Kazan have been one of the busiest clubs in the offseason by bringing in the Spanish coach, Javi Gracia, and signing several promising players—mostly from the Spanish La Liga. Rubin have spent €39.65 million on new players, and with several high profile signings such as Rubén Rochina, Maxime Lestienne, Jonathas, and Samu García, the club from Tatarstan should once again challenge for a top spot in the RFPL, and could even challenge for the title if the new manager Gracia is able to integrate the new signings quickly into the new squad.

Kazan’s big advantage will be the fact that the club will not compete in Europe this season, which will give the pride of Tatarstan more opportunities to rest their players. Yet, the first match against Amkar Perm highlighted that Gracia still will have to make some adjustments to his newly formed team. Rubin dominated the match, but Gracia’s new striker force failed to score a single goal and the match ended 0-0. But the match also showed that Rubin possess plenty of potential and, once the squad finds its chemistry, the club should become a major force in the league.

Spartak Moscow – The End of a Draught?

Despite being Russia’s record champion, Spartak Moscow hasn’t won a championship in 15 years—the last title was won in 2001. But Spartak has made some interesting signings in the offseason—first and foremost, former Shakhtar Donetsk midfielder Fernando, who was bought from Sampdoria Genoa for €12.5 million. Furthermore, Spartak have been able to hang on to their star striker, the Dutchman, Quincy Promes, who scored 18 goals in 30 matches for the red and white last season. 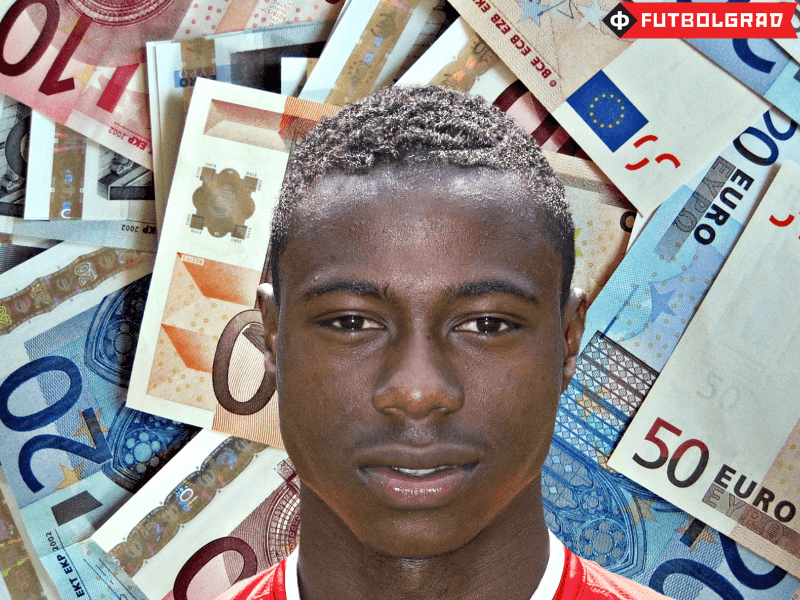 Promes also scored twice in Spartak’s season opener against Arsenal Tula. There has been interest from Inter Milan, and from the London based club, Arsenal, to sign the striker but, with a price tag of €50 million, it will be difficult for either club to sign the Dutch national team player. Instead, it is expected that Promes will remain in Russia this season, where he could become a major part of Spartak’s push to end their 15-year title draught.

The Russian Football Premier League Will Provide Plenty of Excitement

Indeed, the start of the Russian Football Premier League can be met with some excitement, as several clubs will be challenging for the title. Hence, while the above mentioned clubs gather the most attention for those betting on who will win the title, it is also possible that one of the smaller clubs could pull a Rostov, and we may very well look at a scenario where a small team could once again challenge for the title.