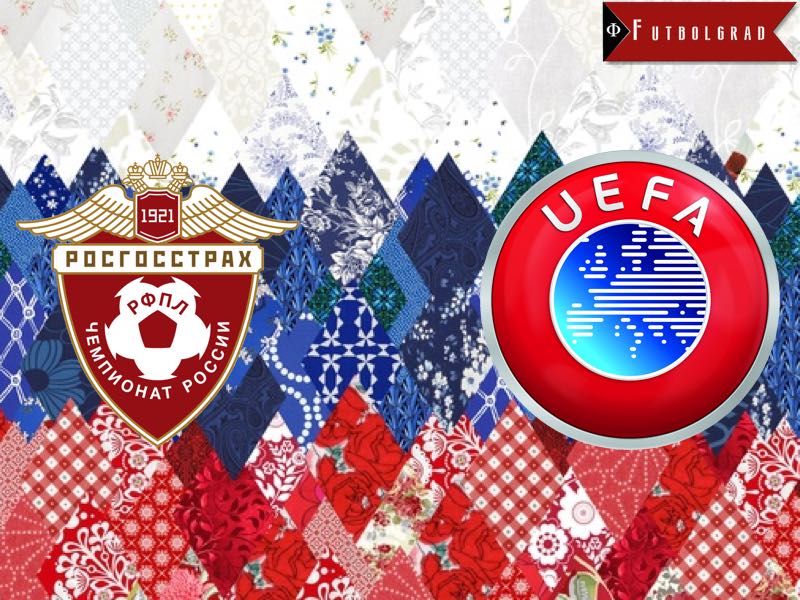 First the good news: Porto and Benfica’s elimination from the UEFA Champions League means that Russia has overtaken Portugal in the UEFA 5-year coefficients ranking.

The new format, however, will guarantee 16 group stage positions to the top four leagues (currently Spain, Germany, England, and Italy), which will leave just 16 spots for the remaining 51 UEFA member associations. UEFA has stated that they will announce the “full details of access list for both competitions [Europa League and Champions League]… by the end of the year.”

The new coefficients rules have not been announced 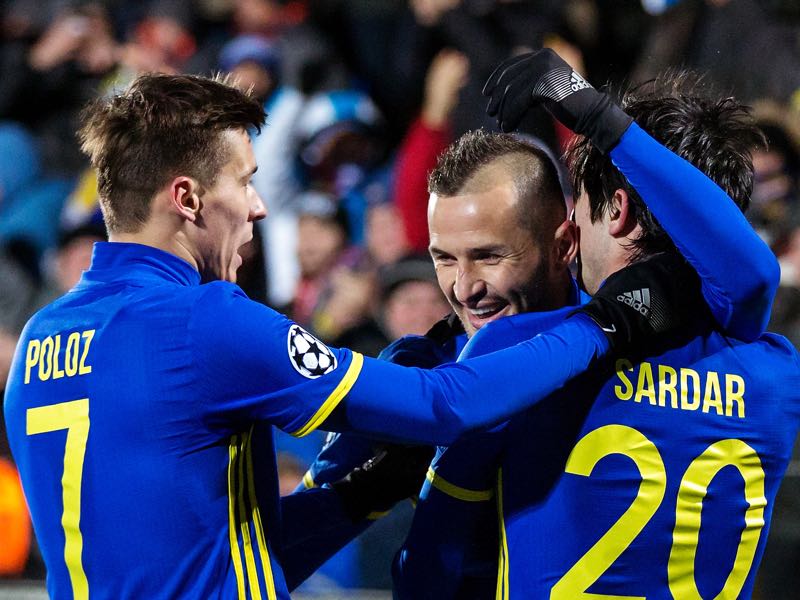 Rostov were a real revelation in international competitions this season helping Russia to gain much needed points in the UEFA coefficients standings. (Photo by Joosep Martinson/Bongarts/Getty Images)

For now, Russia and the rest of Europe, will certainly follow the way UEFA sets up the future of the Champions League very closely. But even with this in mind, there is a sense of pride among followers of the Russian Football Premier League that their football teams were strong enough in UEFA competitions to overtake the Portguese Primeira Liga.

The league is now ranked sixth among Europe’s elite leagues in the UEFA coefficients standings just behind Spain, Germany, England, Italy, and France. The extra Champions League spot would, of course, go a long way to help clubs in Russia deal with the new financial realities following Russia’s involvement in Ukraine, which led to economic sanctions against the country and the devaluation of the rouble.

There are no Russian clubs left in Europe this season

Finally to the bad news: Despite the relative positive showing, last night’s elimination of FC Rostov and FC Krasnodar from the round of 16 of the Europa League will mean that Russian clubs, once again, will not be represented in the quarterfinals of European competitions.

In the UEFA Champions League, CSKA Moscow and FC Rostov failed to reach the next stage of the competition. But, while Rostov at least managed to finish third and, therefore, qualify for the knockout stage of the Europa League, CSKA finished last in their group.

Meanwhile, in the Europa League, Zenit Saint Petersburg were one of the strongest teams in the group stage of the competition, winning five out of six matches. RSC Anderlecht, however, knocked them out despite Zenit being the favourites in the tie. Zenit’s performance was reminiscent of last season when the club also followed up a strong group stage with a weak showing in the first knockout round.

There were some positives

The Europa League, however, also showed positives. Rostov did well to first eliminate Sparta Prague, and then took Manchester United toe to toe. The Selmashi were eliminated 2-1 on aggregate, and were highly competitive in both ties.

Krasnodar swept aside the highly rated Turkish side, Fenerbahçe, before meeting Celta Vigo in the round of 16. The Spanish club had eliminated Shakhtar Donetsk, and were slight favourites going into this match. Krasnodar kept the score close losing 2-1 in Spain. The Bulls were, however, without star striker, Fedor Smolov, in the return match, and Celta took full advantage to win 2-0.

Therefore, in spite of the fact that Russia has now passed Portugal in the 5-year UEFA coefficients ranking, there will still be questions over the performance of the country’s top clubs in UEFA competitions.