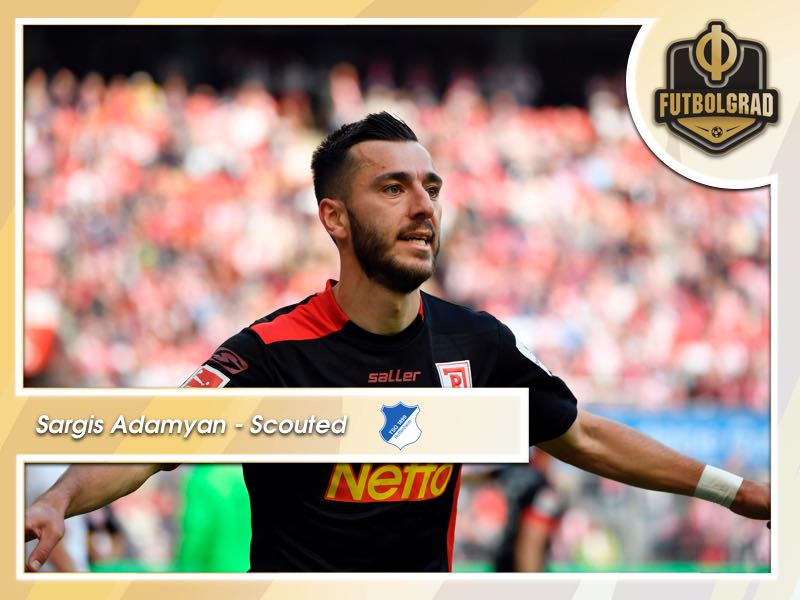 This summer Hoffenheim took the sbobet88 gamble and signed the relative unknown forward from Jahn Regensburg for just  €1.5 million. “Sargis got our attention in Bundesliga 2 thanks to his speed and his ability to put the ball in the net,” Hoffenheim’s sporting director Alexander Rosen said after the deal was made official.

The 26-year-old Armenian striker is indeed a fascinating transfer, who had a windy career path to the Bundesliga. Born in Armenia’s capital Yerevan Adamyan’s family emigrated to Germany in 1998.

Adamyan’s father, Vatchagan ran a shoe factory in Yerevan. But with the company in trouble following the post-Soviet collapse the family moved to Germany’s Northeast Mecklenburg-Vorpommern region. In Ueckermünde not far from the Polish border Adamyan’s father became a truck driver and his mother Anahit worked in a bakery.

In 2004 the family moved on to Neubrandenburg. It was here that Sargis Adamyan started to play organised football. The 12-year-old joined 1.FC Neubrandenburg 04 in 2005.

Not that the then 12-year-old has not played football previously. Sargis Adamyan, in fact, is a rare specimen in German football, a street footballer and, as a result, was relatively raw when he joined Hansa Rostock’s academy in 2009.

Coached by Toni Kroos’ father Roland Adamyan, however, was a star in Rostock’s junior program—he scored 11 goals in 25 U19 Bundesliga games. Enough to convince Armenia to call him up to the national team and in November 2013 he would already collect his first senior cap for the country of his parents in Armenia’s 1-0 defeat to Denmark. But despite the national team experience Sargis Adamyan struggled once brought up to the senior side and failed to break into the first team and left the club in the winter of 2014 for Regionalliga Nordost side TSG Neustrelitz. 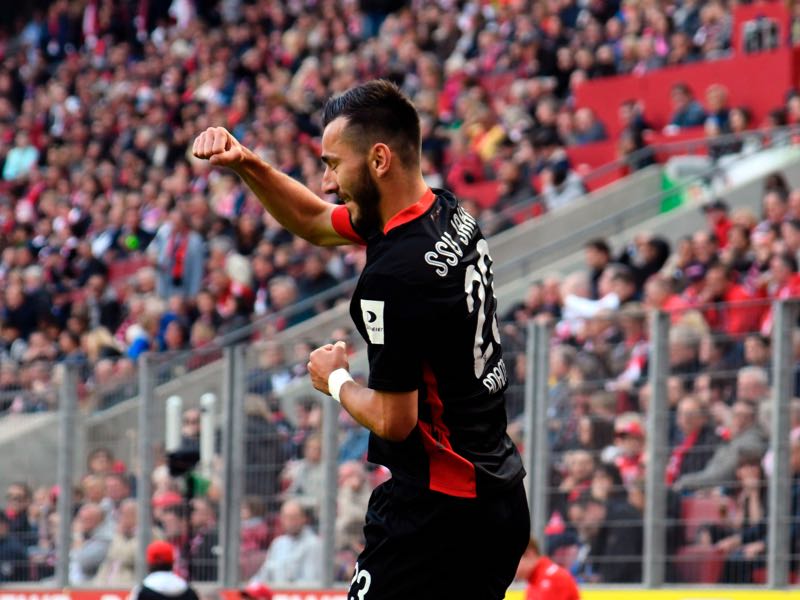 Two years later the Armenian moved south to join TSV Steinbach in the Regionalliga Südwest. It was here that the now 23-year-old’s talents would finally be recognised.

Scoring 16 goals in 33 Regionalliga Südwest games throughout the 2016/17 season the striker was signed on a free transfer by newly promoted Bundesliga 2 side Jahn Regensburg—a move that would lead to a major breakthrough in the striker’s career.

“Sargis is a fascinating player, who is supposed to challenge for the starting eleven and I think he can be a real surprise in the upcoming season,” Rose said. “I want to make it in the Bundesliga, and I see Hoffenheim as the ideal place to make the next step,” Sargis Adamyan said.

Without a doubt, Hoffenheim have signed one of the most exciting Bundesliga 2 players from last season. Kicker ranked the striker as the fifth best player in the league last season. Furthermore, with 26 scorer points in 33 games, the Armenian managed to catapult his transfer value from €150,000 to €3 million.

The Armenian national team player was fourth in assists in Bundesliga 2 last season. Furthermore, he was first with 161 touches in the box and ranked third with 96 shots and 211 one-v-one dribbles among all Bundesliga 2 players last season.

It will be fascinating to see how those numbers will translate in the Bundesliga. But for Sargis Adamyan, it becomes the end of a windy road that begun in Armenia’s capital in 1998 and now ends with his big shot at Bundesliga football this summer.