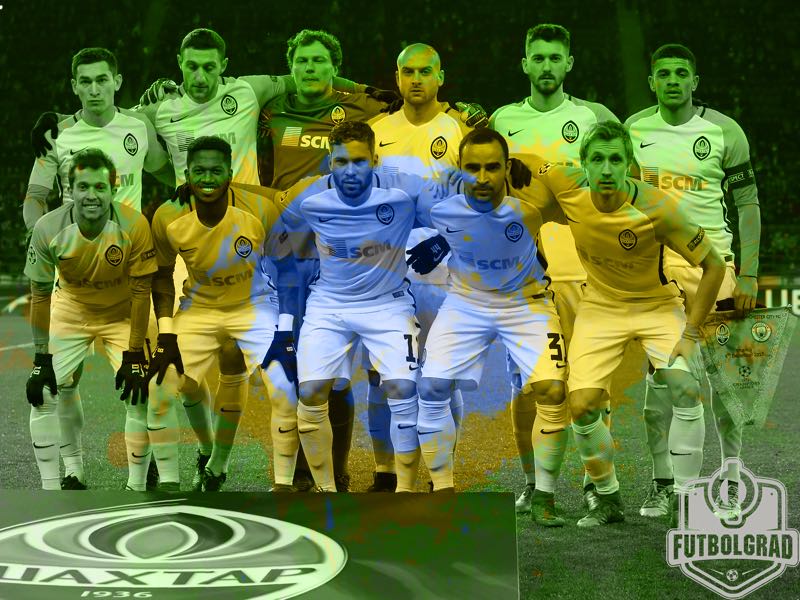 ⚡ If you missed it, Shakhtar signed up Dodo yesterday! ⚒

The details of the transfer: https://t.co/CvGd6A5uGq

An essential component of their enjoyment has been thanks to the South America contingent at the Eastern Ukrainian club. Facundo Ferreyra, their Argentinian top scorer, has been on fire for the Miners. Supported by his South American comrades in Bernard, Taison, Fred, and the recently naturalised Ukrainian citizen, Marlos, Ferreyra has been able to lead the Miners to victory.

The flair and prowess have been on full display. Twenty-nine goals and thirteen assists in the Ukrainian Premier League between the players mentioned above have put Shakhtar Donetsk in the driving seat. Leading the pack in Ferreyra with thirteen goals, closely followed by Marlos with eight, Bernard with five, Fred with two, and Taison with one. Producing is one thing, but delivering is another. The South American contingent have not been short of assists. Led by Taison with four assists, Shakhtar are producing and performing when it matters.

Mining for coal, finding gold Shakhtar Donetsk currently find themselves in a controlling position at the top of the league. However, it hasn’t just been the league which has seen the South American fever on display. The Miners have been out to make a point in the Champions League as well and have managed to advance to the round of 16 after a wonderful display 2-1 victory over Manchester City on matchday 6. Fittingly it was two Brazilians that sealed the deal for the Miners with Bernard and Ismaily scoring the two goals that saw Shakhtar finish ahead of Napoli in their group.

Despite their forced exile and conflict in their home region, Shakhtar have been beacon of positivity for Ukrainian Football. Facing the difficult task of Napoli on matchday 1 of the UEFA Champions League, Shakhtar hit the ground running against their Italian opponents. Spurred to victory by Taison and Ferreyra, the miners set themselves on a path of battle in Group F. Competing with Manchester City, Napoli and Feyenoord, Shakhtar proved that Ukrainian teams are no easy task to deal with.

In the build-up to City’s clash against Shakhtar, Pep Guardiola recalled his history of facing the Ukrainian club and how then Shakhtar players, Fernandinho and Douglas Costa, impressed him. Acknowledging their South American contingent, Guardiola described Shakhtar as “one of the best teams regarding playing football”. Such high praise from one of the best managers in the game shows the power of Shakhtar Donetsk. Despite losing to City on matchday 2, the Miners put up a good fight and made it a difficult task for Guardiola to overcome.

Shakhtar Donetsk and South America a Match Made in Heaven

Facing Feyenoord in their next Champions League clash, Shakhtar were yet again propelled to victory by their South American contingent. Scoring two goals, Bernard continued the Ukrainian sides fighting spirit on the European stage. Facing Feyenoord again after their victory in Rotterdam, the Miners were led to success by Ferreyra and Marlos in Kharkiv. With South Americans scoring their only goals in the Champions League, it’s becoming clear that the contingent at Shakhtar play a vital role in how the Ukrainian side performs in the Ukrainian Premier League and on the European stage. The South American fever is flourishing at Shakhtar.

Shakhtar Donetsk and South America are a match made in heaven. Seeing players such as Fernandinho, Douglas Costa and Alex Teixeira rise through the ranks and move onto new pastures, Shakhtar has soon found itself has the hub in Eastern Europe for South American players. 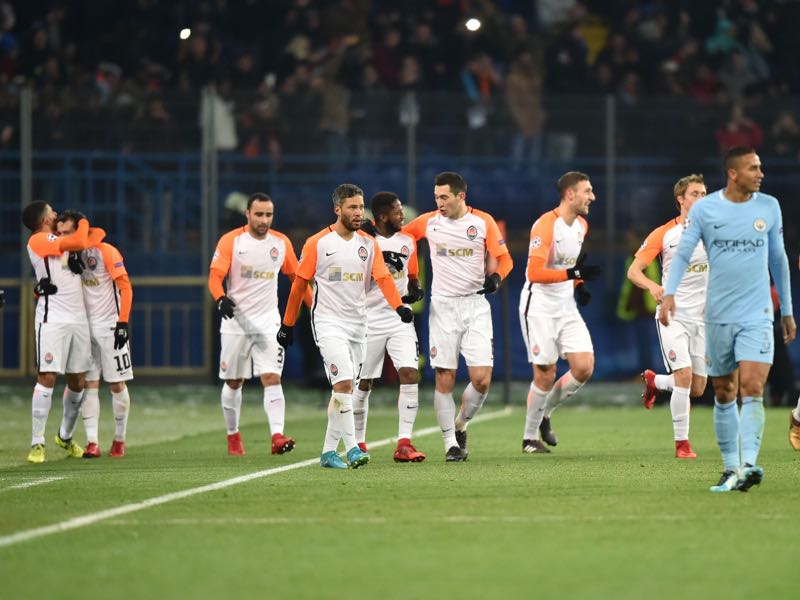 The South American fever was prevalent against City as Bernard (celebrating with Taison on the left) scored the opening goal and Ismaily (third from left) scored the second. (GENYA SAVILOV/AFP/Getty Images)

The current crop of South Americans at the Ukrainian club have been on hot form for the 2017/18 season, and some of them might find their way to Western Europe using Shakhtar Donetsk as a base to display their wonderful skills to the world.

Whether it be Facundo Ferreyra, Bernard, Taison, Fred, or Marlos, they have all played a vital role in Shakhtar’s performances in the Ukrainian Premier League and Champions League. The importance of South American players has soon seen other clubs follow suit. Teams such as Dynamo Kyiv, Karpaty Lviv, Zorya Luhansk, all have South American players in their side, most of whom play an essential role for their team. With Shakhtar reaping the rewards of South American players, maybe other teams will step up their pursuit of talent from the region. Whatever the case, Shakhtar Donetsk are making the most of the South American fever.