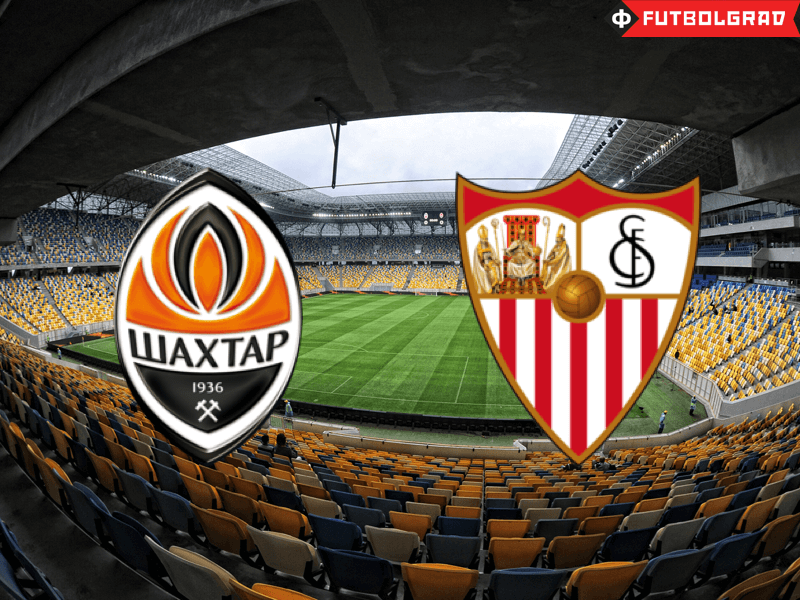 It has been a disappointing weekend for Shakhtar Donetsk, as a 1-1 draw against Chornomorets Odesa meant that winning the Ukrainian championship was all but impossible. Then on Sunday Dynamo Kyiv beat Vorskla Poltava 1-0 making their title defence official.

This doesn’t mean, however, that the season is over for Shakhtar, as the Miners can still win the Ukrainian Cup, where they are currently competing in the two legged semi-final against FC Oleksandriya—the first leg ended 1-1 in Oleksandriya.

Furthermore Shakhtar Donetsk are in the Europa League semi-final where they are drawn against title holders FC Sevilla. But Shakhtar Donetsk are currently the underdogs (+162) at Sports Betting Dime as they face the reigning champions Sevilla, who have won the Europa League and its predecessor the UEFA Cup a record four times—2006, 2007, 2014, and 2015. Hence, Shakthar will be in for tough battle if they want to reach the final in Basel on May 18.

The Shakhtar Donetsk vs Sevilla match also according to UEFA has a bit of history, as Sevilla—coached by Juande Ramos—eliminated Shakhtar in the round of 16 in the 2006-07 season. Sevilla then went on to win the competition.

Furthermore Shakhtar’s track record against Spanish clubs is poor, as the Miners have played 21 matches against Spanish teams, winning 4, drawing 5, and losing 12. Sevilla on the other hand has never lost a match against a Ukrainian club, and have most recently beaten Dnipro Dnipropetrovsk to win the 2015 Europa League title.

With this in mind it seems difficult to imagine that Shakhtar could eliminate Sevilla and advance to the final in Basel for a chance to win their second Europa League/UEFA Cup title—Shakhtar won the competition in 2009.

Yet while the Ukrainians have struggled with inconsistent performances in the Ukrainian Premier League, Shakhtar have been impressive in the Europa League this season. Shakhtar, which started the season in the Champions League, eliminated Schalke (aggregate 3-0), Anderlecht (aggregate 4-1), and Braga (aggregate 6-1) to reach the current stage of the competition.

Indeed the club’s results in the Europa League have even led to suggestions that Shakhtar players are taking the European competition more seriously this year than their domestic competition.

Mircea Lucescu told the media after the 1-1 draw against Chornomorets that “all the players thought more about Sevilla than about today’s match.” Lucescu also explained that the best thing about the result, which basically handed Dynamo the Ukrainian title, was the fact that “the match ended without our players getting injured.” At the same time Lucescu also admitted that both Dentinho and Bernard could be out for Thursday’s match, “as they had some issues after the match [against Chornomorets].”

Asked whether the performance against Chornomorets will have any impact on the Sevilla game Lucescu responded: “That has nothing to do with today’s meeting.”

Indeed it will be interesting to see how Shakhtar’s players will respond to Dynamo Kyiv winning the title. For Shakhtar’s players European football has been an important mechanism to present their skills to potential suitors from clubs from Europe’s big leagues.

Yet for the club the Europa League represents the final chance for a major title this season—winning the Ukrainian Cup would only be a minor compensation for losing out on the league title. In fact Shakhtar’s second international victory would most likely underlines the belief of club officials that Shakhtar, and not Dynamo, are number one in Ukrainian football.

Psychologically such a situation could go one of two ways. Either the club will rally its strengths and overcome yet another obstacle in the Europa League, or will falter under the pressure of taking this last chance at winning a meaningful title this season.