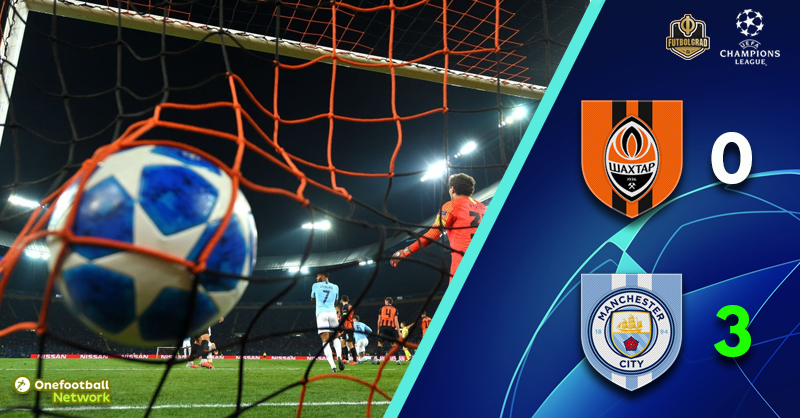 Shakhtar v Manchester City was a repeat fixture from last year. But whereas the Ukrainians managed a sensational victory over Shakhtar one year ago, it was City that would walk away with the three points from the Metalist this season.

It was a fantastic start to this one. In the 3′ minute Benjamin Mendy played a ball from the left to the centre where David Silva tried to control the ball with his chest, the ball, however, bounced high, forcing Silva into a bicycle kick, which beat Andriy Pyatov in Shakhtar’s goal but also hit the top of the bar.

Silva was also the main protagonist in City’s next chance. Playing a through-ball to Gabriel Jesus, Pyatov had to come off his line to stop the on-rushing Brazilian in the 14′ minute to keep the scoreline even at 0-0. The speed with which City approached this game in the first 20 minutes was almost breathless, and Shakhtar had to do well to keep pace.

But the Ukrainians managed just that and in the 21′ minute produced their first chance of the game after a quick counter-attack with Viktor Kovalenko seeing a shot blocked. The ensuing corner then saw a Maycon shot blocked at the last minute and City breaking quickly forward with Riyad Mahrez eventually finding himself with plenty of space inside the box, but his shot was just wide.

In the 26′ minute, Mahrez had another chance. This time his shot was on target and beat keeper Pyatov, but Yaroslav Rakitskyi rushed back to clear the shot off the line. In the 28′ minute Mahrez then delivered a pinpoint cross to Silva whose deflection hit the post of Pyatov’s goal.

At that point, it was only a question of time for City to score and the goal did arrive in the 30′ minute. Silva was once again given to much room in the box, and this time he scored with a low drive from just ten yards out. Shakhtar seemed almost overwhelmed at this point and in the 35′ minute City added a second with Aymeric Laporte nodding home a Kevin de Bruyne corner. Both sides continued their high pace game with City creating the majority of changes to take a deserved lead into halftime.

Manchester City’s barrage continued in the second half. Silva (47′) got away from Rakitskyi but saw his shot bl0cked and one minute later Mahrez missed the net. Mahrez, in particular, could have had three or four as in the 57′ minute he was once again given plenty of space and, once again, his shot missed the target.

And Shakhtar? In the 63′ minute, Shakhtar’s Alan Patrick was given to much room on the left, and his curled effort missed Ederson’s goal by just a whisker. But, in truth, the Ukrainians struggled to get into the match, and with the Miners pushing up the field, City was given the room to counter-attack.

In the 71′ minute one of those counter-attacks led to City’s third goals. A quick transition in midfield meant that Bernardo Silva was given the room to rush forward and had the room to score a beautiful goal from 18-yards out to put the game away in the English champions’ favour.

That goal effectively killed the game off. City opted to control the match and Shakhtar did not find a way to break down City’s defence as the game ended with a deserved 3-0 victory for the English side.

David Silva was the man of the match. Wearing the captains-armband, David Silva scored the opening goal for City and also hit the woodwork twice. He also managed to get 92% of his 46 passes to his teammates and was a constant terror for Shakhtar’s backline. 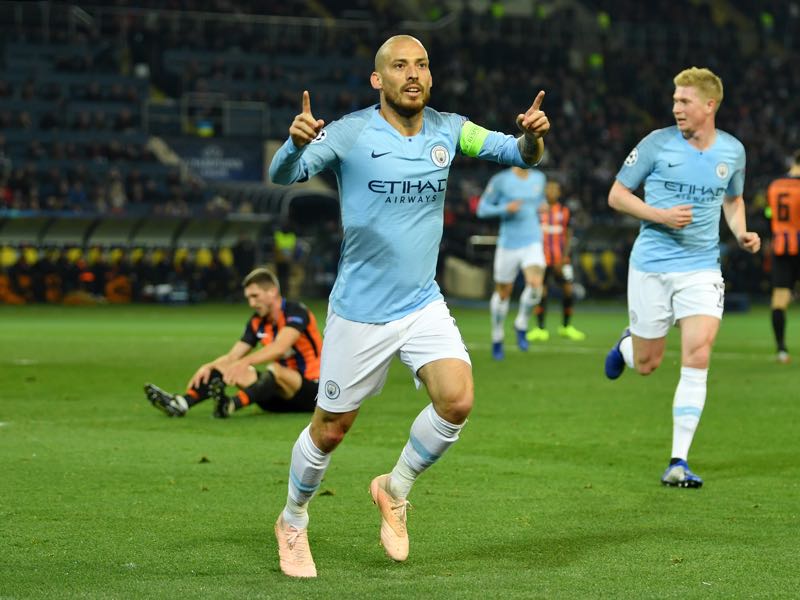 Manchester City are back on track. The Sky Blues fell to Olympique Lyon on matchday 1 but have since collected six points in the last two games. Furthermore, while City at times struggled against Hoffenheim on matchday 2, they made no prisoners tonight comprehensively beating Shakhtar in Ukraine.