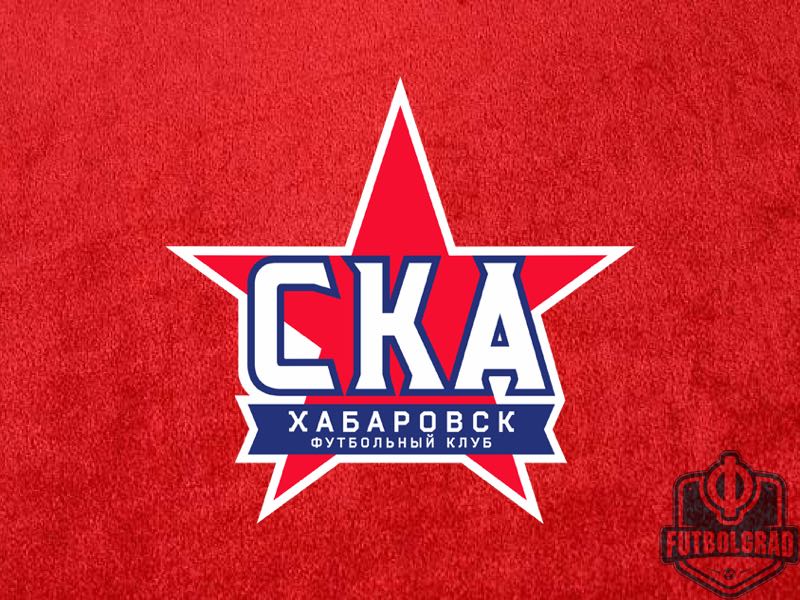 The Russian Football Premier League will be one of the first major European leagues to kick off their season this weekend. The early kick off is due to the 2018 FIFA World Cup and the long Russian winter, which forces the league to take off for three months every winter. The long winter break is one oddity, but the size of the country also means that the league can face some geographical challenges, which will be especially telling when SKA Khabarovsk make their RFPL debut this weekend.

SKA Khabarovsk’s first match will see them face Russia’s wealthiest club Zenit Saint Petersburg, who are coached by the famous Italian coach Roberto Mancini. Playing in the glamorous Krestovsky Stadium in Saint Petersburg Zenit have not only signed Mancini this summer but also spent €44 million on new players—just to put things into perspective whereas SKA Khabarovsk’s entire squad is worth €7.85 million Zenit spent €23 million on their most expensive summer signing this summer Leandro Paredes.

How big of a challenge this game will be for SKA is demonstrated by the words of Tim Bogdachev on the recent Futbolgrad Podcast. “I am a big fan of the Russian Football Premier League, and I watch it more than anyone. But even I only recognise a few names in the SKA Khabarovsk side.” The club’s most valuable player at the moment is Vitali Fedotov, who was signed by SKA Khabarovsk from the Latvian side Riga FC.

Zenit’s full team, on the other hand, according to transfermarkt.de, is worth twenty times as much as SKA Khabarovsk’s squad. But money aside the matchup between the clubs is not just fascinating because of the large gap between the worth of the two squads. There is also a considerable physical distance between Saint Petersburg, located on the Baltic Sea, and Khabarovsk, located on the border to China.

SKA Khabarovsk have been promoted to the #RFPL bringing a logistical nightmare to the Russian top flight. pic.twitter.com/5lJeHivt1y

Back when the club was first promoted the challenges that the club would face regarding travel were right away apparent. SKA Khabarovsk has located on the border of China an 111-hour drive or 10-hour flight from Saint Petersburg. The two clubs are also separated by seven time zones, which will make it perhaps the toughest away trip Roberto Mancini has ever faced in a regular league match.

The distance between Khabarovsk and the rest of the Russian Football Premier League teams will mean that the club will have a massive away trip every second weekend. But the same will also be true for clubs travelling to Khabarovsk first and foremost Zenit Saint Petersburg this weekend.

Whether the club will be ready to host such prominent opposition remains to be seen. Last season SKA Khabarovsk signed a cooperation agreement with Moscow’s giants CSKA. Founded in 1951 SKA like CSKA Moscow were created as part of the Red Army and therefore have a historical connection. Now the two clubs will, however, facing one another, which means that the cooperation agreement could be difficult to comply this season.

Another challenge will be the club’s facility. Constructed in 1951 the Lenin Stadium has 15,200 seats. The management of the club expects that the stadium will be sold out for the first match, but whether the facility is up to the standard expected by the RFPL remains to be seen.

With its Stalinist façade and massive floodlights, the stadium is reminiscent of a time long past in post-Soviet football. But how the stadium will cope with the realities of the Russian winter remains to be seen. The RFPL is scheduled to conclude the first half of its campaign on December 10. 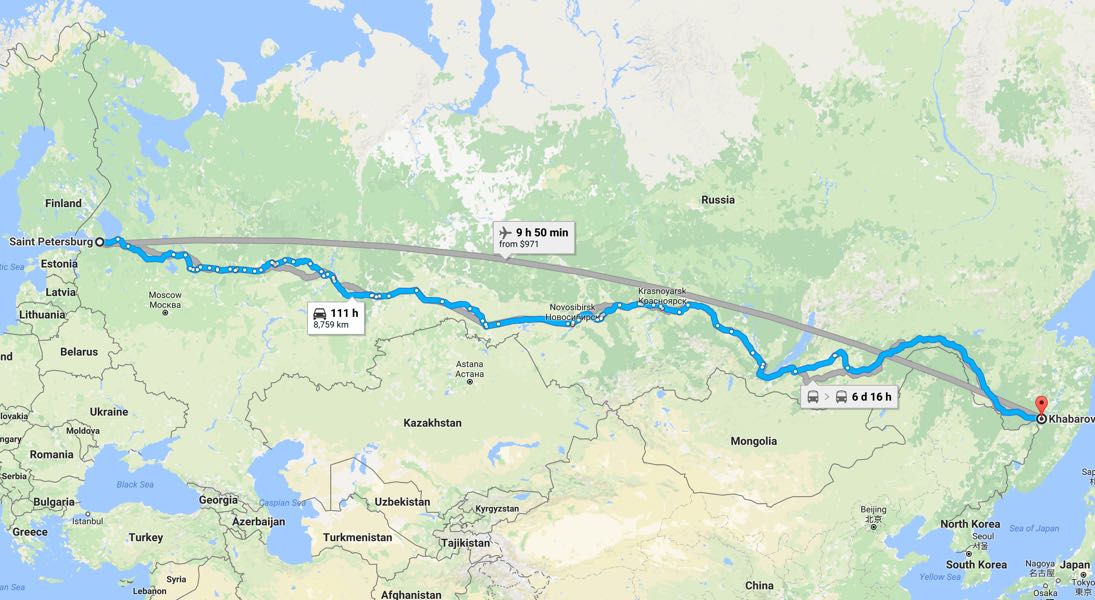 The distance from Saint Petersburg to Khabarovsk. (Google Maps)

The harsh winter in Siberia means that SKA Khabarovsk will play their last home game on Sunday 26 November against Lokomotiv Moscow. RFPL officials have scheduled their final two games before the winter, which will take place on December 3 and December 10, on the road at Anzhi Makhachkala and Rubin Kazan.

SKA Khabarovsk will face the greatest challenge of competing in a top five European league seven time zones ahead of most clubs, having to travel ten hours on the plane every second week and also having one of the smallest budgets in the competition. The first match against Zenit Saint Petersburg, therefore, shows the big gap between the club located the furthest west in the competition and the club located the furthest east.

Russia, however, is a big country and while clubs from the Far East rarely make it to the top flight, they still belong to the Russian football pyramid. Also as a neutral, it will be fascinating to watch Khabarovsk’s progress in the league and how they will face the many challenges of competing in the Russian Football Premier League.