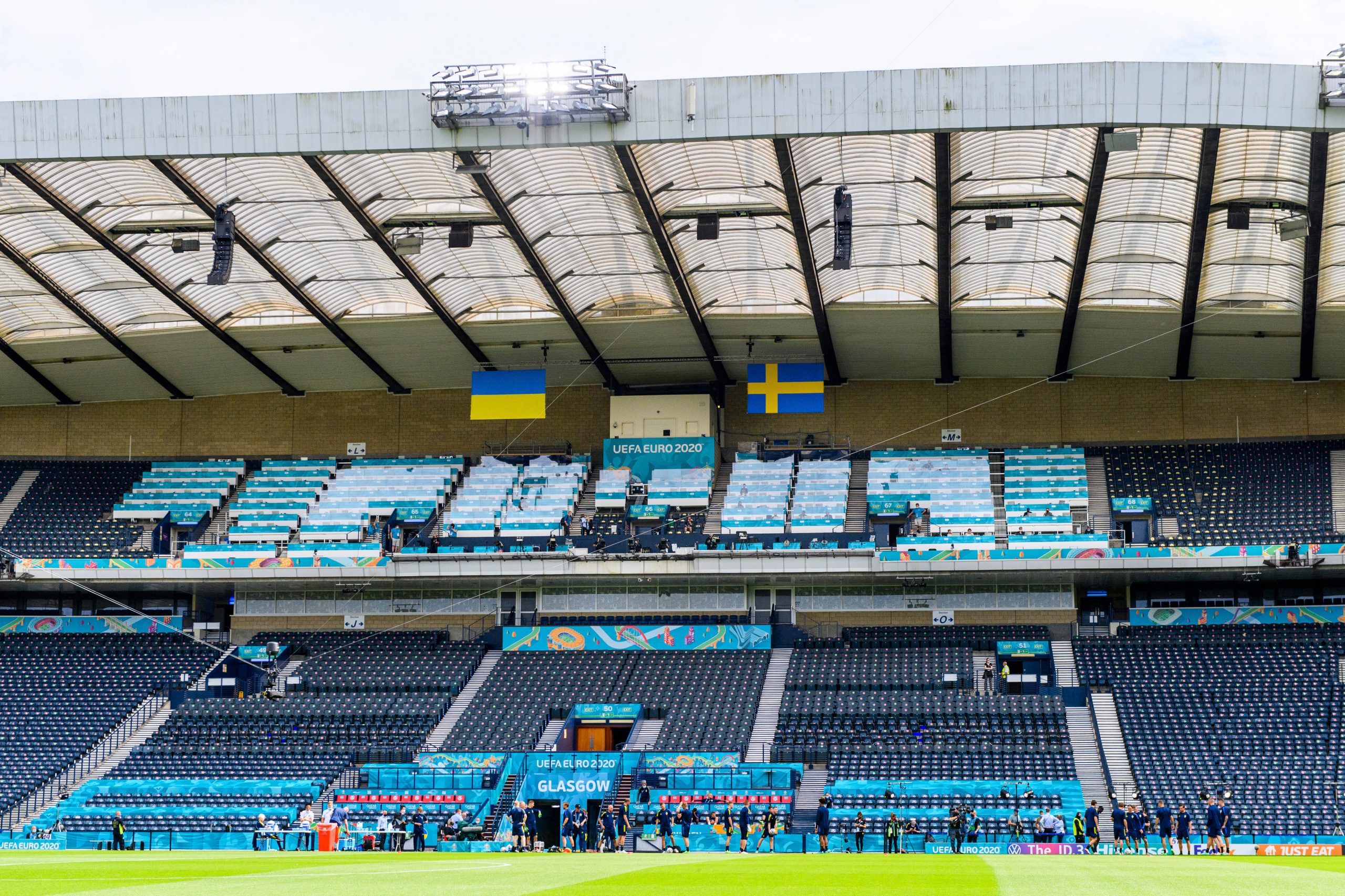 Hampden Park ahead of Sweden vs Ukraine Copyright: LUDVIGxTHUNMAN BB210628LT018

The EURO 2020 group stages have ended. Sweden will face Ukraine in the competition’s Round of 16. The match will be held in Glasgow on Tuesday, 29 June and according to bookmakers like 1xbet Sweden are slight favorites to win the game.

First, Sweden. Prior to the 2020 European Championships, the Swedes struggled to find their form. During the 2020/21 UEFA Nations League, Sweden were placed in League A’s Group 3 with France, Portugal, and Croatia. The Swedes won only one of their matches, and they lost the remaining five. Their poor performances against these difficult opponents meant that they would be relegated to the competition’s League B.

Following this difficult challenge to 2020, Sweden then bounced back at the start of 2021. The Swedes won their 2022 FIFA World Cup qualification matches against Georgia and Kosovo. The Blågult then won their friendly games against Estonia and Armenia, as well as fellow EURO 2020 competitor Finland. Sweden’s performances against the lower opposition helped them regain their confidence, and this inspired them to a strong start at EURO 2020.

The Blågult put in a series of good performances in the group stages. Having been placed with Spain, Slovakia, and Poland, few expected the Swedes to win their group. Nonetheless, they defied the odds. Sweden drew their opening match against Spain by putting on a heroic defensive display. The Blågult then defeated Slovakia and Poland to win the group. The results mean that Sweden will now move onto the competition’s knockout stages, and they have the potential to make a deep run in this tournament.

Ukraine, on the other hand, have been extremely inconsistent. Prior to the 2020 European Championships, Ukraine struggled during the 2020/21 Nations League. The Zbirna were placed with Spain, Germany, and Switzerland. While they managed to win two of their matches, the might of Spain and Germany was too much for Ukraine. Ukraine’s squad was also plagued with coronavirus illnesses during the September, October, and November international breaks. Due to the seriousness of the pandemic, Ukraine’s final group match against Switzerland was canceled, and Ukraine were relegated to the competition’s League B on a technicality.

The start of 2021 brought more inconsistency. Having earned an impressive draw against France in their opening 2022 FIFA World Cup qualifier, the Zbirna then dropped points at home against Finland and Kazakhstan. Ukraine’s weaker squad then failed to beat Bahrain in an international friendly. The Zbirna were also far from convincing in their warm-up games against Northern Ireland and Cyprus. (Ukraine were up a man for the majority of the match against the Cypriots.)

Based on these displays, Ukraine are very fortunate to have moved on to EURO 2020’s knockout stages. Despite flashes of brilliance in the matches against the Netherlands and North Macedonia, the Ukrainians showed that they could not calm their defensive nerves. This was most apparent in the game against Austria, where the Ukrainians needed to avoid a defeat to directly progress to the competition’s knockout stages. Results from other matches, as well as goals from Andriy Yarmolenko and Roman Yaremchuk, however, saw them advance as one of the best third-placed teams. Others would not have been as fortunate.

Given these recent results, the Swedes seem better prepared for this Round of 16 tie. Anything can happen in the knockout stages of a tournament, however, and this could be an entertaining match. Who will advance to EURO 2020’s Quarter-finals? Will Sweden continue their run at EURO 2020? Or will Ukraine’s lifeline present them with a new opportunity in this competition?

Sweden vs Ukraine – Players to Watch:

Emil Forsberg was Sweden’s star during the group stages. The Swede scored three goals in the matches against Slovakia and Poland, and his contributions helped propel Sweden to the top of the group.  He is finding his form at the right time, and he will look to add to his goal tally as he tries to help Sweden advance to the competition’s quarter-finals.

According to Squawka Football, Oleksandr Zinchenko made more tackles than any other player during the EURO 2020 group stages. The young midfielder will need to continue these performances as Ukraine prepare for the Round of 16. He cannot afford to be complacent against a difficult Swedish side. Otherwise, Ukraine will surely be eliminated from the competition.