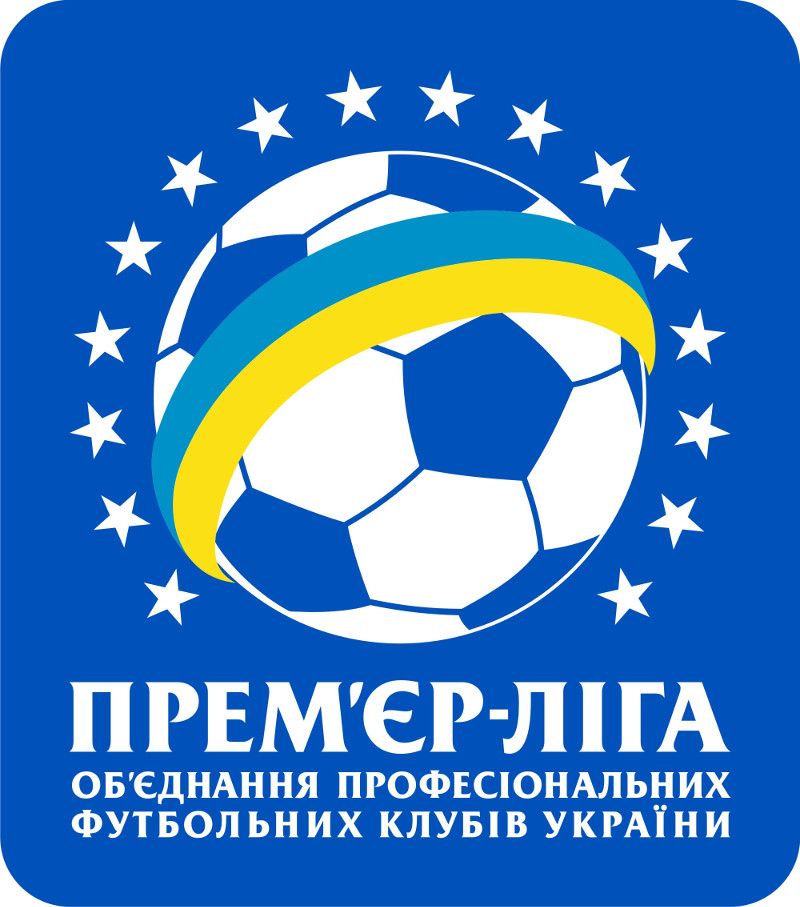 The Uncertain Future of the Ukrainian Premier League

The announcement that the Ukrainian Premier League would return on March 15 was regarded by many as a return to normality in a country that has been shaken by the deadly violence of Maidan, the disposal of President Yanukovich and finally the possible secession of the Crimean Peninsula. The truth, however, is that football, more so than in any other European nation, is deeply interconnected with the politics and economics of the country’s elite.

Football has often been used as a prism to explain Ukrainian politics, a framework which delineates the boundaries of different economic clans that control the country’s politics. The economic coteries of Dnipropetrovsk, Kharkiv, the Donbas, and Kiev, control the football league and all major clubs. Ukrainian football has often been abused by those in power and used as a battleground to fight over economic influence in certain parts of the country. Now with the uncertainty and the power vacuum left behind by Yanukovich and his clique, Ukrainian football also faces a daunting uncertainty. 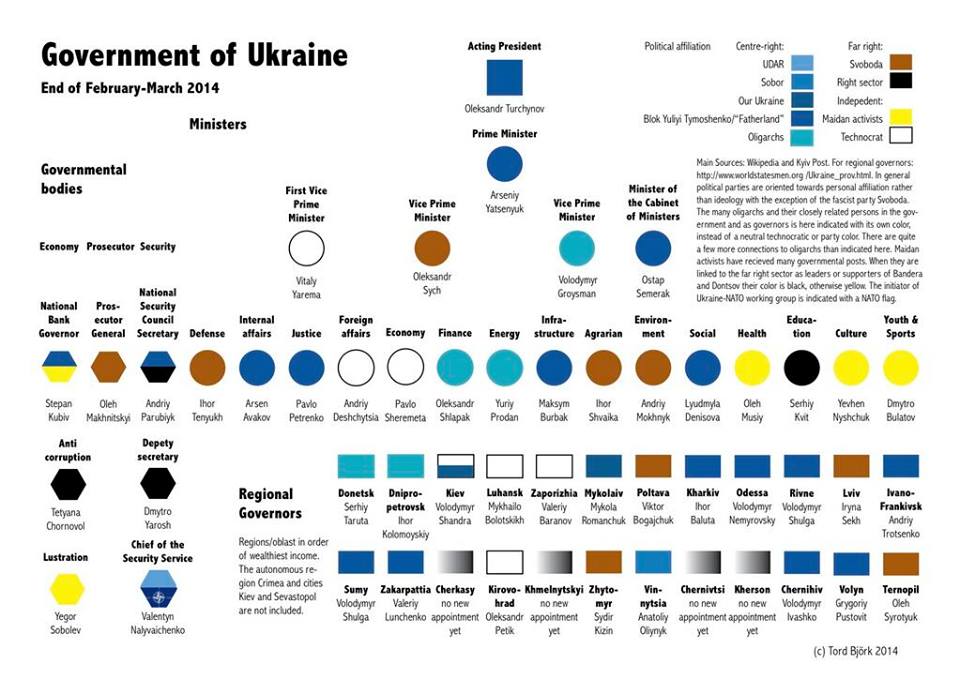 How Will Foreign Players React to the Revolution?

In the last two decades, Ukrainian football has developed a reputation as a platform for fledgling talents to make their first impressions on European football. Clubs like Shakhtar Donetsk have made this the root of their very philosophy, as they continue to bring in some of the most promising players from South America, showcasing their talents in the Champions League and/or the Europa League, before selling to the West for a sizable profit.

The list of now established players in western leagues to have been signed from the Donetsk club highlights this principle. Players like Henrikh Mkhitaryan (transferred to Dortmund), Willian (via Anzhi Makhachkala to Chelsea), and Fernandinho (to Manchester City), were last season’s high-profile departures, bringing in almost €100m between them. 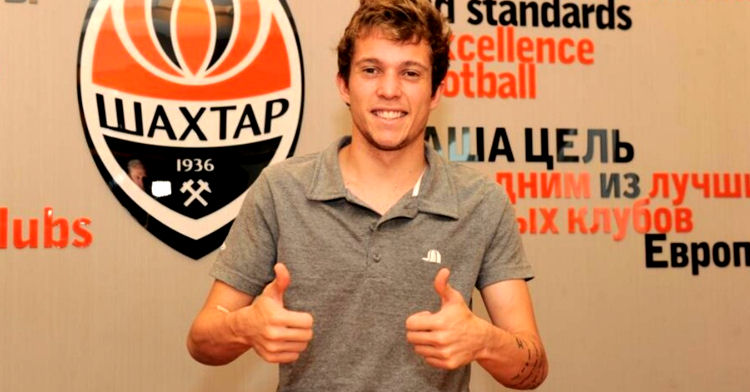 Bernard’s enthusiasm for life at Shakhtar has since waned

Seeing the fruits of this business plan, Shakhtar have re-invested to bring in new players like the highly-talented Brazilian Bernard who cost the club €25m. However, even though the Brazilian players live in a golden cage in Donetsk the events on Maidan and the uncertainty over the status of Crimea has not gone unnoticed by Shakhtar’s foreign football contingent.

Indeed, Bernard expressed his reluctance to return to Ukraine following a get-together with the Brazilian national team in South Africa. He was quoted as saying: “It’s complicated, the situation is tense there. So far the violence was far away, but protesters have arrived in Donetsk. We have already taken the necessary steps. We left our names in the Brazilian Consulate and we already have passage (undated) to leave the country.” Numerous clubs in the West have already shown interest in the player, and with this growing uncertainty, Bernard’s anxiety about living in Ukraine may lead to Shakhtar selling the player quicker and cheaper than their business model would normally permit.

The potential for a foreign players’ exodus from Ukrainian football on the whole is very real, with similar apprehension demonstrated at Chernomorets Odessa. As Transfermarkt.de reported, the Austrian Markus Berger, the Brazilian Anderson Santana, the Ivorian Frank Dja Djedje, the Spaniard Sito Riera and the Argentinian Pablo Fontanello, have all already had their contracts nullified due to Ukraine’s current volatile political atmosphere. Berger later justified his reasons to Austria’s Kleine Zeitung: “the situation for me and my family was unbearable. The situation in Ukraine currently is extremely tense, which is hard to understand for an outsider.”


Metalist Kharkiv – A Victim of the Revolution

Football players, however, are not the only ones who are on the run. The owner of Metalist Kharkiv, one of Ukraine’s biggest clubs, Serhiy Kurchenko, was included on the list of Ukrainians who recently had their assets frozen by the European Union. The 28-year-old made headlines when he staged an enemy takeover of the club and bought out one of Ukraine’s richest men Oleksandr Yaroslavsky in December 2012.

The takeover came as a surprise to many who follow Ukrainian football, with Yaroslavsky himself having stated that he was made an offer he could not refuse. Reports have since emerged that Yaroslavsky was, at that particular time, at odds with Kharkiv’s authorities over property rights concerning the Metalist stadium. Many specialists of Ukrainian football and politics suspected that Yaroslavsky had a fall out with Ukraine’s political elite, and that the fight over property rights was a way of putting personal pressure on Yaroslavsky to remove him from the public sphere. 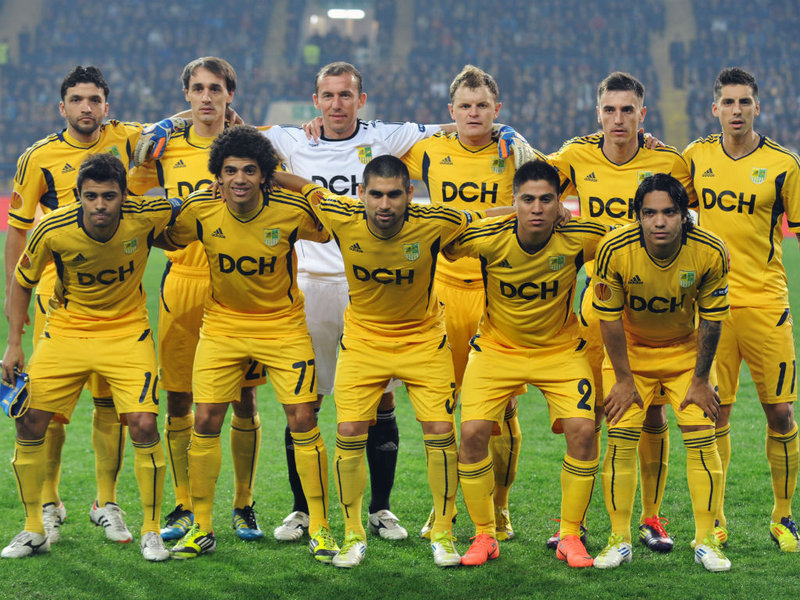 Are Metalist Kharkiv the next Ukrainian club to corrode into extinction?

The recent developments suggest that the club was in reality a front for laundering money for the Yanukovich regime. Kurchenko, like Yanukovich, has been on the run from the Ukrainian authorities, and as German sports magazine 11Freunde reported, he has left the country for safer waters in neighbouring Belarus, leaving Metalist with massive debts and unable to pay players and the coaching staff. Now that the Maidan revolution has ended, Metalist face an uncertain future that could even lead to the club facing liquidation.


Metalist’s bankruptcy would be the second such case this season following the liquidation of Arsenal Kiev (See Futbolgrad’s ‘Arsenal Kyiv Rest in Peace‘). This, together with the potential of Tavriya Simferopol and FK Sevastopol leaving the Ukrainian Premier League to play in Russia, might lead to a further disintegration of a competition that was once considered a respected league in Europe. Such depreciation in the league’s standing would almost certainly accelerate an already steady drain of talent from Ukrainian football. German magazine Kicker even reported on March 13 in their print version that Mircea Lucescu, the long-serving coach of Shakhtar Donetsk was considering quitting his management position in order to return to his native Romania.

The Football Club Owning the Oligarch

Perhaps Metalist’s former owner will rescue the club as Oleksandr Yaroslavsky is poised to make a comeback on the political scene. As the New York Times reported, the interim government in Kyiv has offered Yaroslavsky the position of governor of the Kharkiv region. Yaroslavsky, however, is not the only oligarch who has been offered such a position by the new provisional government. 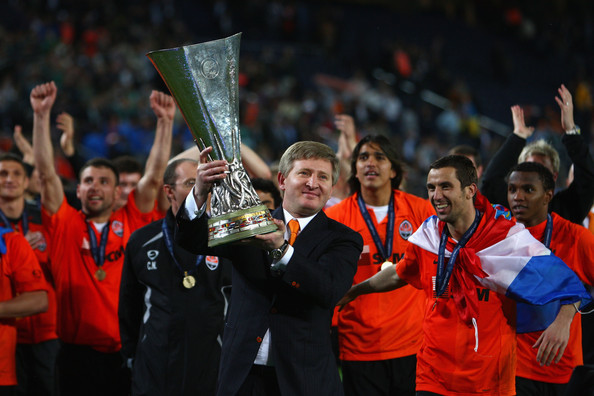 Ihor Kolomoysky, owner of Dnipro Dnipropetrovsk and recently in the news in the United Kingdom for refusing to sell highly-flaunted midfielder Yevhen Konoplyanka to Liverpool, has accepted the governorship of the Dnipropetrovsk oblast. Kolomoysky was under intense economic pressure by the former Yanukovich administration, which saw him as a supporter of the Tymoshenko-clan, a perception that he himself has denied. Now, however, with the new administration in place he is about to return to the centre of Ukrainian politics.

The provisional administration has also approached Shakhtar Donetsk owner Rinat Akhmetov with an invitation to take over as governor of the highly volatile Donbas region. The Donbas, like Dnipropetrovsk, Kharkiv, and Crimea, is at the heart of Ukraine’s pro-Russian sentiments. Akhmetov refused to take the political position, but hedged his bets by releasing a statement supporting Ukraine’s territorial integrity. The oligarchs have a strong interest in their territories remaining part of Ukraine, as their political influence may evaporate should these provinces secede and join Russia.

This could also explain why the owners are so keen on the return of the Ukrainian Premier League, with fixtures starting as early as March 15, with the particularly attractive fixtures on the 16th, the same day as Crimea’s referendum.


If Life Imitates Art – Then Football in Ukraine Imitates Politics

In Ukraine, football has often been used as a prism to explain the political dynamics of the country, and if the power elite hoped that the return of football would create an image of stability they might have miscalculated. Ukrainian football very much reflects the instability of the country. With the big name players potentially leaving and with one of its most storied clubs on the verge of bankruptcy, the league is in very real danger of drifting into backwater status. The potential of the two Crimea teams leaving to play football in Russia only adds to the predicament and is very symbolic of the problems Ukraine is currently facing. If in the past the political elite was able to use the competitiveness of the league to paint a picture of a much more modern and even potentially European country, today after Euromaidan, the league instead mirrors a precarious political reality.