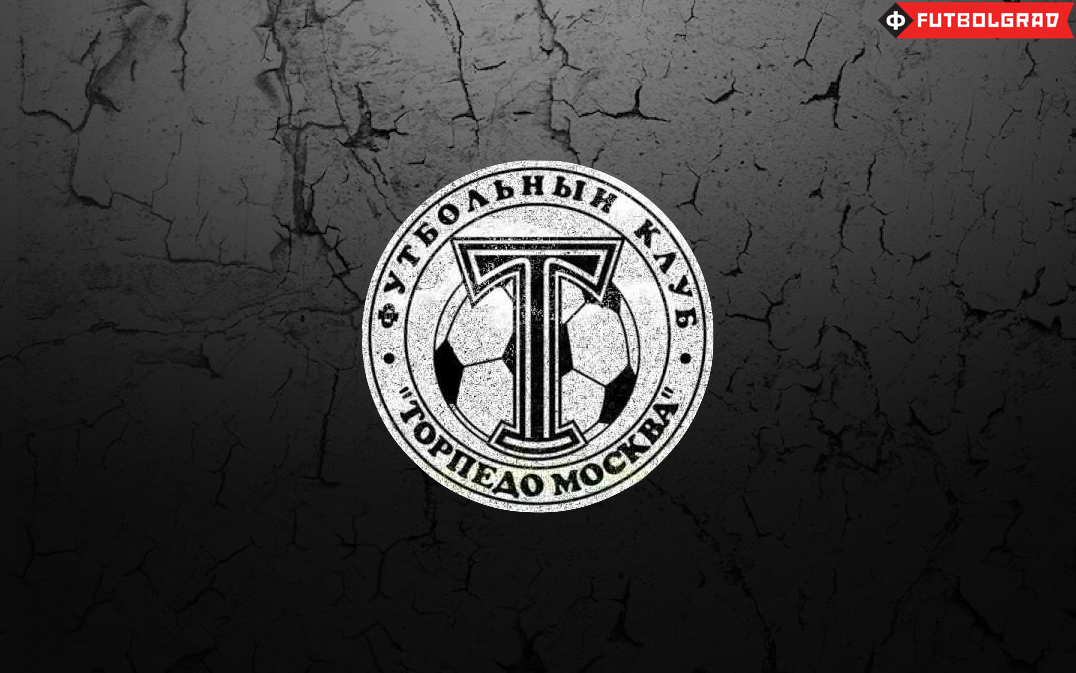 Torpedo Moscow – Between Extinction and Hope

Before last season, Torpedo Moscow fans must have thought that nothing could faze them anymore. After all Torpedo, which in the time of the Soviet Union was owned by the car manufacturer ZIL, had survived several bankruptcies and resurrections.

In 1997, the original club was sold by ZIL—which, at the time, was experiencing financial difficulties—to the former Torpedo player and owner of the Luzhniki Group, Vladimir Aleshin, who relocated the club to the Luzhniki Stadium. Shortly afterwards, ZIL was bailed out by the government, and as a result was able to register a new team under the name Torpedo-ZIL, which played in the Eduard Streltsov Stadium. 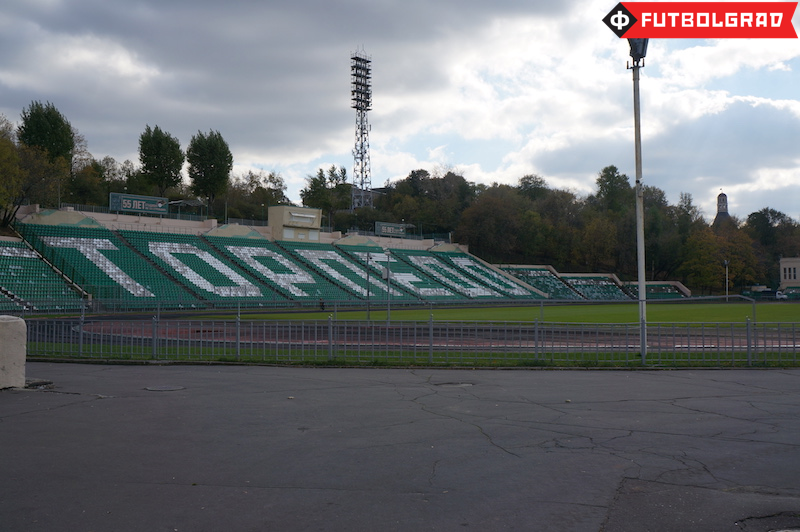 In 2001 Torpedo-ZIL reached the Russian Premier League, which meant that both the original Torpedo, as well as its later incarnation were now playing in the same division. By 2003, however, ZIL once again encountered financial difficulties and sold Torpedo-ZIL to MMC Norilsk Nigel, which renamed the club Torpedo-Metallurg in 2003. Then in 2004 the ownership of Torpedo-Metallurg was passed on to the city of Moscow, (MMC Norilsk Nigel remained as a sponsor), and was renamed FC Moscow.

Meanwhile, the original Torpedo Moscow football club struggled to gain a profile in the Russian Premier League, as many fans decided not to travel across town to the Luzhniki Stadium, and instead supported the reincarnated version of the club that played at the Eduard Streltsov Stadium. Then in 2006 Torpedo was relegated to the second division, and after a further relegation in 2008 the Luzhniki Group sold Torpedo back to ZIL. Torpedo was then rebuilt from scratch in the Russian Amateur Football League (fourth division) under the leadership of former Torpedo player Aleksandr Tukmanov. 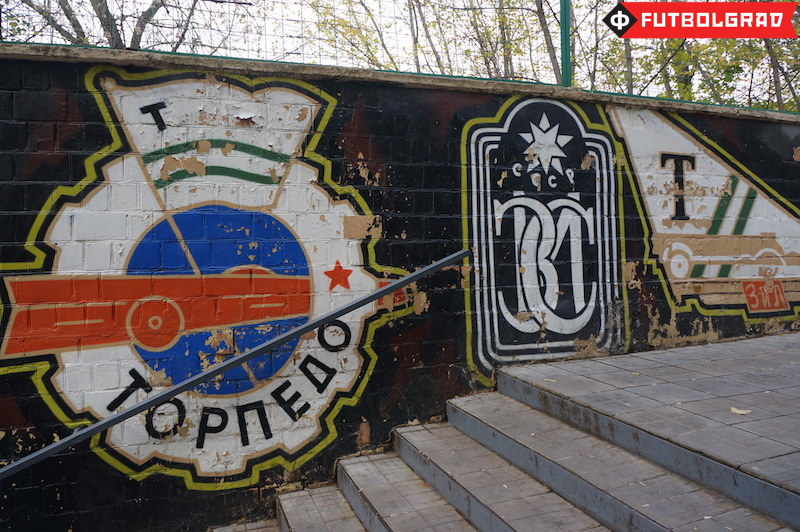 For many fans the club was now back where it belonged. Yet, Torpedo also faced the difficult challenge of survival in the First Division. Furthermore, Torpedo fans were at the centre of various incidents of racism.

At the time, in March, President Aleksandr Tukmanov told R-Sport that Torpedo fans are “probably the most aggressive” of any Russian Premier League team. The club seems to be helpless when it comes to curbing the recurring problems of racism and violence from Torpedo supporters and has paid a high price for its inaction. Initially, Torpedo was four spots above the relegation zone, but due to the punishments received from the Russian Football Union, the club was forced to play its remaining games behind closed doors, and was relegated at the end of the season.

Yet, this was not the final scene of Torpedo Moscow’s drama; information later surfaced that the club’s spectacular rise to the Russian Premier League had been financed by loans, and that the club had accumulated debts totalling approximately 230 million rubles (£2.7 million). It was consequently impossible for the club to participate in Football National League, and instead Torpedo joined the Russian Professional Football League—where they are playing in the centre division. 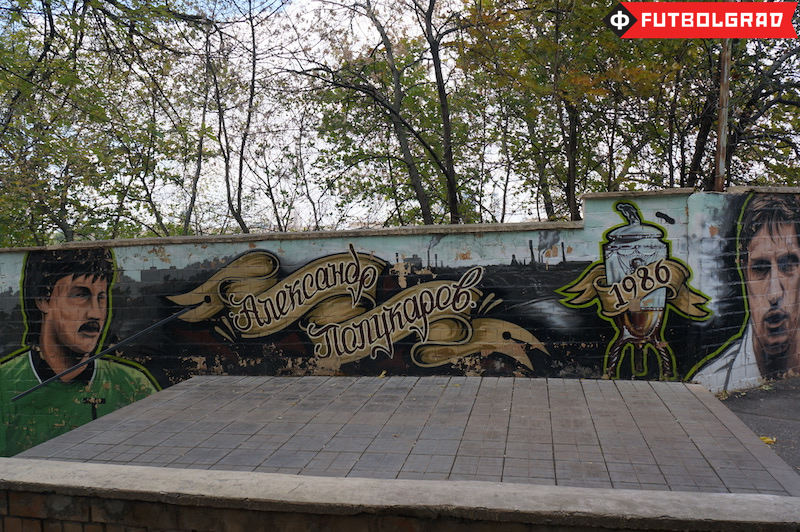 The murals tell of the long history of the club. That history is now in danger – Image via Manuel Veth

And their financial troubles remain. As championat.com reported on December 1, Torpedo still owes 230 to 240 million roubles to players, contractors, and the tax authorities. This has led to speculation that Torpedo could even withdraw from the third division, which would mean the end of the storied football club. Tukmanov, however, is adamant that Torpedo can survive their current crisis.

It is a miracle that he is hanging on to the club at all. Yet, there are signs that Tukmanov and Torpedo may survive the current crisis after all, as the club is also an important corner stone of redeveloping the area of the former ZIL auto plant along the Simonovskaya waterfront.

On October 29, Moscow’s mayor Sergei Sobyanin announced, at a meeting of the city government, that the city had approved the redevelopment of the territory which is located on the bend along the Moskva River. Sobyanin stated that “the ZIL auto plant is 378 hectares, and the redevelopment will create a new city district with a population of about 30,000 people, and 45,000 new jobs.”

Futbolgrad explored the territory of the Eduard Streltsov Stadium in October, and were able to see the visitor centre set up by the architecture company that is currently planning the redevelopment of the area. The centrepiece of the plan is a brand new stadium, which is scheduled to be finished between 2020-22. The stadium is to be built to the highest UEFA standards in order to accommodate matches of the Russian Football Premier League, Europa League, and Champions League. 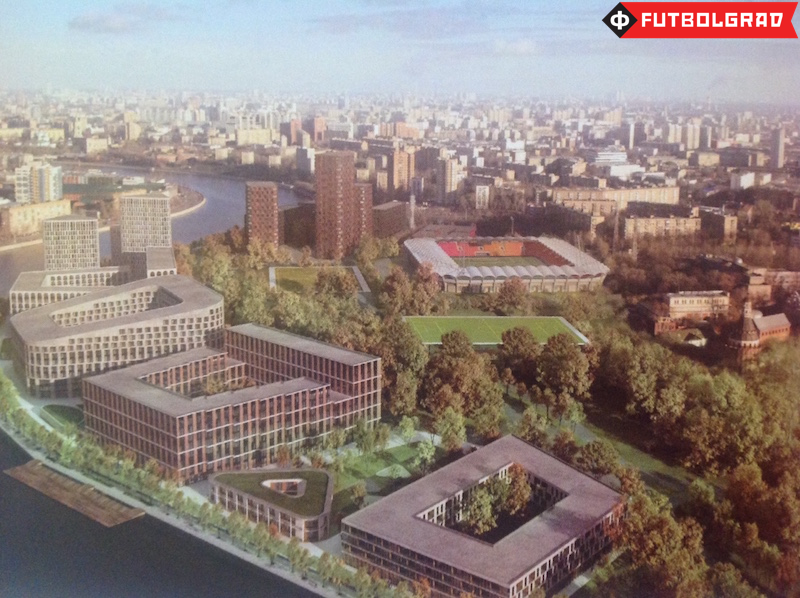 There seemed to be uncertainty, however, on whether Torpedo Moscow would be the tenant of this facility, as their current financial situation makes their return to professional football unlikely in the near future. After this was pointed out to the planners, who were clearly not football fans, they suggested that either Saturn Moscow, currently in the third division, or FC Moscow, which was dissolved in 2010, or a newly created club could also play at the facility—they would of course prefer that Torpedo to play in the new stadium.

Upon investigating the stadium and the surrounding area, Futbolgrad is told by a guard on duty, not to photograph the stadium itself without permission from the club. Accordingly, I visited the tiny front office of the club, which is housed in a temporary construction container, where I was told that I was not allowed to take pictures of the stadium, as there were legal issues concerning the renovation of the area. I only received shrugs when I asked for more information.

A source later tells Futbolgrad that Tukmanov has indeed a large interest in the redevelopment project of the former ZIL auto plant, but that Tukmanov’s legal authority for redeveloping the land owned by Torpedo Moscow is shaky at best. As Saul Pope pointed out on June 24, nobody really knows who owns the club.

Destination in Doubt – Who Owns Torpedo?

Tukmanov, claims that the main shareholders are what remains of the ZIL factory that formed the club and the property department of the Moscow government. The fans, however, have their doubts. “Amongst the club shareholders is one of Tukmanov’s friends, Tatevos Surinov,” explains Oleg. “He’s the only live shareholder sometimes seen at matches. This simply strengthens the feeling that the link to the city is just a screen.” Another source explains to Futbolgrad that Tukmanov actually runs the club illegally, and that ZIL has been bankrupt for quite some time.

Upon investigating who is behind the redevelopment of the area, Futbolgrad made an interesting discovery. The company behind the developing project is the Public Joint Stock Company OPIN, which was founded in 2002, and is currently developing 400,000 square meters of apartment projects in Moscow. OPIN is also part of the ONEXIM Group, which is owned by the Russian oligarch Mikhail Prokhorov, whose investment in sport includes the Brooklyn Nets. 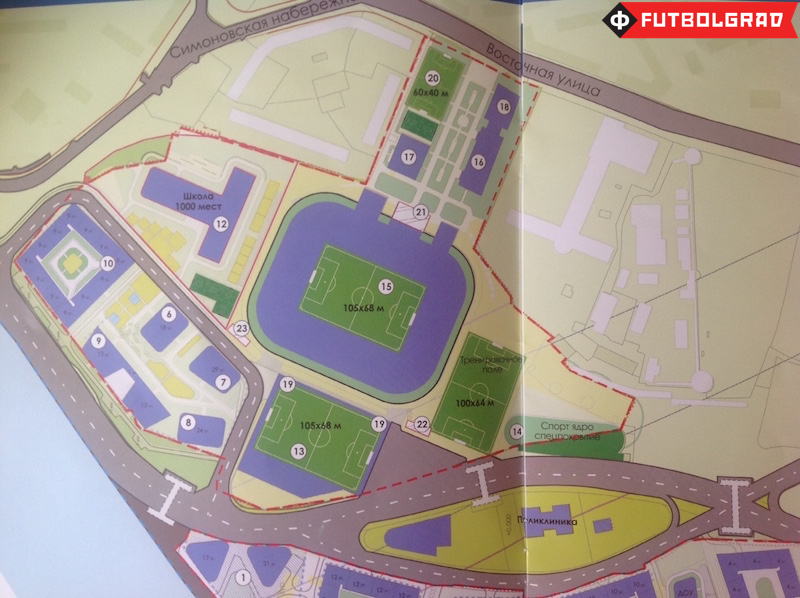 OPIN’s construction plan of the stadium, and the surrounding sport facilities – Image via Manuel Veth

Currently the developers of the Simonovskaya project promise that the football stadium and the surrounding sport facilities of the Torpedo Sport Society will be an important cornerstone of the redevelopment of the area. Yet the comments by the developing team of the Simonovskaya waterfront project suggest that Torpedo’s current survival is not essential, as the developers would be more than happy to place a new club in the new stadium.

But perhaps they are just waiting for Torpedo’s bankruptcy, as this would result in Tukmanov losing the rights to the club’s trade marks, most notably the club badge and the iconic capital ‘T’ which appears on players’ shirts. These trademarks are a significant brand within Russian football; whoever owns them has control of the original brand of the club. If Tukmanov loses control of these, then Torpedo will have forever fallen from his grasp, a development that might actually open the doors to a brighter future for the club.