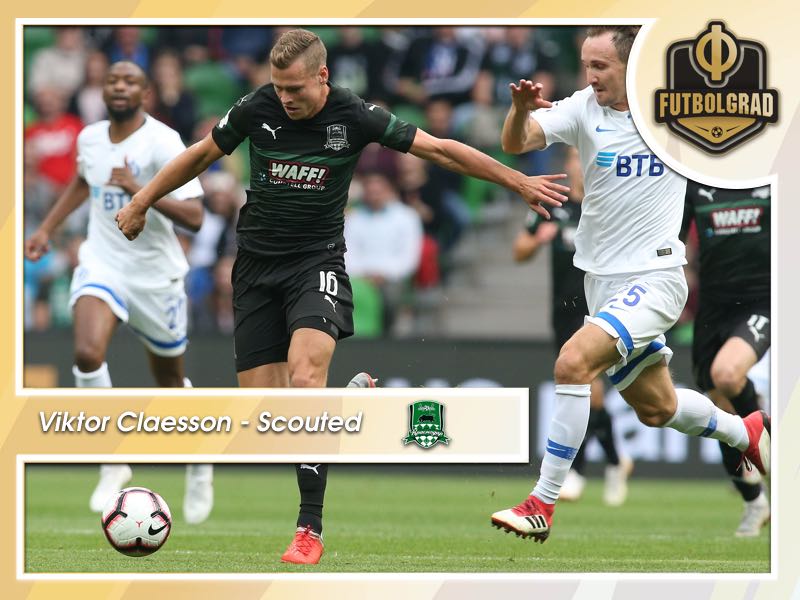 When Sweden face Russia for the top spot in the UEFA Nations League B Group 2 Viktor Claesson will likely play a major role. The attacking midfielder helped his country to a 1-0 victory against Turkey on Saturday to set up the final for first place in the group.

For Viktor Claesson, however, it will also be a match between his native country of Sweden and his country of choice Russia. Signed by Krasnodar in January 2017 for €2 million Claesson, in fact, has developed into one of the most exciting prospects of the Russian Premier Liga.

The 26-year-old attacking midfielder is a typical game changer and upon completing the game against Russia on Tuesday will face another complicated task as Krasnodar could blow the RPL title race wide open as the Byki face Arsenal Tula on Sunday. League leaders Zenit, in the meantime, will be in Rostov and although they are five points ahead of Krasnodar fitness concerns of star striker Artem Dzyuba could mean that that gap could shrink to just two points in the table.

Krasnodar, in fact, has emerged as the most likely candidate to challenge Zenit for the title this season and that is mostly due to Viktor Claesson, and Brazilian-born turned Russian national team striker Ari, who made his debut for the Sbornaya on Thursday against Germany.

In fact, Krasnodar head coach Murad Musaev has used the Swedish national team player in a number of roles this year. Against Enisey, which was the last club game before the international break, Viktor Claesson played on the right wing of a 4-1-4-1 formation that looked at times like a 4-3-3.

Playing in that formation Viktor Claesson is on paper deployed as a winger. But Krasnodar like to dominate their opponents, and with an average possession of 59.6%, the Byki have the most possession in the league. That domination also is evident regarding average shots taken per game and average pass completion per game here Krasnodar also lead the league with 16.9 shots per game and 82.3% pass completion.

Krasnodar, in fact, almost play like the Dutch of old. Head coach Musaev wants his team to have the ball and also likes it when his forwards look for a quick finish, which in turn means that Krasnodar’s 25 goals after matchday 14 make them the most dangerous side in the league. 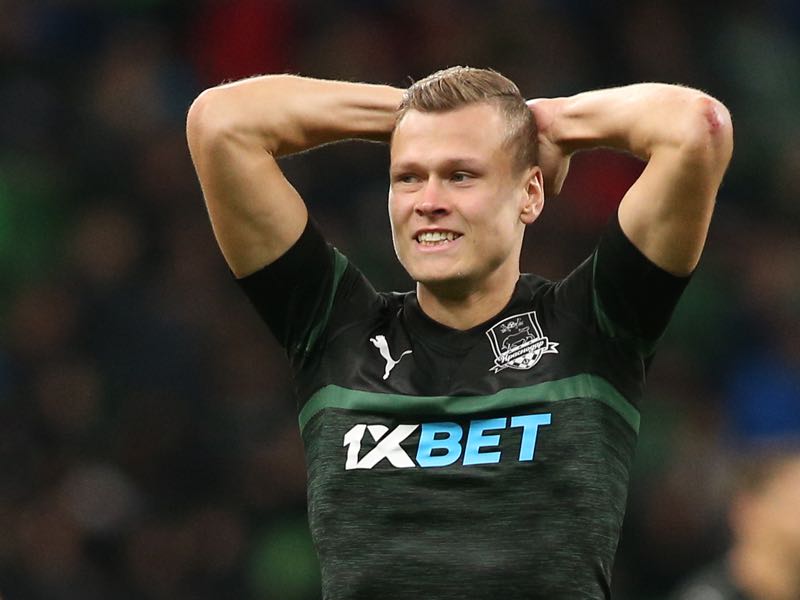 It is also somewhat contrary to how most clubs play in Russia. Most teams in the RPL play 3-5-2 and like to quickly overwhelm their opponents. Krasnodar does this too to a certain extent, but the emphasis is on possession and domination, which also impacts the way the wingers operate in Musaev’s system.

For Viktor Claesson, this means he is almost like an inverted winger. A playmaker that plays out wide but can drift to the centre to create room for the other two attacking players – against Enisey those were Ari and Wanderson, who would push further up front. It also means that Claesson as a winger/playmaker has plenty of options to either go for goal himself or assist one of the other two attacking players.

It is a system that has allowed for an uncanny relationship between Ari and Claesson up until this point of the season as the two attacking players have contributed 48% of Krasnodar’s goals thus far. It is, in fact, a partnership that has not been seen in Krasnodar since the days of Pavel Mamaev and Fedor Smolov.

The Swedish national team player is third behind Ari (3) and Wanderson (2.8) regarding shots per game with 2.1. But what sets him apart is that he almost never goes into a dribbling. With just 0.1 dribblings per game, he ranks last among Krasnodar players, which further highlights that Claesson is not a winger in the conventional sense. Instead, Claesson is a more of a passer looking for the outlet play rather than trying to take on players in one-v-one situations, and it is not surprising that he is second among Krasnodar players behind Ari in terms of key passes played per game (1.6).

It is perhaps one area Claesson needs to work on. With an average pass completion of 78.2%, Claesson is a good passer, but the number also shows that he plays many risky balls and could instead of looking to make a final pass go into a dribbling himself. Nonetheless, the Swede has developed into a key player and perfectly fits the ethos of Krasnodar’s development system.

Owned by the Russian oligarch Sergey Galitsky Krasnodar are considered a model club in Russia. Galitsky’s vision is to create a club that can be self-sustainable by producing young talented players and at the same time find players that can be bought on the cheap and then sold with a profit.

Viktor Claesson fits the bill for the later. Since joining Krasnodar, the Swede has increased his transfer value from €2 million to €10 million according to the transfer gurus over on transfermarkt.de. The 26-year-old attacking midfielder is, therefore, a candidate to generate the next financial windfall for Krasnodar as the club continues to grow naturally.

Until then, however, Claesson will remain to be a weapon for his club and perhaps for his national team as well as Sweden face Russia in a must-win game on Tuesday.