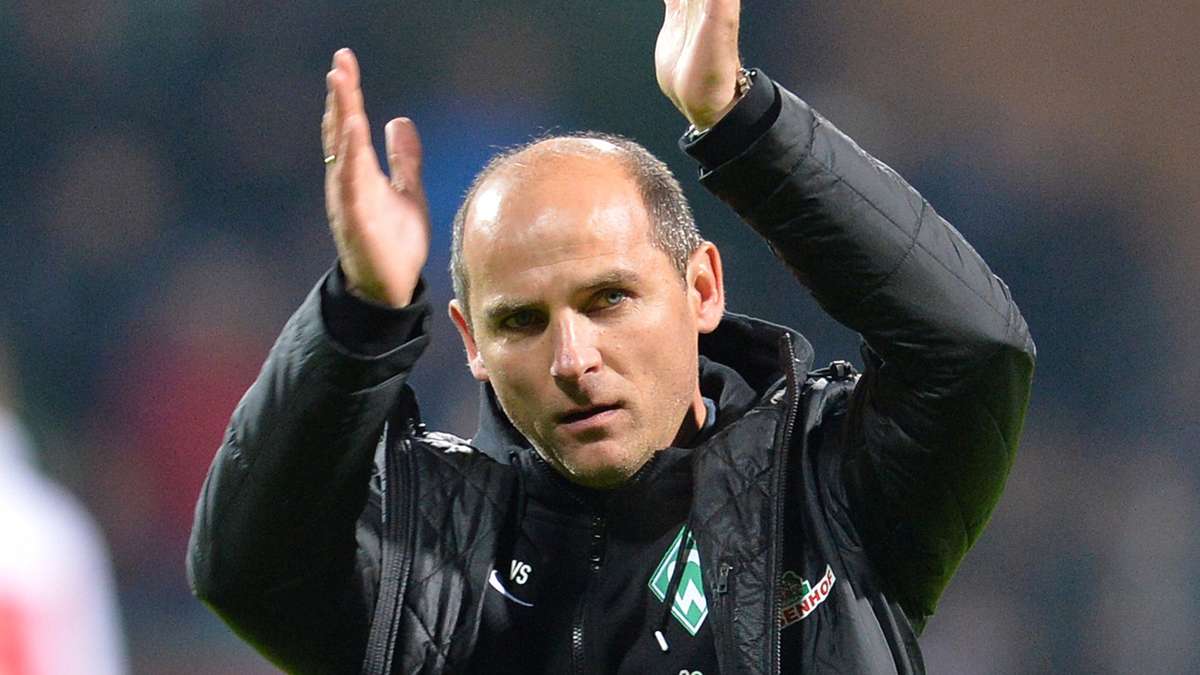 Viktor Skripnik is the man behind Werder Bremen’s revival during the second half of this year’s Bundesliga campaign. Little is left of the club that was ranked last in the table at the end of October, a scenario that led to the dismissal of former coach Robin Dutt.

Werder withstood the reflex to hire a seasoned veteran coach; a move so commonly observed in most European leagues and instead promoted Skripnik, who had formerly coached at the Werder’s youth academy. Skripnik, who is the first Ukrainian coach in the Bundesliga, was part of the 2004 Werder squad that won the double (both the league and the DFB-Pokal). 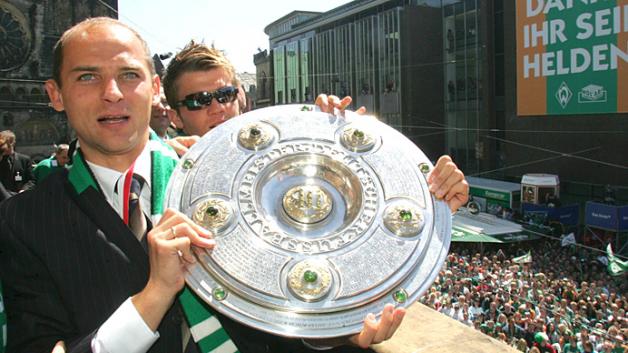 Since his ascent to the helm of the club, Skripnik has drawn many comparisons to former Werder Bremen coach Thomas Schaaf, who coached Bremen from 1999 to 2013. Indeed Skripnik’s demeanour and looks make it easy to draw a parallel between the current coach, and Schaaf.

For Skripnik, the nomination to head coach of one of Germany’s most storied clubs is an achievement in a football career that was mostly dominated by understatements. Born in the small and non-descript Ukrainian town of Novomoskovsk, which is located in the Dnipropetrovsk oblast. He was then drafted into the youth set-up of Dnipro Dnipropetrovsk, where he played 46 games in the Soviet Vysshaia Liga Reserve division before moving on to Metalurh Zaporizhya, where he played 78 games between 1989 and 1994 before returning to Dnipro.

It was during his second stint at Dnipro that he was able to achieve his breakthrough in professional football. In two seasons he scored 7 goals, and managed 64 appearances, but it was his work-rate on the pitch that duly stood out. This was enough to convince Werder Bremen to sign the midfielder in 1996. 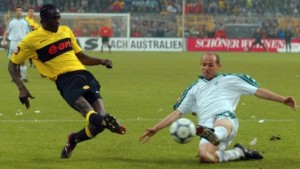 At Werder he managed the questionable honour of receiving the nickname “Ukrainian Beckham”. The name goes back to two Bild reporters who wanted to bring a bit of colour into Werder’s bland image. Skripnik was neither a model nor had a movie named after him, but as the Bild reporter at the time pointed out “Skripnik was always cool, and could really cross the ball, at least during practice.” Skripnik, however, had his best games when Werder managed to fight out a tight defensive battle, which was when he was least recognizable on the pitch.

Skripnik: A Ukrainian Revival of a Bundesliga Giant

In recent years, however, it has often been players like Skripnik that seem to be most successful at making the transition off the pitch and onto the bench as successful head coaches. In Germany it has even become a trend that coaches are now specialists, and examples such as Thomas Tuchel, and Jürgen Klopp suggest that coaching has now become a career path very much independent from a playing career.

Skripnik is a good example of this as well as he worked his way up from junior coach within the Werder Bremen youth academy, with stints as coach at the U-15, U-16, and U-18, and U-23, all the way up to the senior level.Working his way up, Skripnik has become a career coach. To the German sport portal Sport 1, Skripnik has said that he sees himself as a combination of Schaaf and Felix Magath. “I have a bit of both of them, I am strict, factual, but also try to implement human elements when dealing with players.”

At closer observation, however, the new Werder coach most closely resembles his former national team coach Valeriy Lobanovskyi. Much like the former Dinamo Kiev coach, Skripnik is known for his almost scientific approach to match preparations.

While it was suggested that Skripnik would primarily be in charge of the match plan, and leave the emotional aspects of coaching to his former teammate and now assistant coach Thorsten Frings, Skripnik has instead taken over every aspect of Werder’s match preparations. This suggests a level of micromanagement very common at Dinamo Kiev and with the Ukrainian and Soviet national teams under Lobanovskyi.

Schaaf’s failure to re-build Werder primarily using players from its own youth academy was ultimately what led to the coach’s dismissal. Under Skripnik, however, the highly talented players Davie Selke, Levent Aycicek, Janek Sternberg, and Melvyn Lorenzen have all made significant steps forward in their development. At Dinamo Kiev, Lobanovskyi was also known for spotting the most talented players, and many prodigies built successful careers at both the club and at the international level.

On paper Skripnik has revived the old Werder tactic known as “Raute” or diamond in English. This tactic is a 4-4-2 formation with a diamond midfield. But is Skripnik’s football and coaching philosophy really comparable to that of the former Werder legend Thomas Schaaf?

Under Skripnik, Werder’s 4-4-2 diamond formation has become a 4-1-2-1 formation that looks a bit like a hybrid between a 4-3-3, and 4-4-2 formation. Skripnik’s tactical approach is therefore an evolution of Schaaf’s diamond formation, which now incorporates many elements of Lobanovskyi’s tactics. 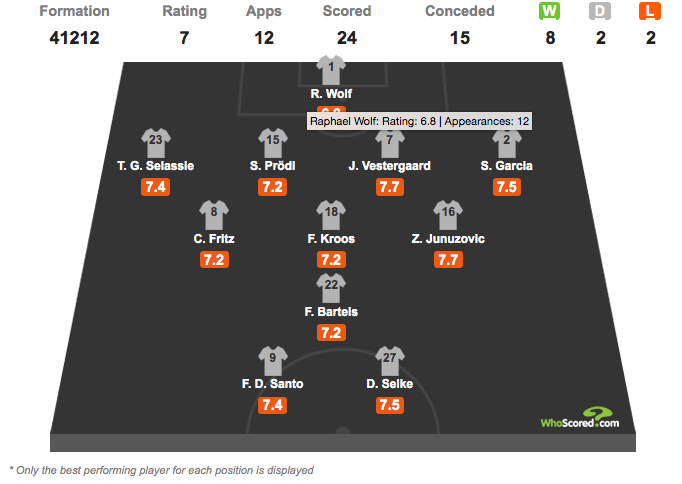 While Schaaf’s tactical approach to football was often chaotic and resulted in score-lines more fitting to ice hockey, Skripnik’s coaching approach to football is much more pragmatic or Lobanovskyiesque. The best example for this was Bremen’s result against Leverkusen on February 8, a game that Werder won 2-1.

Here Skripnik was able to withstand Roger Schmidt’s pressing style of football by creating a clean, compact, and defensive approach. Where Schaaf would have answered to this pressing with aggressive counter-pressing (or Gegenpressing in German), Skripnik used an approach that relied on a more defensive counter style and efficiency in front of the net.

This is a very calculated approach, and quite similar to Lobanovskyi’s school of thought. Especially in international matches, Dinamo Kiev under Lobanovskyi used a compact defensive approach with a deep midfield line to strengthen defence. This tactic was often coined deep-midfield pressing, and is an approach that Werder has also incorporated this season under Skripnik.

Skripnik has therefore finally been able to evolve Bremen’s playing style away from the old 4-4-2 diamond formation without sacrificing success on the playing field. Quite contrary, instead of fighting against relegation, Bremen now sits comfortably at 8th place, 3 points behind 6th place that would see qualification for next seasons Europa League. 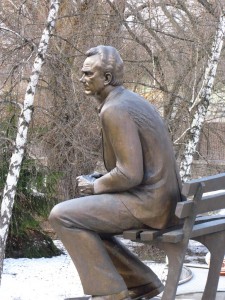 In an interview to 11Freunde, Skripnik has even highlighted some of the attributes that have stood out for him the most when he played under Lobanovskyi, who was his coach when Skripnik played for the Ukrainian national team. “Lobanovskyi was very methodical in his match-plan, furthermore he always spoke very calmly, and factually, without letting emotions interfere his work.”

In fact it was Werder legend Wolfgang Sidka, who in the German magazine Kicker drew the comparison between Lobanovskyi and Skripnik. Sidka described Werder’s coach as methodical, pragmatic, with a scientific match-plan. These words echo Skripnik’s own description of Lobanovskyi.

Skripnik is now very much part of the Bundesliga circus, and deeply imbedded in the history of Werder Bremen. But while many have drawn the parallel between Schaaf, it is Skripnik’s connection to Lobanovskyi’s legacy that will lead Werder’s path to the future.