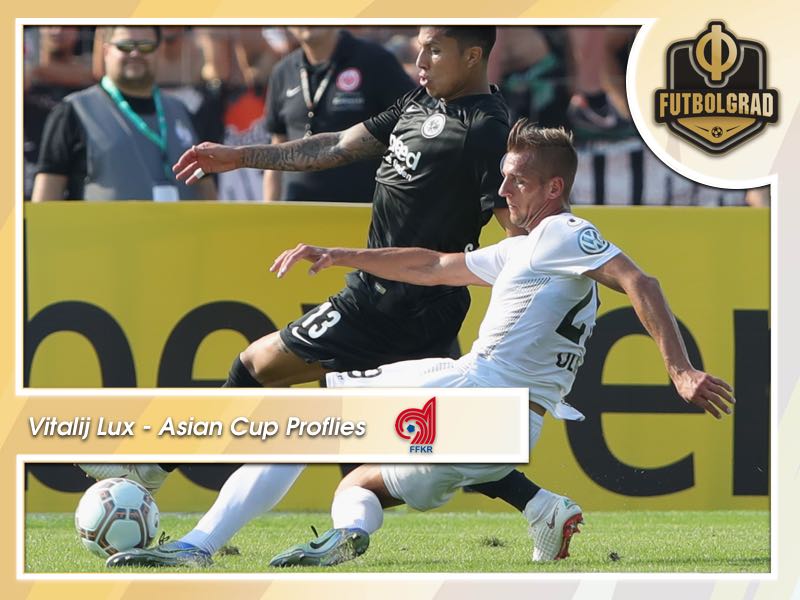 When the 2019 Asian Cup kicks off on January 5 in the United Arab Emirates, there will be a strong post-Soviet contingent at the tournament. Uzbekistan, Turkmenistan and Kyrgyzstan have all qualified for the tournament. Kyrgyzstan, in fact, will take part for the first time and among the players nominated is SSV Ulm 1846 forward Vitalij Lux.

Born in Karabalta, which is located in Northern Kyrgyzstan, in February 1989 Lux’s family was one of many ethnic Germans to leave the Soviet Union following the collapse of the gigantic empire. During the time of the Soviet Union, Karabalta was a strong-hold of the German population living in the USSR and other than Vitalij Lux is also the birth-place of Roman Neustädter‘s father, Peter Neustädter.

For Vitalij Lux his birth-place would later allow him the option to play for Kyrgyzstan. But first came a career as a prolific lower-league footballer in Germany. Playing for FV Weißenhorn in Bavaria Vitalij Lux would later join the SSV Ulm 1846 academy.

It would be at Ulm where Vitalij Lux would write German football history this summer. But before he was able to do so, he would have had to leave his youth club to play at various clubs in Germany’s lower divisions.

Vitalij Lux from Kyrgyzstan to Germany and back

His first stop was at TSG Tannenhausen in Germany’s fifth division in the 2009/10 season. Up next was a stop at FV Illertissen where between 2010 and 2014 he played 69 games and scored 31 goals in the fifth division and the Regionalliga Bayern. A brief stopover to Carl Zeiss Jena and then 1.FC Nürnberg II led to a move to SpVgg Unterhaching in 2016.

It was at Haching that Vitalij Lux would first become recognised for his ability to score important goals in big matches. But before that, a call-up to the country of his birth beckoned. Already in 2015 when Vitalij Lux was still playing for the reserve side of Der Glubb was Vitalij Lux called up to the Kyrgyz national team. 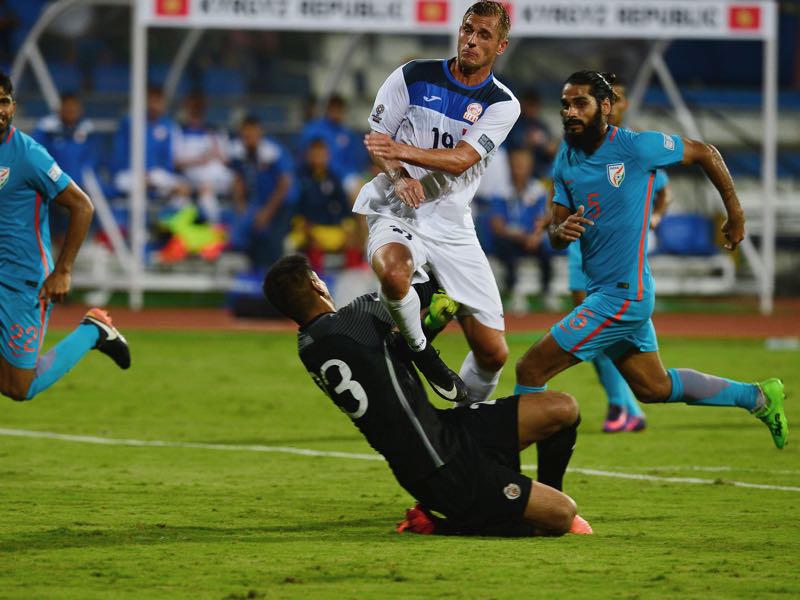 Making his debut in June 2015 against Bangladesh Vitalij Lux has now played 17 games and scored four goals for the Central Asian country. A member of the Asian Football Confederation playing for Kyrgyzstan entails far travels and games against opponents as far away as Australia and as exotic as Macau.

Playing for Kyrgyzstan, he managed to score his first goal against Bangladesh in October 2015. He has since added three more in games against the Philipines, Tajikistan and Myanmar.

Not that that makes him a big star in the Central Asian Republic. Footballers playing for Kyrgyzstan only receive a bare minimum. “We get our flights, hotels and food paid for, when we win we sometimes get a bonus. But you cannot survive from that. What counts is the experience,” Vitalij Lux told the German outlet Augsburger Allgemeine in an interview in June 2018.

Vitalij Lux – A man for the big goals

That season he also scored the 3-3 tying goal in the first round against Mainz that got Unterhaching into the penalty shootout where ultimately Mainz would win the game. Ultimately, however, he struggled once the club was promoted to Liga 3 in the summer of 2017.

Failing to get past the nominal number one forward Stephan Hain, Vitalij Lux decided to return to his youth club SSV Ulm 1846 in the summer of 2018. There he would once again become the hero when his goal eliminated Eintracht Frankfurt in the first round of the DFB Pokal.

Lux’s goal in the 75′ minute would ultimately become the winner as Frankfurt pulled one back in the 91′ minute. It was a historic goal that meant that for the first time since 1996 the DFB Pokal titleholder had been eliminated in the first round.

Unfortunately, for Vitalij Lux, it has been one of only three goals in 22 competitive games. But perhaps the Regionalliga Südwest is not big enough of a stage for the forward. After all, Vitalij Lux is the man for goals in big games, and at the 2019 Asian Cup, the forward will have his first chance to make an impact when Kyrgyzstan face China on January 7 at the Khalifa bin Zayed Stadium in Al-Ain.