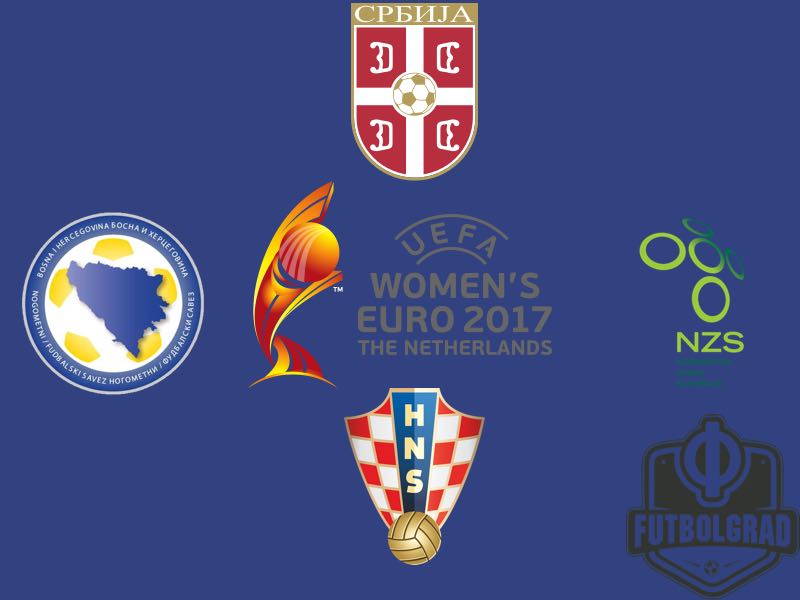 #WePlayStrong”: Women’s Football in the Balkans

What is the status of women’s football in the Balkans? Valerio Fabbri takes a look at the region and highlights that there has been significant growth of the game in the region.

As the Netherlands won the Women’s European Cup last August on home ground, it could be seen that the first fruits of UEFA’s efforts to make football the top European sport for women were ripe. Led by Barcelona’s brilliant winger Lieke Mertens, the Oranje Leeuwinnen won the first trophy against the odds battling Denmark in the final, maximising on fans’ support.

Just a few years ago, any comparison between the Dutch men’s and women’s teams would have been considered rocket science, with the men’s team losing the World Cup to Spain in yet another memorable misfit of Dutch football. Comparing the two national teams these days epitomises what a long-term investment strategy, combined with passion and a bit of luck, could reach regarding tangible results. Quite fittingly, the Dutch men’s team has been out of international competitions for a few years already.

The »Together #WePlayStrong« campaign launched in June by the European football governing body builds on grassroots movements and the game’s three most important pillars: skills, community – team spirit, and a positive approach towards the game to make football the most played game amongst women in Europe. The squads participating in the tournament were all from either Northern Europe, with three teams the only ones to have ever won the cup (Norway, Sweden and Germany), or Mediterranean Europe, where male football is predominant (Italy, Spain, Portugal and France). Five national teams (Austria, Belgium, Scotland, Spain and Switzerland) participated for the first time, but the interesting fact to note here on this website is that there was no national team from either Eastern Europe or the Balkans, with the notable exception of Russia.

This is an excellent occasion to have a closer look at the situation in some countries of the former Yugoslavia, where the situation in the Balkans is all but formidable, although some improvements are significant and the road to closing the gap with the leading European teams may be shorter than it looks at first sight.

The landscape is dominated by ŽNK Osijek, the football team from the eponymous town in the north-east that is so far on the domestic level that it has been unchallenged in claiming the title and the national cup since 2006. The place of honor usually pertains to Agram, with Split in the third position. The Croatian Football Federation (HNS) has invested in infrastructure by organising five women’s football centres in the main hubs Zagreb, Split, Osijek, Rijeka and Varaždin-Čakovec. The idea behind these centres is to increase the sport’s visibility, attract new players and organise professional workshops so that football could develop further. Results are coming, yet Croatia had few chances to qualify to Euro 2017. 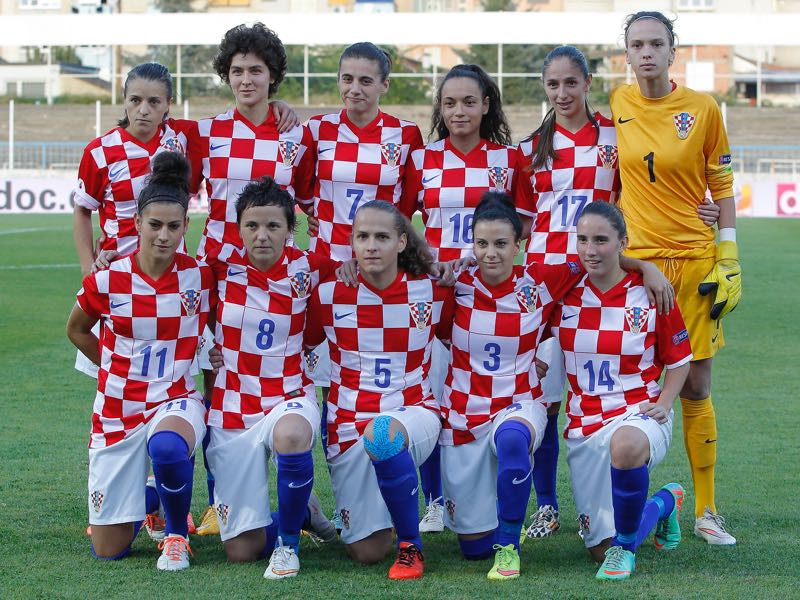 Croatia’s women’s football national team ahead of a qualification match against Germany.(Photo by Srdjan Stevanovic/Bongarts/Getty Images)

Among the former Yugoslav countries, Serbia is the one team that collected the most points in the European cup qualification matches. The competition was fierce against England, which made it to the cup’s semifinal, and Belgium, with Serbia battling to the last point unfortunately to no avail. While qualification slipped away for a few points, being able to fight for a seat at Euro 2017 is the result of long-term investments of the Football Federation of Serbia (FSS), which has been supporting summer camps of women’s youth teams and developing football among young cadets, women and men alike. The conduct of the FSS shows the seriousness of the approach to women’s teams in Serbia, and the high UEFA/FIFA rankings are a testament to the good work done so far. 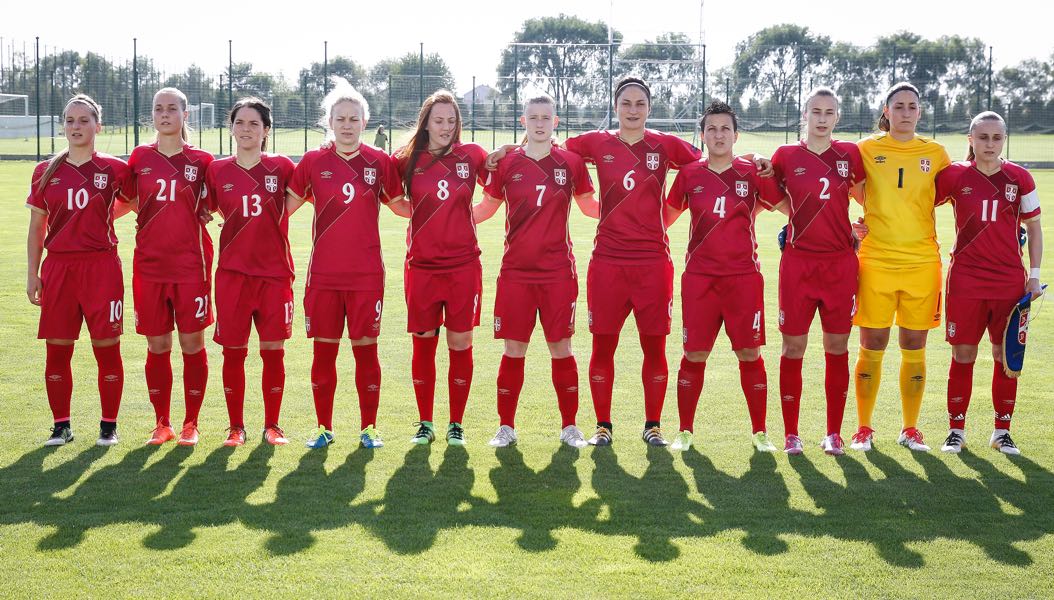 The Serbian women’s football team did well against England in the European Championship qualifiers. (Photo by Srdjan Stevanovic/Getty Images)

Progress in recent years is a harbinger of hope, yet the road is still long. Slovenia is investing in grassroots football development, whereby high-school students are encouraged to play football as a team sport. The competition system is well-structured down to the youth leagues, although overall there are few first-league teams that are solidly competitive, perhaps because it is hard to make football a full-time professional occupation. 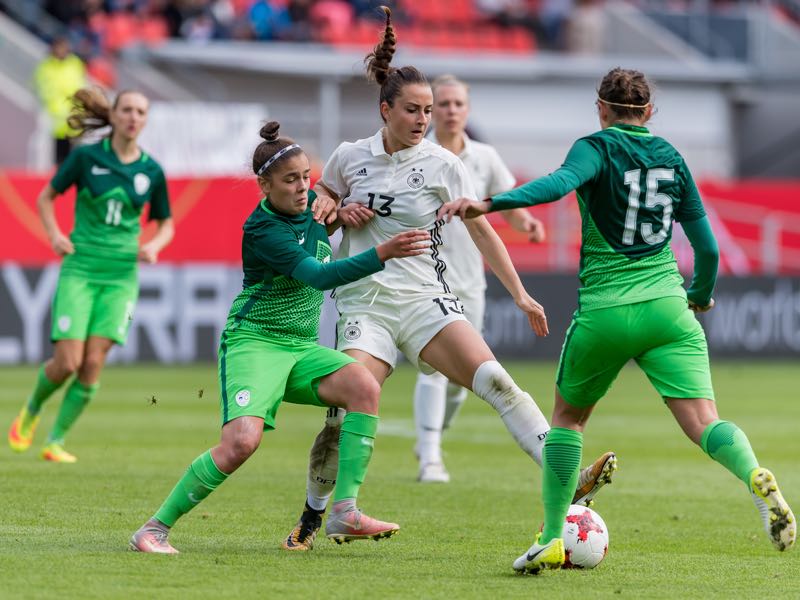 Women’s Football in Bosnia and Herzegovina

The Football Federation of Bosnia and Herzegovina (NSBiH) organizes preparations for young people and is thus investing into the sport’s future, but during the qualifications for the 2017 European Championship Bosnia reached the fourth place, 9 points behind Serbia. While on the one hand, the assessment is that NSBiH might have found the right approach to the development of women’s football, on the other World Cup qualifying matches against Russia and Great Britain are likely to be a hard nut to crack. 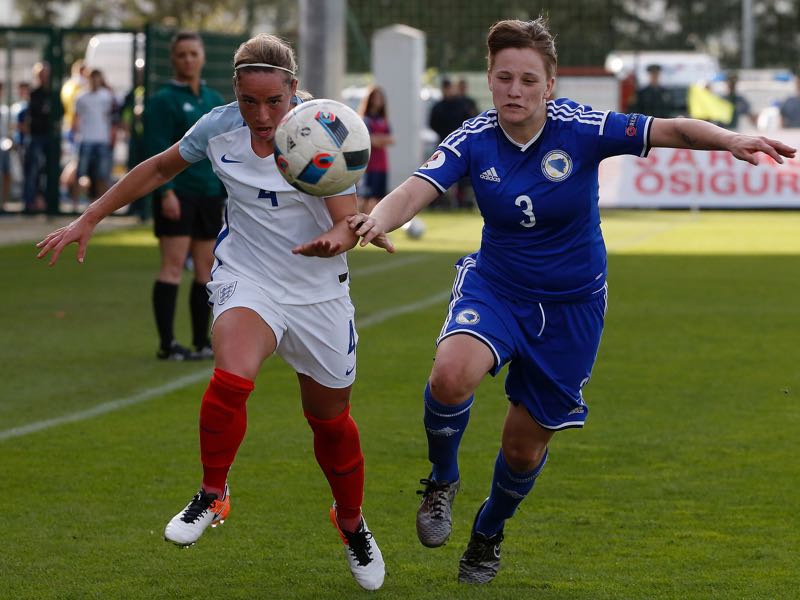 Valerio is an international Roman, as he likes to summarize his errands in less than a tweet. His adventure as a reporter started way back in the analogue days at the university magazine, later writing for regional and national publications on sport, politics, and economics, always with a penchant for the post-East. Curiosity and ambition brought him, in fact, to study and work to different latitudes – Russia, the U.S.A., the U.K., Kazakhstan, the Balkans – and professional shores, although he is a “wordsmith” deep in his soul, testament of which are his chapters in the recent Italian book “Football and Sickle. Stories from Socialist Football“. His teams at Italy’s fantacalcio are Dinamo Astana and Olimpija Burek Ljubljana, just to make sure the transition from Futbolstrojka is complete.