Ukraine come into Euro 2020 as outsiders to win the tournament, but the Eastern European side, led by national legend Andriy Shevchenko should not be underestimated.

Since taking over after a disappointing Euro 2016 campaign, Shevchenko has built an impressive team with several top European players included in his squad. Ukraine were unbeaten in their qualification group for Euro 2020, finishing top in Group B ahead of current European champions Portugal.

Despite a recent dip in form, with two wins in their last nine competitive international fixtures, Ukraine have shown they can compete with the top teams in Europe. Shevchenko’s side held France to a 1-1 draw in the last round of World Cup 2022 qualifiers, and they beat Spain 1-0 at home in the Nations League in October 2020.

The Yellow and Blue will be among the favourites to progress from Group C at the Euros as they take on the Netherlands, North Macedonia and Austria as highlighted in this infographic. The group appears as one of the easiest but as we know in football, nothing can ever be taken for granted. 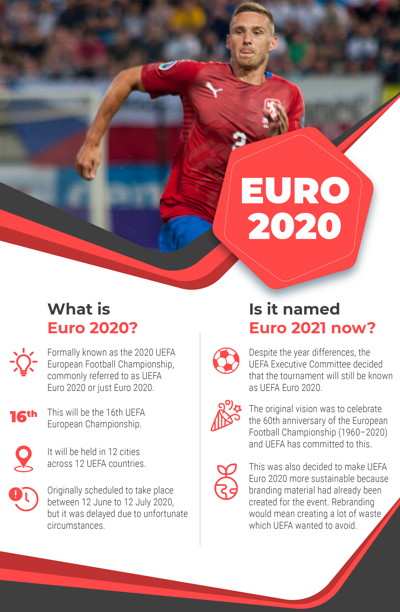 One of Ukraine’s best talents is Man City defender Oleksandr Zinchenko. The 24-year-old has been a regular starter at left-back for the Premier League champions this season, playing 32 matches.

However, Zinchenko plays a different role for his national team as an attacking midfielder in Shevchenko’s preferred 4-3-3 formation. Zinchenko has become a regular for Ukraine under Shevchenko, and the Ukraine boss has put faith in the talented City player, making him captain in the three World Cup qualifiers against France, Finland and Kazakhstan in March.

In attack, Ukraine have several dangerous players who could make a difference at Euro 2020. Gent striker Roman Yaremchuk has been in excellent form this season, scoring 20 goals in 34 appearances for his club. Yaremchuk also played a leading role in helping Ukraine secure qualification for Euro 2020. He finished the qualifying campaign as the nation’s top scorer with five goals and two assists in just six starts in Group B.

Atalanta midfielder Ruslan Malinovskyi is another attacking outlet for Ukraine. The creative midfielder has been a regular in Serie A this season, helping Atalanta finish third in Serie A with eight goals and 12 assists.

Malinovskyi is a Ukraine regular and the nation’s playmaker, and he was another influential figure in the successful Euro 2020 qualifying campaign. The 28-year-old regularly partnered Zinchenko in midfield and finished the qualifiers with four assists and three goals in eight appearances.

Since becoming a FIFA member in 1992, Ukraine have progressed from the group stages of a major competition once. They reached the quarter-finals of the 2006 World Cup in Germany after finishing second in their group.

Ukraine have not been as successful in the Euros. The Eastern European nation failed to qualify for the four European Championships between 1996 and 2008. When they have reached the finals, Ukraine have recorded just one win in their six matches over Euro 2012 and 2016, a 2-1 win against Sweden, with Shevchenko scoring both goals.

However, Shevchenko’s side will make their third consecutive appearance in the Euros this year, and they will look to bring their good form from the qualifying stages into the finals this summer.