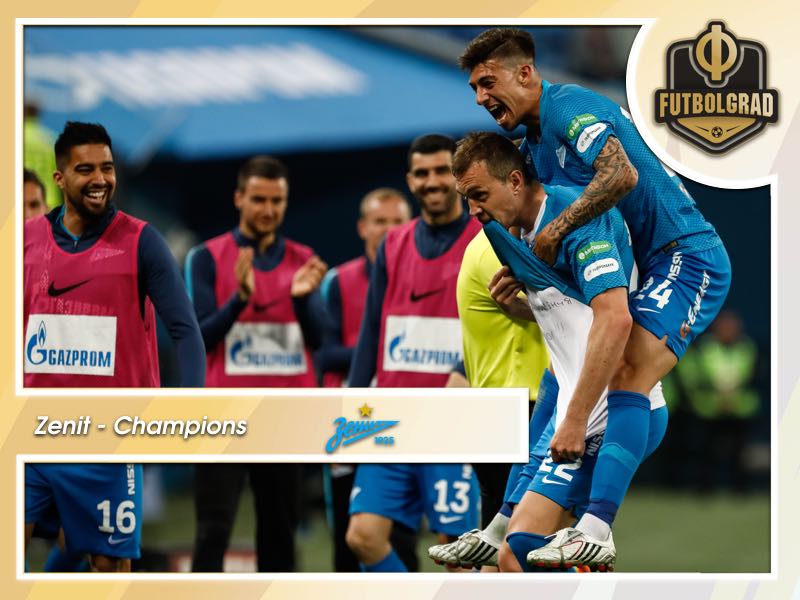 What is next for Russian champions Zenit?

Zenit are back where they belong. Although the Russian giants managed just a 1-1 draw against Akhmat Grozny on Saturday, the club was crowned champions on their flight back from the Caucasus to St. Petersburg when second-placed Lokomotiv Moscow lost 2-0 on the road to Arsenal Tula.

Although most bonuses and free bet offers for the football have had Zenit as the favourites to win the league this season, it was not always that clear. After all, Zenit struggled towards the tail end of the first half of the season. Going into the winter break lacklustre results, in fact, have meant that Krasnodar had come dangerously close to upset the apple-cart and challenge the Sine-Belo-Golubye for the title.

There were, however, good reasons for Zenit’s results to somewhat drop ahead of the winter break. In fact, there were three major factors. Number one Zenit were forced to participate in the early rounds of the UEFA Europa League where they were on the brink of elimination by Belarusian rivals Dinamo Minsk.

Only an early return by Artem Dzyuba meant that elimination was avoided in what turned out to be an 8-5 aggregate victory by Zenit. Dzyuba, however, also had been a key player for Russia at the 2018 FIFA World Cup and by the time November had come Dzyuba, and, therefore, Zenit, were struggling.

Added to that were the scandal that involved Zenit striker Aleksandr Kokorin. The forward was supposed to be a major component of Sergey Semak’s attacking football, but a rampage with his friend Pavel Mamaev meant that the forward had spent the last eight months in a Moscow jailcell where he is awaiting sentencing.

Defeats to CSKA Moscow, Arsenal Tula and Rubin Kazan meant the gap at the top of the table became dangerously thin. What followed, however, turned out to be some brilliant winter business by Zenit’s management that in the end would secure the club their fifth Russian championship.

First up the club sold Leandro Paredes to Paris Saint-Germain for €40 million. Paredes is a brilliant player, but it became apparent that the Argentine did not want to continue his career in Russia and with PSG looking for a central midfielder Zenit were more than willing to take the money.

That money was then quickly re-invested in three players that, in the end, more or less secured Zenit the championship.

First up Zenit bought Wilmar Barrios from Boca Juniors. The defensive midfielder was not a like-for-like replacement for Leandro Paredes but instead more of a defensive midfielder that provided Zenit with the sort of stability that the club needed in midfield. With him, in the squad, Zenit have conceded just ten goals in the last ten RPL games. 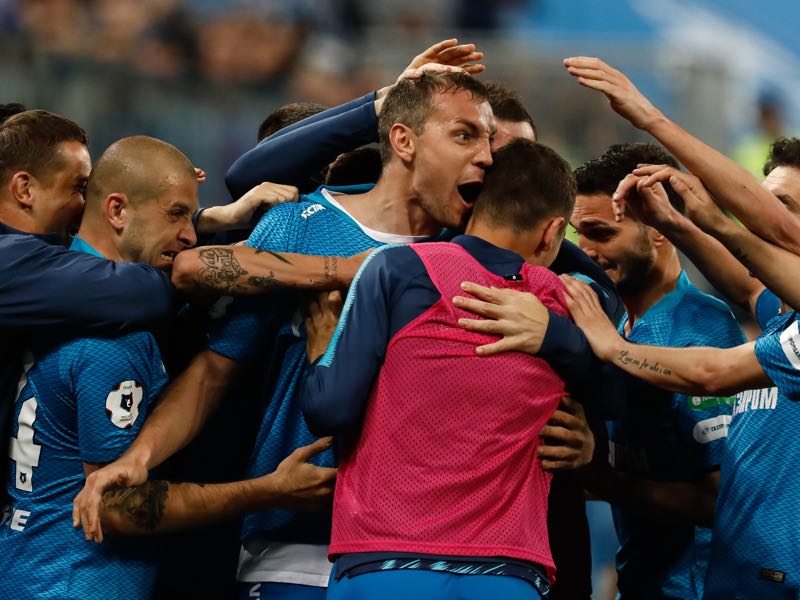 Speaking of defensive stability. Barrios was not the only defensive anchor added. Coming in from Shakhtar Donetsk the club also signed Yaroslav Rakitskiy. Back in Ukraine, this was a controversial transfer, after all, Zenit are owned by Gazprom, the very company that helps fuel Russia’s conflict in the Donbass.

For Rakitskiy and Zenit, however, this was a logical transfer. After all, the defender has family in St. Petersburg and is a Russian speaker. On the pitch, the defender soon became a force of nature. A brilliant freekick taker Rakitskiy managed to score three goals and played all ten games in the second half of the season for Zenit — with him in the side the club’s record is W7 D3.

The final piece of the puzzle was Iranian forward Sardar Azmoun. Linked with a move to Western Europe and even MLS, Azmoun’s career had somewhat stalled at Rubin Kazan. Since joining Zenit, however, the Iranian has scored eight goals and one assist in just ten games.

What is next for Zenit?

Looking at Azmoun, however, also opens up a question for Zenit. After all, what is next for the Russian giants?

Winning the RPL means that Zenit will once again return to the UEFA Champions League. In the past, this has been a competition that has frustrated Zenit. The club are quite open about the fact that they would like to reach the later stages of this competition, simply because Zenit are a marketing vehicle for Gazprom and, by extension, the Russian government.

European success is necessary for Zenit’s existence. But European success can only be achieved by keeping this side together. That will not be easy even with the additional finances that participating in Europe’s premium competition will provide.

Azmoun, in particular, has caught the eye of several European top clubs. Furthermore, with UEFA Financial Fair Play keeping a close eye on the Russians, selling top players will always be a necessity.

At the same time, Champions League football could entice Azmoun to stay to at least until the winter. Playing in Europe’s biggest competition, in fact, should help him to increase his market value. Until then, however, it will be a big party in Russia’s window to the west, as St. Petersburg is known, because that window is now wide open as the Russian champions will soon welcome Europe’s elite once again.