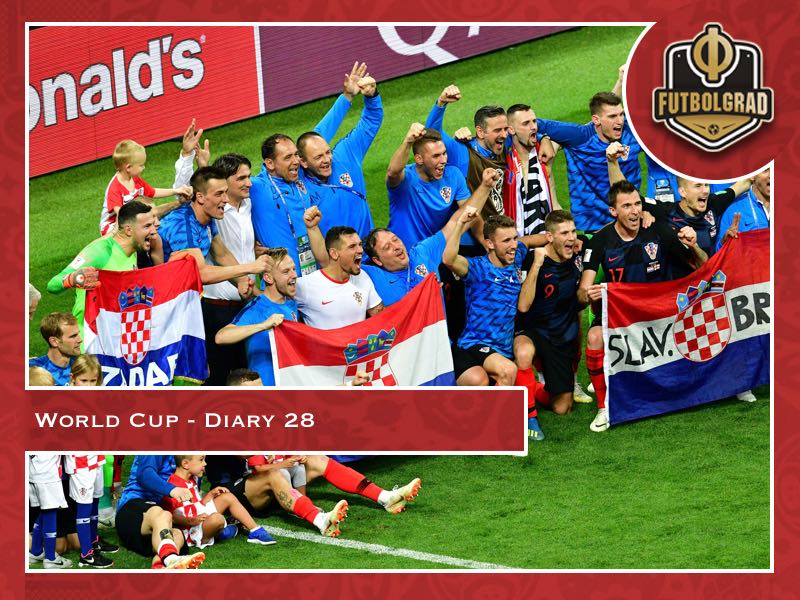 World Cup Diary – Day 28: Croatia are through to the final

The World Cup is entering its final phase. On Sunday we will have the main event of the tournament as France will take on Croatia, who keep surprising the world. The Vatreni kicked out England on Wednesday to reach their first ever World Cup final.

England run out of steam

England are not going home, but they are not staying in Moscow either. The Three Lions were beaten 2-1 after extra-time by Croatia.

The run of the English national team took many by surprise, but England manager Gareth Southgate had done a remarkable job in unifying a team of young and inexperienced players. “If you are going this far you want to go all the way,” a disappointed Southgate would later tell the press at the press conference.

“We can be very proud of what we achieved,” Southgate added. It is true England can be proud, and the manager has now laid the foundation for bigger and grander things to come. England have won both the U-17 and the U-20 World Cups in 2017.

“We have to hit quarterfinals, semifinals and finals on a consistent basis. That needs to be our ambition,” Southgate concluded following the match. Hence, while many England fans will be disappointed the tournament could set the stage for greater things to come.

The final would have been a step too far

While the England story has been a great one to follow the World Cup will be better off without England in the final. The Three Lions are a young and exciting team. But at the same time, England beat Tunisia, Panama and James Rodriguez less Colombia before eliminating a very limited Sweden side.

The final should be about the best teams making the final and England, in many ways, were very fortunate to be placed on the weaker bracket of the tournament. Croatia was the first side, other than the meaningless group stage defeat to Belgium, in which England had to face serious opposition.

Hence, it was only a matter of time for this young England side to be found out. That is exactly what happened against Croatia, a side that showed its entire array of experience to slowly but surely take over the game and to advance without to many problems despite going down a goal early.

Croatia is the finalist the tournament needs

What about this Croatia side then. Striker Mario Mandžukić’s death stare before the match went around the world. The Croatian players appeared so determined to make this step to the final despite having played 240 minutes in the two previous matches.

For the first 60 minutes, England were in control. But then Croatia slowly but surely took over the match and after equalising the result never really seemed in doubt. The most remarkable aspect was that Croatia were carrying several injuries into the game.

“Nobody wanted to be substituted, they just wanted to carry on. They are an amazing bunch of players,” Dalić explained to the media after the match. The stamina of this Croatia side has been indeed impressive. The Vatreni have now played 360 minutes in the last three matches, which is, in essence, another full 90 minutes played. 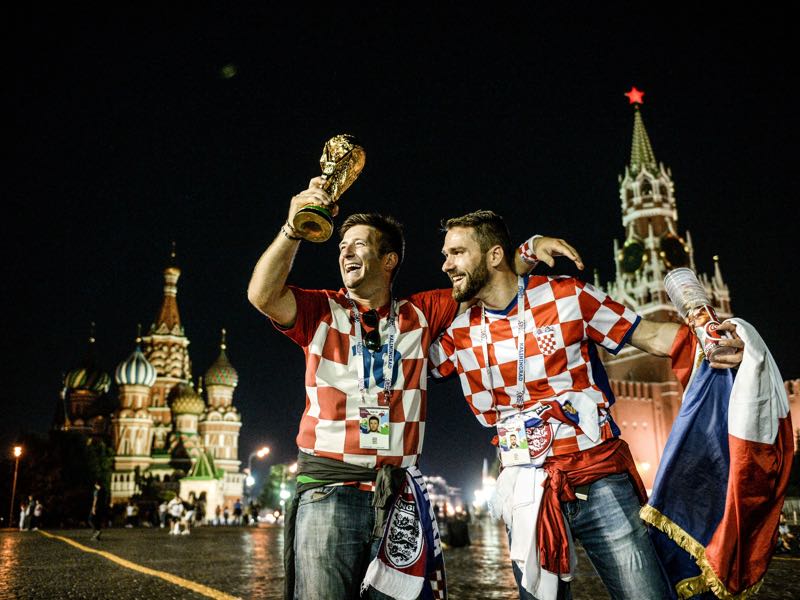 Croatia fans can now dream about winning the World Cup Croatia’s players celebrate after winning the Russia 2018 World Cup semi-final football match between Croatia and England at the Luzhniki Stadium in Moscow on July 11, 2018. (Photo by Mladen ANTONOV / AFP)

There is another aspect, however. Dalić has spoken very little about tactical concepts. In fact, this Croatia side is not about concepts at all. As Aleksandar Holiga pointed out in a recent Guardian piece “Croatia are the masters of improvisation”.

Where most other teams have extravagant tactical concepts and elaborate youth development schemes, Croatia lack a clear system in both. Dalić, in fact, appears to put the best eleven players on the pitch and let them play football. It is a remarkably refreshing approach in a time in which each match is over analysed, and some of the big countries rely on armies of scouts ahead of games.

The greatest part of Croatia, therefore, is that the Vatreni highlight the basics of football. Croatia are simply a collection of great individual talent that are very good at playing football. There is a pure beauty about that, and it is the greatest story of this World Cup.

Loading...
Newer Post
Belgium and England face each other in the thankless little final
Older Post
Croatia make history and advance to their first ever final in the expense of England